Did He Jiankui ‘Make People Better’? Documentary spurs a new look at the case of the first gene-edited babies 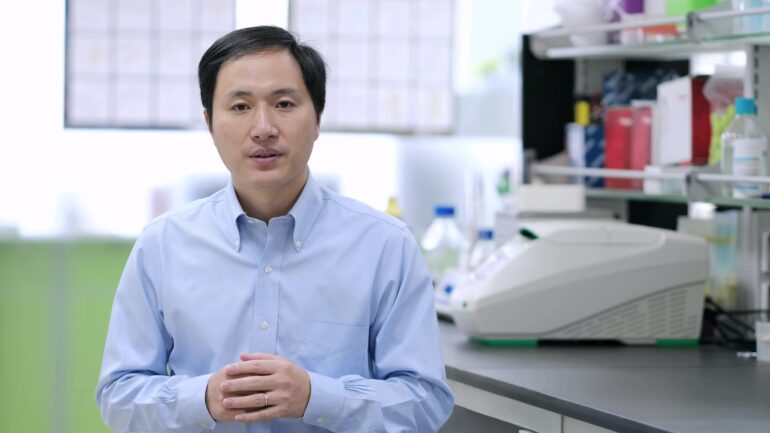 In the four years since an experiment by disgraced scientist He Jiankui resulted in the birth of the first babies with edited genes, numerous articles, books and international commissions have reflected on whether and how heritable genome editing – that is, modifying genes that will be passed on to the next generation – should proceed. They’ve reinforced an international consensus that it’s premature to proceed with heritable genome editing. Yet, concern remains that some individuals might buck that consensus and recklessly forge ahead – just as He Jiankui did.

Some observers – myself included – have characterized He as a rogue. However, the new documentary “Make People Better,” directed by filmmaker Cody Sheehy, leans toward a different narrative. In its telling, He was a misguided centerpiece of a broader ecosystem that subtly and implicitly supported rapid advancement in gene editing and reproductive technologies. That same system threw He under the bus – and into prison – when it became evident that the global community strongly rejected his experiments.

Creation of the ‘CRISPR babies’

“Make People Better” outlines an already well-documented saga, tracing the path of He from a promising young scientist at Rice and Stanford to a driven researcher establishing a laboratory in China that secretly worked to make heritable genome editing a reality.

He’s experiment involved using the CRISPR-Cas9 technique. Sometimes compared to “molecular scissors,” this precision tool allows scientists to make very specific edits to DNA in living cells. He used CRISPR to alter the CCR5 gene in human embryos with the goal of conferring immunity to HIV. These embryos were brought to term, resulting in the birth of at least three children with altered DNA.

The revelation of the births of the first gene-edited babies in November 2018 resulted in an international uproar. A laundry list of ethical failings in He’s experiment quickly became evident. There was insufficient proof that editing embryos with CRISPR was safe enough to be done in humans. Appropriate regulatory approval had not been obtained. The parents’ consent was grossly inadequate. And the whole endeavor was shrouded in secrecy.

Three figures play a central role in “Make People Better”‘s study of He Jiankui. There’s Antonio Regalado, the reporter from MIT Technology Review who broke the original story. There’s Ben Hurlbut, an ethicist and confidante of He. And there’s Ryan (the documentary withholds his full identity), a public relations representative who worked with He to make gene editing palatable to the world. He Jiankui himself was not interviewed, though his voice permeates the documentary in previously unreleased recordings by Hurlbut.

Regalado and Hurlbut have already written a