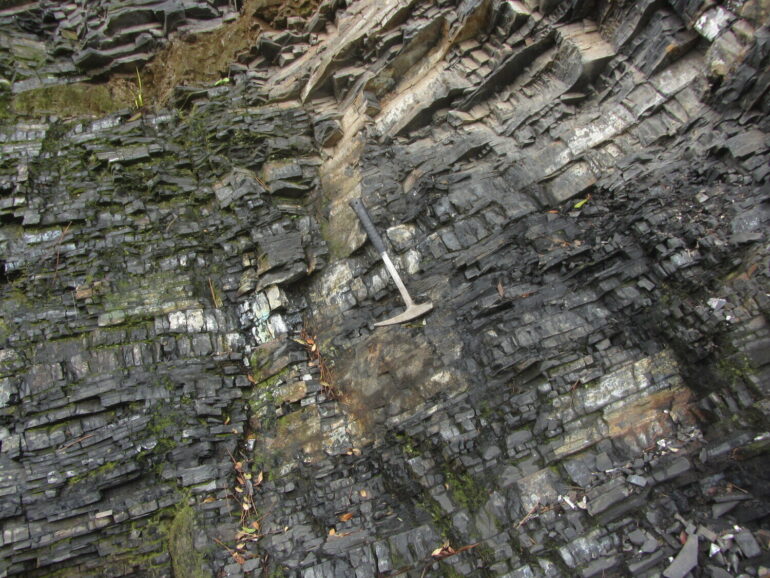 Several billion years ago, the oceans were probably not as hot as often assumed, but were instead at much more moderate temperatures. This is the conclusion of a research team from the University of Göttingen and the German Research Centre for Geosciences (GFZ), Potsdam.

The scientists analyzed “cherts”—sedimentary rocks that form from seawater and the remains of silica-secreting creatures. Using these “time capsules”, the team showed that the oxygen isotope ratios are determined by the cooling of the solid Earth and depend less on the temperatures of seawater. The results were published in PNAS.

How can it be that ancient cherts—between 3.85 and 2.5 billion years old—are so highly enriched with the lighter oxygen isotope (oxygen-16 or 16O)? What information do these valuable time capsules actually record about the history of our Earth? To investigate this decades-old mystery in the geosciences, the research team examined circa 550 million years old cherts from southeast China.

These samples document that after the deposition of sedimentary mud, the amorphous precursors of cherts recrystallize hundreds of meters below the Earth’s surface, recording temperatures at depth—and not the temperature of the ocean above them. This finding sparked the idea that oxygen isotope ratios could depend on the heat flow from the Earth’s interior—a completely new angle on the old mystery.

“Our calculations show that when the flow of heat is higher, the proportion of oxygen-16 becomes higher, because recrystallisation takes place at higher temperatures,” says Junior Professor Michael Tatzel from the Geosciences Centre of the University of Göttingen. At the same time, seawater is enriched with oxygen-16 under these conditions.

This solves the puzzle of why there is a large proportion of the lighter oxygen isotope in ancient cherts: heat flow on the early Earth was approximately double modern values. “Cherts are obviously no accurate recorders of seawater temperatures in the past. Our findings mean that we need to interpret oxygen isotopes in cherts in a whole new way,” says Tatzel.

Co-author Patrick Frings from GFZ Potsdam adds, “I think this work will open the door to some exciting new developments in the coming years, because our understanding of the heat flow effect will allow more accurate reconstructions of seawater temperatures in deep geological time. In addition, we will be able to decipher the thermal structure and tectonic history of ancient sedimentary basins.”

The calculated effect of heat flow on oxygen isotopes in cherts also means that the isotopically light Archean cherts are indicative of a temperate to warm climate on early Earth—hot oceans seem very unlikely. This conclusion is central to understanding the evolution of life on the young Earth.