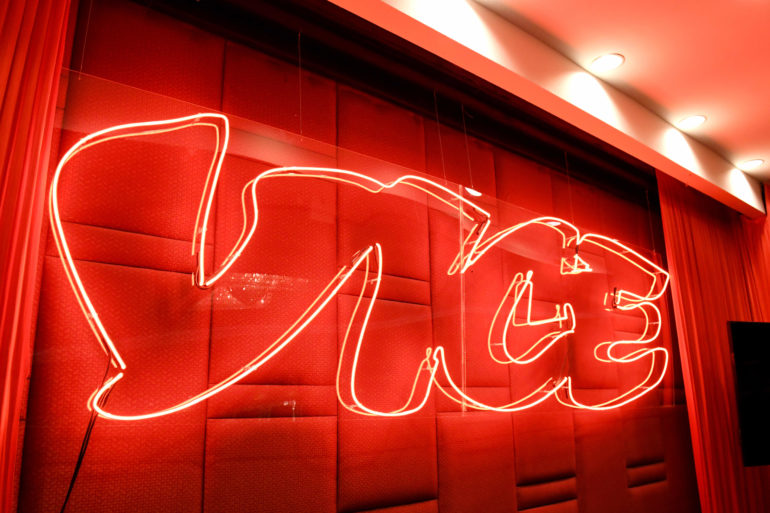 The digital media industry has reached a strategic crossroads.

Earlier this year, special purpose acquisition vehicles (SPACs) appeared to be the long-awaited savior of digital media companies. BuzzFeed, Vice, Bustle Digital Group and others with venture capital backing had a plan to pay back investors with publicly traded stock. A few of the largest players would go public first, and those companies would then roll up smaller peers, paying with equity to get deals done. The end result would be a handful of larger digital media entities with enough global scale to survive.

But when the Securities and Exchange Commission cracked down on SPAC accounting practices in April, the booming market came to a near standstill. In the first quarter, there were an average of 89 new SPACs issued each month, according to Bespoke Investment Group. From April through late August, issuance has dropped to an average of fewer than 10 per month.

While issuance has plummeted, remaining SPACs are aggressively hunting for deals. July had the second-highest month of SPAC transactions ever on record.

Still, the recent performance of already-completed deals has been lackluster. Prices for the overall space are at the lowest levels since late 2020, said Bespoke. This is affecting SPACs that haven’t found targets yet. Of the 426 post-IPO SPACs which have not yet announced a deal, the average is trading 31 basis points below its IPO price, said Bespoke. In other words, investors are assuming that target companies will be increasingly undesirable.

This confused market, with many SPACs still hunting for deals but very few new SPACs forming and a clear skepticism pervading transactions, has caused some digital media companies to hang on to the SPAC dream while others are rejecting the blank-check companies as merely a fad.

The first group continues to believe SPACs are the best way forward. Digital media entities provide steady growth, reliable revenue and aren’t as fanciful with projections as some of the companies that have led to the SPAC downturn, said Bryan Goldberg, Chief Executive Officer at Bustle Digital Group.

“Broadly speaking, SPAC mania has gone sideways, but that doesn’t apply to the digital media world,” said Goldberg. “There’s been a shift from growth to value. That should help digital media founders. What Wall Street normally considers a bargain may be an attractive multiple to media CEOs.”

Bustle plans to pursue a SPAC later this year or early next year, said Goldberg.

This past week, Forbes announced it had reached an agreement to go public via SPAC after reaching a deal at an implied $630 million valuation with the blank check entity Magnum Opus Acquisition. The same day Forbes announced its deal, Axel Springer agreed to pay about $1 billion for Politico, another digital media company.

While that $1 billion exit may seem routine to many large institutional investors, it’s meaningful to digital media founders. Very few companies in the industry have sold at a multiple as high as 5x revenue, Goldberg noted. Politico generates about $200 million in annual revenue. That’s a bullish sign for an industry that’s come back to life after pandemic quarantines in 2020 briefly rocked advertising revenues.

BuzzFeed has also already found a SPAC partner, though, like Forbes, it hasn’t yet started trading publicly. BuzzFeed in June agreed to merge with 890 Fifth Avenue Partners at a $1.5 billion valuation. Chief Executive Officer Jonah Peretti said publicly he expects BuzzFeed to be an aggressive acquirer of other digital media companies — providing another off-ramp for founders who may feel uneasy about pursuing a SPAC, themselves.

Group Nine, which owns digital brands such as NowThis, Thrillist, The Dodo and PopSugar, has already launched a SPAC that it will use to take itself public — but only after it finds a merger partner or partners to bulk up the size of the company.

Group Nine’s SPAC, which went public in January, has an added layer of complexity because it involves merging a target with an existing company, rather than just going public through an empty vessel. Group Nine has taken the entire year to scout targets and has held conversations with dozens of companies, according to people familiar with the matter. Finding the correct cultural and financial fit, with CEOs willing to work together, has bogged down deal talks with several companies, the people said. Still, Group Nine expects to announce a deal soon, according to a person familiar with the matter. A Group Nine spokeswoman declined to comment.

Vice Media Group’s efforts to go public via SPAC have stalled as so-called PIPE (private investment in public equity) investors balked at the company’s valuation, according to people familiar with the matter. While Vice hasn’t given up hope on a SPAC yet, it currently has no specific timetable to go public, said the people. A Vice spokesperson declined to comment.

Vox Media has also held conversations with a number of different SPACs but hasn’t made a decision to pursue a deal, according to people familiar with the company’s thinking. Vox is profitable and may choose to forgo a SPAC for some of the same reasons to move forward: business is good and steadily improving. For private companies that don’t need the public capital, and don’t have pushy early shareholders itching to get a return on their investments, there may not motivation to do a transaction now.

Axios, the digital news site that pulled out of talks to be acquired by Axel Springer in July, and Penske Media Group, which owns publications including “Variety,” “Rolling Stone,” and “Hollywood Reporter,” are among companies that aren’t pursuing SPACs, according to people familiar with the matter.

Penske has been approached by eight different SPACs but has no interest in pursuing a deal given the current market, according to a company spokesperson.

“We haven’t pursued or entertained such discussions, as we believe it is a short-term game to provide liquidity for opportunistic/greedy investors or fledgling companies who cannot get public through a traditional IPO process,” a Penske spokesperson said. “We remain focused on long-term shareholder value, not on the latest investor fad.”

If skepticism of SPACs grows among the industry, the grand plan of consolidating and surviving as publicly traded entities may collapse. January’s SPAC Pax Romana may end up a lot like the Roman Empire’s.

WATCH: Buzzfeed CEO on going public via a SPAC merger