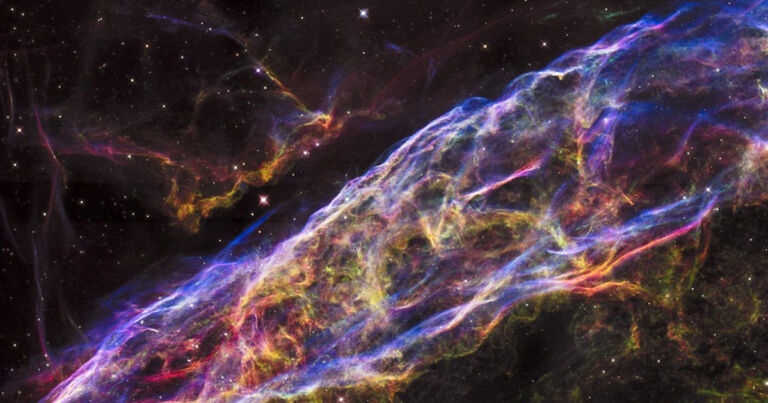 Scientists have found new evidence that Earth has been moving through the remains of exploded stars for at least the last 33,000 years.

In a new study published in the journal Proceedings of the National Academy of Sciences, a team of Australian researchers describe how they extracted a special isotope of iron called iron-60 from five deep-sea sediment samples using mass spectrometry.

That’s illuminating, because as the researchers wrote in their paper, the isotope is “predominantly produced in massive stars and ejected in supernova explosions.” In other words, iron-60 is left over after a star explodes.

And because iron-60 is radioactive and decays in 15 million years, the theory is that our planet is continuously being dusted with the stuff as it’s moving through the “Local Interstellar Cloud,” a region of unclear origins made up of gas, dust, and plasma.

“These clouds could be remnants of previous supernova explosions, a powerful and super bright explosion of a star,” Anton Wallner, nuclear physicist at the Australian National University, and lead author of the paper, said in a statement.

The researchers were trying to validate other iron-60 findings in samples from the Antarctic by sampling deep-sea samples dating back to 33,000 years ago.

It’s far from the first time researchers have found traces of iron-60. Previous samples showed traces of the isotope dating back to as far back as 2.6 to six million years ago.

By looking at samples of a far more recent era in our planet’s history, Wallner and his team was attempting to find answers to the mysteries behind the cloud our planet is moving through: what it’s made of and where it came from.