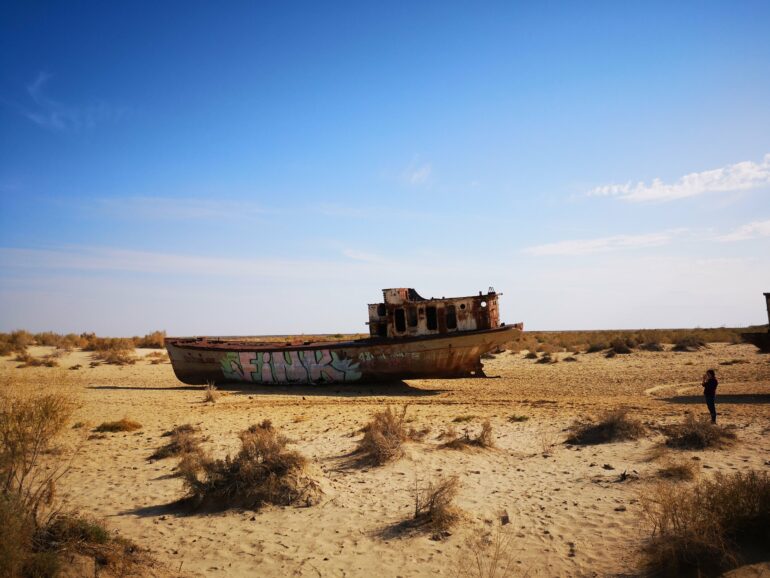 A severe agriculture drought swept Central Asia in 2021 in its early growing season, causing mass die-offs of crops and livestock and leading to increased food prices.

This harsh drought is not an independent event but an intensification of a drying trend since the 1990s. Whether the worsening agriculture droughts will continue in the future is of great concern to both the public and the scientific community.

Dr. Jiang Jie and Prof. Zhou Tianjun from the Institute of Atmospheric Physics (IAP) of the Chinese Academy of Sciences have investigated past changes in agriculture droughts across Central Asia and made projections about future changes. They found that the aggravation of agricultural droughts across southern Central Asia in its early growing season since 1992 was caused by the combination of anthropogenic forcing and internal variability associated with the Interdecadal Pacific Oscillation (IPO). They also found that human-induced reduction in soil moisture will be aggravated in the future due to the rapidly warming climate.

The study was published in Nature Geoscience on Jan. 12. It was based on multiple pieces of evidence, including observations and large ensemble simulations provided by the U.S.’s National Center for Atmospheric Research, Germany’s Max Planck Institute and Australia’s Commonwealth Scientific and Industrial Research Organization.

The researchers found that anthropogenic external forcing and the natural internal variability of the climate system together have led to aggravated droughts since the 1990s by modulating long-term changes in meteorological factors, including temperature and precipitation.

“The anthropogenic external forcing includes anthropogenic changes in greenhouses gases, aerosols, and land use, etc., and mainly refers to the increase in greenhouse gas concentrations in this research,” said Dr. Jiang. The continued emission of greenhouse gases has resulted in a rapid warming across Central Asia, which has further led to increased evapotranspiration and reduced soil moisture in this region.

The prominent natural variability that influences Central Asian droughts is a long-term oscillation of sea surface temperatures in the Pacific Ocean, i.e., the IPO, which waxes and wanes every 20 to 30 years. The recent IPO cycle since the 1990s, from a warmer than normal sea surface in the tropical central-eastern Pacific to a cooler than normal condition, resulted in reduced spring rainfall across southern Central Asia and a subsequent decrease in soil moisture in the early growing season.

“Both the human-induced warming and the IPO-dominated reduction in spring rainfall led to soil moisture deficits over southern Central Asia, and finally the aggravated agricultural droughts in the past three decades,” said Dr. Jiang.

The scientists also extended their study to include future projections. They examined the impact of anthropogenic external forcing and the IPO on future changes in agricultural droughts across Central Asia under the RCP8.5 scenario. Dominated by human-induced warming, the droughts in Central Asia will worsen in this century. Even if the IPO begins a warm phase that is favorable to more precipitation in the next few decades, it would still have difficulty countering worsening droughts.

“The IPO could not counterbalance the human-induced drying trend over Central Asia, but it could modulate the drying rate in the near-term,” said Prof. Zhou Tianjun, corresponding author of the study.