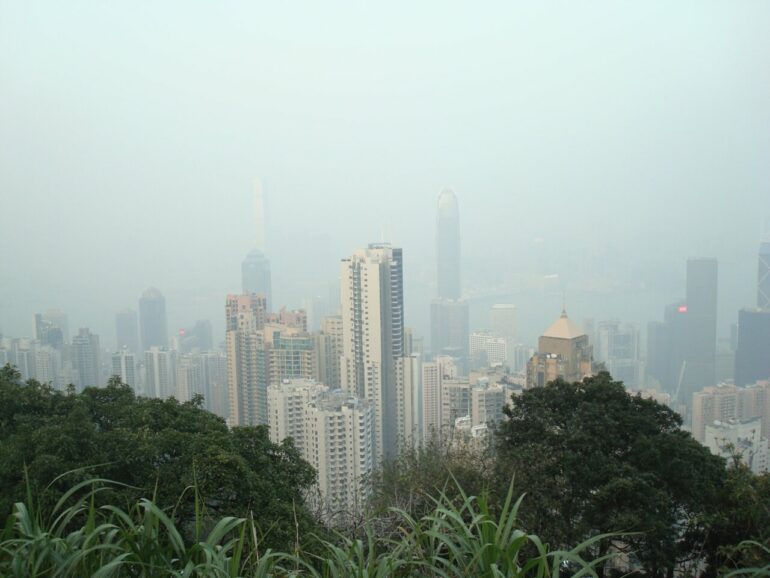 The international team of scientists aimed to address data gaps in air quality for 46 future megacities in Africa, Asia and the Middle East using space-based observations from instruments onboard NASA and European Space Agency (ESA) satellites for 2005 to 2018.

Published today in Science Advances, the study reveals rapid degradation in air quality and increases in urban exposure to air pollutants hazardous to health. Across all the cities, the authors found significant annual increases in pollutants directly hazardous to health of up to 14% for nitrogen dioxide (NO2) and up to 8% for fine particles (PM2.5), as well as increases in precursors of PM2.5 of up to 12% for ammonia and up to 11% for reactive volatile organic compounds.

The researchers attributed this rapid degradation in air quality to emerging industries and residential sources like road traffic, waste burning, and widespread use of charcoal and fuelwood.

Lead author Dr. Karn Vohra (UCL Geography), who completed the study as a Ph.D. student at the University of Birmingham, said: “Open burning of biomass for land clearance and agricultural waste disposal has in the past overwhelmingly dominated air pollution in the tropics. Our analysis suggests we’re entering a new era of air pollution in these cities, with some experiencing rates of degradation in a year that other cities experience in a decade.”

According to the study, the increase in the number of people dying prematurely from exposure to air pollution was highest in cities in South Asia, in particular Dhaka, Bangladesh (totaling 24,000 people), and the Indian cities of Mumbai, Bangalore, Kolkata, Hyderabad, Chennai, Surat, Pune and Ahmedabad (totaling 100,000 people).

The researchers say that while the number of deaths in tropical cities in Africa are currently lower due to recent improvements in healthcare across the continent resulting in a decline in overall premature mortality, the worst effects of air pollution on health will likely occur in the coming decades.

Study co-author Dr. Eloise Marais (UCL Geography) said: “We continue to shift air pollution from one region to the next, rather than learning from errors of the past and ensuring rapid industrialization and economic development don’t harm public health. We hope our results will incentivize preventative action in the tropics.”

Cities analyzed in the study: