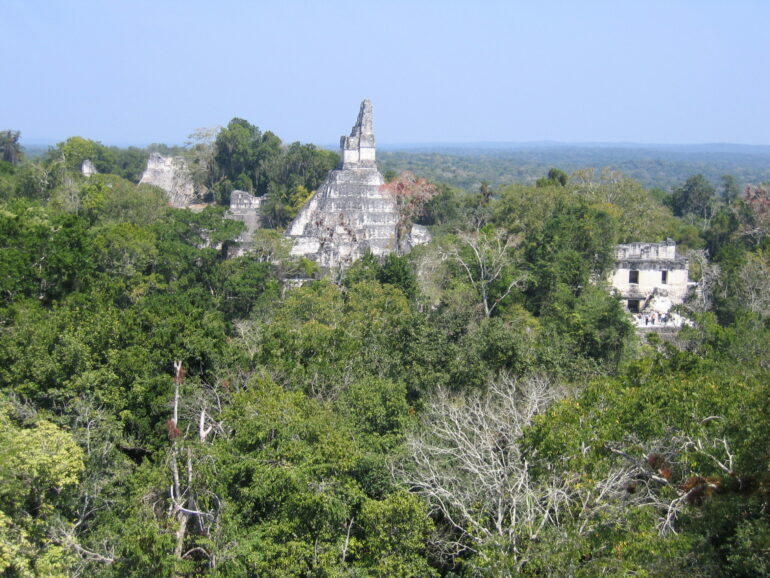 The cities of the ancient Maya in Mesoamerica never fail to impress. But beneath the soil surface, an unexpected danger lurks there: mercury pollution. In a review article in Frontiers in Environmental Science, researchers conclude that this pollution isn’t modern: it’s due to the frequent use of mercury and mercury-containing products by the Maya of the Classic Period, between 250 and 1100 CE. This pollution is in places so heavy that even today, it pose a potential health hazard for unwary archeologists.

Lead author Dr. Duncan Cook, an associate professor of Geography at the Australian Catholic University, said: “Mercury pollution in the environment is usually found in contemporary urban areas and industrial landscapes. Discovering mercury buried deep in soils and sediments in ancient Maya cities is difficult to explain, until we begin to consider the archeology of the region which tells us that the Maya were using mercury for centuries.”

For the first time, Cook and colleagues here reviewed all data on mercury concentrations in soil and sediments at archeological sites across the ancient Maya world. They show that at sites from the Classical Period for which measurements are available— Chunchumil in today’s Mexico, Marco Gonzales, Chan b’i, and Actuncan in Belize, La Corona, Tikal, Petén Itzá, Piedras Negras, and Cancuén in Guatemala, Palmarejo in Honduras, and Cerén, a Mesoamerican ‘Pompeii’, in El Salvador –mercury pollution is detectable everywhere except at Chan b’i.

Concentrations range from 0.016 ppm at Actuncan to an extraordinary 17.16 ppm at Tikal. For comparison, the Toxic Effect Threshold (TET) for mercury in sediments is defined as 1 ppm.

What caused this prehistoric mercury pollution? The authors highlight that sealed vessels filled with ‘elemental’ (ie, liquid) mercury have been found at several Maya sites, for example Quiriqua in Guatemala, El Paraíso in Honduras, and the former multi-ethnic megacity Teotihucan in Central Mexico. Elsewhere in the Maya region, archeologists have found objects painted with mercury-containing paints, mainly made from the mineral cinnabar.

The authors conclude that the ancient Maya frequently used cinnabar and mercury-containing paints and powders for decoration. This mercury could then have leached from patios, floor areas, walls, and ceramics, and subsequently spread into the soil and water.

“For the Maya, objects could contain ch’ulel, or soul-force, which resided in blood. Hence, the brilliant red pigment of cinnabar was an invaluable and sacred substance, but unbeknownst to them it was also deadly and its legacy persists in soils and sediments around ancient Maya sites,” said co-author Dr. Nicholas Dunning, a professor at the University of Cincinnati.

As mercury is rare in the limestone that underlies much of the Maya region, they speculate that elemental mercury and cinnabar found at Maya sites could have been originally mined from known deposits on the northern and southern confines of the ancient Maya world, and imported to the cities by traders.

Health hazards and the ‘Mayacene’

All this mercury would have posed a health hazard for the ancient Maya: for example, the effects of chronic mercury poisoning include damage to the central nervous system, kidneys, and liver, and cause tremors, impaired vision and hearing, paralysis, and mental health problems. It’s perhaps significant that one of the last Maya rulers of Tikal, Dark Sun, who ruled around 810 CE, is depicted in frescoes as pathologically obese. Obesity is a known effect of metabolic syndrome, which can be caused by chronic mercury poisoning.

Bacteria can travel thousands of kilometers on airborne dust

More research is needed to determine whether mercury exposure played a role in larger sociocultural change and trends in the Maya world, such as those towards the end of the Classic Period.

Co-author Dr. Tim Beach, a professor at the University of Texas at Austin, said: “We conclude that even the ancient Maya, who barely used metals, caused mercury concentrations to be greatly elevated in their environment. This result is yet more evidence that just like we live today in the ‘Anthropocene’, there also was a ‘Maya anthropocene’ or ‘Mayacene’. Metal contamination seems to have been effect of human activity through history.”