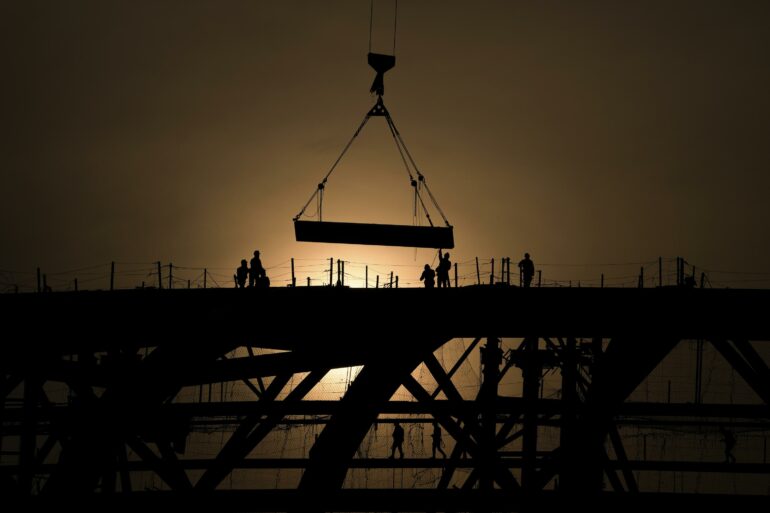 China, the world’s top emitter of carbon dioxide that causes global warming, has seen a notable dip in its emissions over the past three quarters—but it’s not clear how long the drop will continue.

A new analysis of China’s economic data shows that carbon emissions dropped 1.4% in the first three months of the year, compared to the prior year, making it the third consecutive quarter to show a drop—and the longest sustained dip in a decade.

The downward trend began last year and accelerated over the winter. The decline continued but was milder this spring.

It’s not clear whether China’s emissions will continue to fall this year. Over the past decade, five shorter dips were followed by rebounding emissions.

China’s recent emissions decline was driven by decreased output in cement, steel and power industries, as well as COVID lockdown measures, according to an analysis by Lauri Myllyvirta, a Finland-based climate and energy analyst at the Centre for Research on Energy and Clean Air.

“Steel and cement are China’s second and third largest emitting sectors, and the demand for both sectors is largely driven by construction activity,” but policy changes on real estate lending and debt have at least temporarily depressed the construction sector, Myllyvirta wrote in an analysis for Carbon Brief.

Whether China meets its long-term goal to become carbon neutral by 2060 depends in large part on what happens in its power sector.

And that depends upon how quickly the world’s second largest economy can move away from coal.

China’s leaders have recently doubled-down on plans to promote coal-fired power, calling for coal production capacity to increase by 300 million tons this year, or 7% over last year.

Li Shuo, a senior global policy adviser for Greenpeace, told the Associated Press in April that economic concerns, including those related to China’s zero-COVID policy, meant that China’s leaders were prioritizing energy security over moving away from fossil fuels, at least in the short-term.

China is currently the world’s largest carbon emitter, although other countries, such as the United States, have contributed a greater share of historic emissions.

China’s carbon emissions increased by 750 megatonnes over the two-year period between 2019 and 2021, driving the global rebound in carbon emissions after the first phase of pandemic, according to the nonprofit Paris-based International Energy Agency.