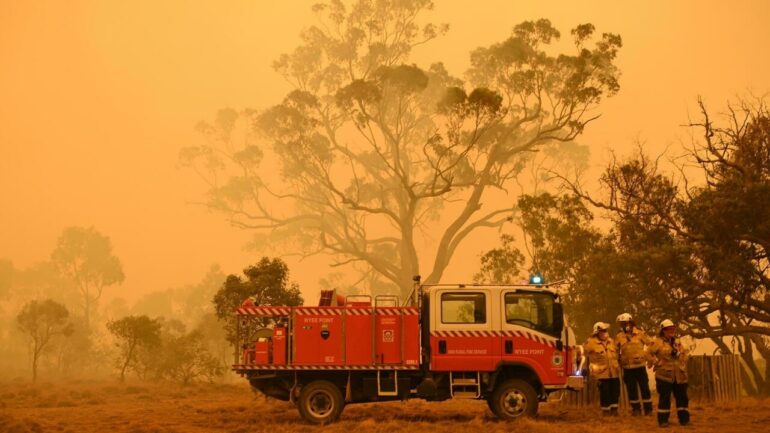 In a peer-reviewed study, scientists at state agency CSIRO reviewed 90 years’ worth of data and concluded climate change was the major influencing factor behind megafires like those that ravaged Australia in 2019-2020.

The experts studied a range of fire risk factors—from the amount of dead vegetation on the ground to moisture, weather and ignition conditions—to see what could be driving catastrophic blazes.

The findings were published in the latest issue of scientific journal Nature Communications on November 26.

Australia’s conservative government has consistently played down the role of climate change in the 2019-2020 fires, which burned across the southeast coast and cloaked major cities like Sydney in acrid smoke.

Prime Minister Scott Morrison variously insisted that bushfires were normal in Australia or that the issue was forest management—including the removal of debris.

Atmospheric patterns like El Nino or La Nina can influence year-to-year changes in the intensity of bushfires, but researchers found nine out of the 11 years when more than 500,000 square kilometers have burned have taken place since 2000 and as global warming has quickened.

They linked those events to “increasingly more dangerous fire weather” like fire-generated thunderstorms and dry lightning “all associated to varying degrees with anthropogenic climate change.”

Burned area has increased by 800 percent on average in the last 20 years versus the decades before, the study found.

In recent years Australia has experienced a litany of climate-worsened droughts, bushfires and floods.

But the country’s government has avoided setting a short term emissions reduction target and has vowed to remain one of the world’s largest coal and gas exporters.