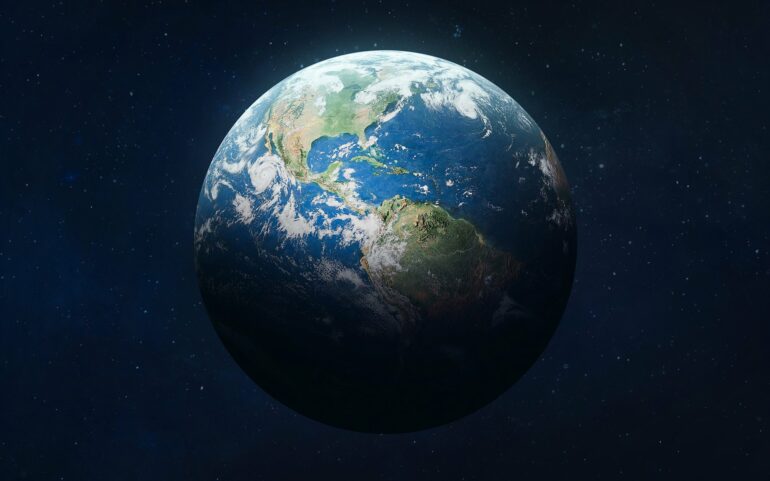 Accurately modeling extreme precipitation events remains a major challenge for climate models. These models predict how the earth’s climate may change over the course of decades and even centuries. To improve them especially with regard to extreme events, researchers now use machine learning methods otherwise applied to image generation.

Computers already use artificial intelligence to improve the resolution of fuzzy images, to create images imitating the style of particular painters based on photographs, or to render realistic portraits of people who do not actually exist. The underlying method is based on what are referred to as GANs (Generative Adversarial Networks).

A team led by Niklas Boers, Professor for Earth System Modeling at the Technical University of Munich (TUM) and researcher at the Potsdam Institute for Climate Impact Research (PIK) is now applying these machine learning algorithms to climate research. The research group recently published its findings in Nature Machine Intelligence.

“Climate models differ from the models used to make weather forecasts, especially in terms of their broader time horizon. The forecast horizon for weather predictions is several days, while climate models perform simulations over decades or even centuries,” explains Philipp Hess, lead author of the study and research associate at the TUM Professorship for Earth System Modeling.

Weather can be predicted fairly exactly for a few days; the prediction can then subsequently be verified based on actual observations. When it comes to climate, however, the objective is not a time-based prediction, but among other things projections of how increasing greenhouse gas emissions will impact the Earth’s climate in the long run.

However, climate models still can’t take all relevant climate processes perfectly into account. This is on the one hand because some processes have not yet been understood sufficiently, and on the other hand because detailed simulations would take too long and require too much computing power. “As a result, climate models still can’t represent extreme precipitation events the way we’d like. Therefore, we started using GANs to optimize these models with regard to their precipitation output,” says Niklas Boers.

Roughly speaking, a GAN consists of two neural networks. One network attempts to create an example from a previously defined product, while the other tries to distinguish this artificially generated example from real examples. The two networks thus compete with one another, continuously improving in the process.

One practical application of GANs would be “translating” landscape paintings into realistic photographs. The two neural networks take photo-realistic images generated on the basis of the painting and send them back and forth until the images created can no longer be distinguished from real photographs.

Niklas Boers’ team took a similar approach: The researchers used a comparably simple climate model to demonstrate the potential of using machine learning to improve such models. The team’s algorithms use observed weather data. Using this data the team trained the GAN to change the simulations of the climate model so that they could no longer be distinguished from actual weather observations.

“This way the degree of detail and realism can be increased without the need for complicated additional process calculations,” says Markus Drücke, climate modeler at PIK and co-author of the study.

Even relatively simple climate models are complex and are processed using supercomputers which consume large amounts of energy. The more details the model takes into account, the more complicated the calculations become and the greater the amount of electricity used. The calculations involved in applying a trained GAN to a climate simulation are however negligible compared to the amount of calculation required for the climate model itself.

A natural gem is being destroyed by plastic

“Using GANs to make climate models more detailed and more realistic is thus practical not only for the improvement and acceleration of the simulations, but also in terms of saving electricity,” Philipp Hess says.