Clothes dryers are an underappreciated source of airborne microfibers 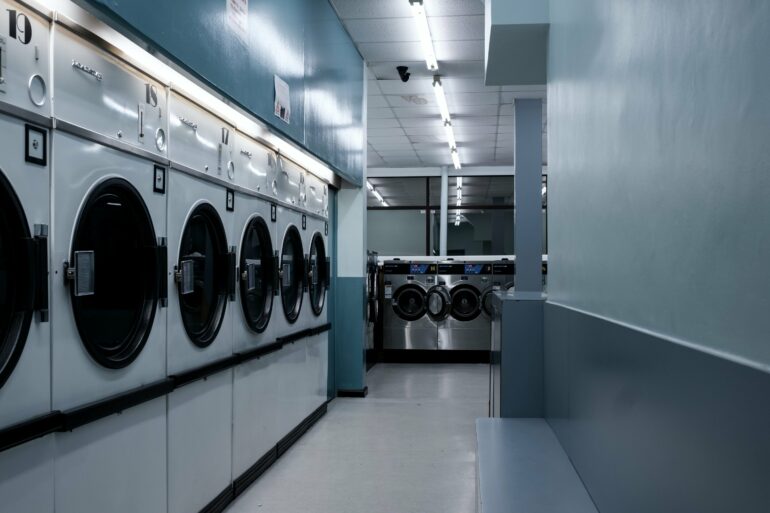 No one likes when their favorite clothes develop holes or unravel after many laundry cycles. But what happens to the fragments of fabric and stitching that come off? Although it’s known that washing clothes releases microfibers into wastewater, it’s unclear how drying impacts the environment. Now, a pilot study in ACS’ Environmental Science & Technology Letters reports that a single dryer could discharge up to 120 million microfibers annually—considerably more than from washing machines.

Microfibers can come from natural fabrics, such as cotton, or synthetic ones, such as polyester—which are also considered to be microplastics. Releasing microfibers into the environment is a concern because they can adsorb and transport pollutants long distances. And the fibers themselves can be irritants if they are ingested or inhaled. Previous studies have shown that microfibers are released from clothes washers into laundry water, but this waste is treated, removing some or most of the fibers before the water is discharged into rivers or streams. However, there’s very little information about whether dryers, whose air passes through a duct and is vented directly to the outdoors, are an important source of airborne microfibers and microplastic contamination in nature. So, Kai Zhang, Kenneth Leung, and colleagues wanted to count the microfibers generated by cotton and polyester clothing in a dryer to estimate the amount released into the outdoor air from a household’s laundry each year.

The researchers separately dried clothing items made of polyester and those made of cotton in a tumble dryer that had a vent pipe to the outdoors. As the machine ran for 15 minutes, they collected and counted the airborne particles that exited the vent. The results showed that both types of clothing produced microfibers, which the team suggests comes from the friction of clothes rubbing together as they tumbled around. For both fabrics, the dryer released between 1.4 and 40 times more microscopic fragments than were generated by washing machines in previous studies for the same amount of clothing. They also found that the release of polyester microfibers increases with more clothes in the dryer, whereas the release of cotton microfibers remains constant regardless of the load size. The researchers suggest this occurs because some cotton microfibers aggregate and cannot stay airborne, a process that doesn’t happen for polyester.

Finally, the team estimated that between 90 and 120 million microfibers are produced and released into the air outside by the average single Canadian household’s dryer every year. To control the release of these airborne microfibers, additional filtration systems should be adapted for dryer vents, the researchers say.