Clouds may be less climate-sensitive than assumed 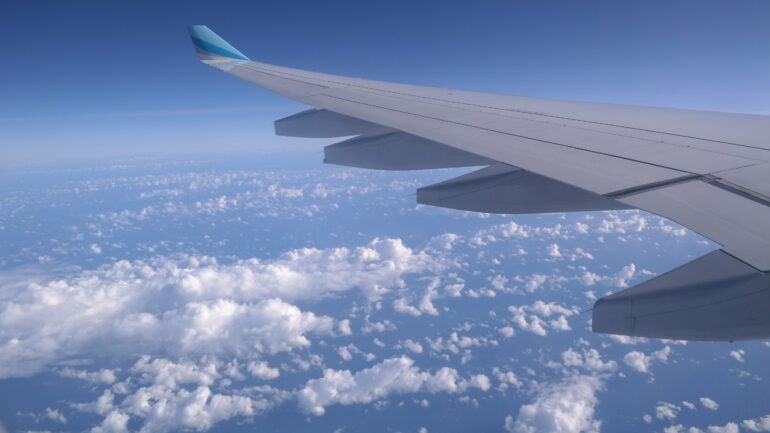 In a major field campaign in 2020, Dr. Raphaela Vogel who is now at Universität Hamburg’s Center for Earth System Research and Sustainability (CEN) and an international team from the Laboratoire de Météorologie Dynamique in Paris and the Max Planck Institute for Meteorology in Hamburg analyzed observational data they and others collected in fields of cumulus clouds near the Atlantic island of Barbados. Their analysis revealed that these clouds’ contribution to climate warming has to be reassessed.

“Trade-wind clouds influence the climate system around the globe, but the data demonstrate behavior differently than previously assumed. Consequently, an extreme rise in Earth’s temperatures is less likely than previously thought,” says Vogel, an atmospheric scientist. “Though this aspect is very important for more accurately projecting future climate scenarios, it definitely doesn’t mean we can back off on climate protection.”

To date, many climate models have simulated a major reduction in trade-wind clouds, which would mean much of their cooling function would be lost and the atmosphere would consequently warm even more. The new observational data shows that this isn’t likely to occur.

What is certain is that, as global warming progresses, more water on the ocean’s surface evaporates and the moisture near the base of trade-wind clouds increases. In contrast, the air masses in the upper part of the clouds are very dry and only become slightly moister. This produces a substantial difference in moisture above and below. In the atmosphere, this is dispelled when the air masses mix. The previous hypothesis: drier air is transported downward, causing the cloud droplets to evaporate more rapidly and making it more likely that the clouds will dissipate.

The observational data from Barbados now offers the first robust quantification as to how pronounced the vertical mixing actually is, and how this affects moisture and cloud cover as a whole. As such, it is the first data to shed light on a process that is essential to understanding climate change. In brief: more intensive mixing does not make the lower layers drier or make the clouds dissipate. Rather, the data shows that the cloud cover actually increases with increasing vertical mixing.

“That’s good news, because it means that trade-wind clouds are far less sensitive to global warming than has long been assumed,” says Vogel. “With our new observations and findings, we can now directly test how realistically climate models portray the occurrence of trade-wind clouds. In this regard, a new generation of high-resolution climate models that can simulate the dynamics of clouds around the globe down to scales of one kilometer are particularly promising. Thanks to them, future projections will be more accurate and reliable.”

The month-long field campaign EUREC4A (2020) was designed by the team members around extended flights with two research aircraft, which were equipped with different instruments and operated at different altitudes, and shipboard measurements from the R/V Meteor—A German research vessel managed by the University of Hamburg.

One plane was used to drop hundreds of atmospheric probes from an altitude of nine kilometers. As they fell, the probes gathered atmospheric data on the temperature, moisture, pressure and wind. The other plane surveyed clouds at their base, at an altitude of 800 meters, while the ship performed surface-based measurements. The result: an unprecedented database that will help to understand the unclear role of clouds in the climate system—and to more accurately predict their role in future climate change.

Whether clouds have a cooling or warming effect depends on how high they are. With a maximum altitude of two to three kilometers, the trade-wind clouds examined here are comparatively low, reflect sunlight, and cool the atmosphere in the process. In contrast, higher clouds amplify the greenhouse effect, warming the climate.

The work is published in the journal Nature.

Permafrost thawing faster than expected due to extreme summer rainfall


Citation:
Clouds may be less climate-sensitive than assumed (2022, November 30)