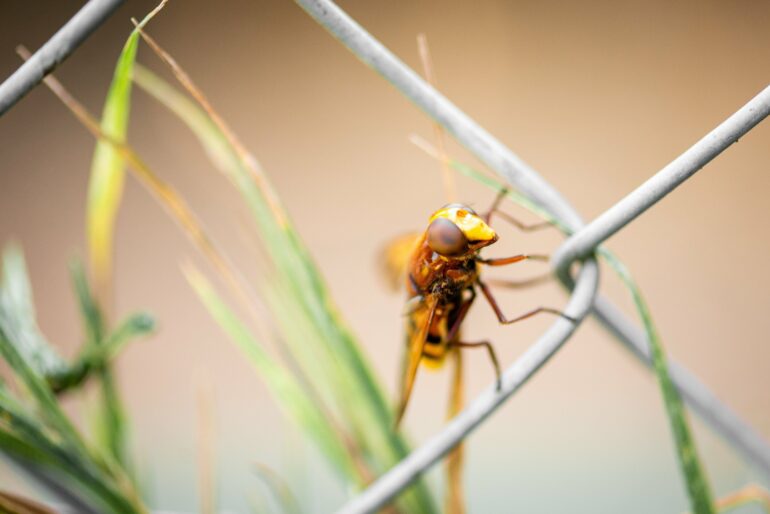 A new study from researchers in Finland, published Monday, found that diets that simply cut down on meat and dairy are nearly as climate-friendly as diets that rely on culture-grown meat and milk.

Global agriculture and food systems, especially the production of meat and milk, accounted for 31% of greenhouse gas emissions in 2021, according to the United Nations’ Food and Agricultural Organization.

The researchers created a model that calculates how different diets reduce the potential for global warming. With some tweaking, they got that reduction as high as 80% but it came at a price—some variants of the diet got much of their protein from things like cell-based cultured meat, microalgae and milk produced in a tank from cow mammary cells.

The happy surprise was that diets that simply cut down on actual meat and dairy were almost as climate-friendly.

“It doesn’t need to be technology,” said Rachel Mazac, a food systems researcher at the University of Helsinki and one of the paper’s authors.

Their model showed that even replacing 80% of animal food sources with plant-based options resulted in a 75% reduction in climate impact. Reducing meat consumption alone was responsible for a 60% lower environmental impact.

“The real take-home message,” she said, “is we have food pathways forward.”

Those pathways will be necessary, say experts. The world is expected to have 9.7 billion mouths to feed in 2050, up 1.9 billion from today. At the same time, almost every country has signed on to the Paris Climate Agreement, a pledge to begin shifting to a carbon-neutral economy to fight climate change.

Food will be a big part of that. Global agriculture and food systems accounted for as much as 31% of greenhouse gas emissions in 2021, according to the United Nations’ Food and Agricultural Organization. For the United States, agriculture alone accounts for 11%.

“We need to make some pretty sweeping changes if we want to minimize our impacts,” said Mazac.

The authors of the paper, published in the scientific journal Nature Food, focused on what they call “novel or future foods” which include some very old fare and some very new.

In the ancient category would be insect meal. In the Bible, John the Baptist ate locusts and wild honey. Many cultures still eat insects, which provide an excellent source of protein and healthy fat.

In the new category are things like spirulina, mushroom meat and kelp.

Spirulina is a blue-green algae powder that’s vitamin-rich and added to smoothies and other foods. Mushroom meat, which is actually made from a fungus, is sold in the U.S. as Quorn. Kelp burgers and jerky are already available.

Plant-based meat substitutes such as Beyond Burgers and Impossible Burgers are already popular—even at fast-food restaurants including Burger King, KFC, Starbucks and others.

In the future category are milk grown from cells, culture-grown meat and microbial proteins.

These last aren’t on the market yet but there are several companies working on them. Singapore-based Turtle Tree Labs has an operation in West Sacramento, California, that’s testing cell-based dairy. Several companies around the world are working on lab-grown meat. A San Franciso company is working on brewing precision food-grade proteins.

Adding these novel foods to a daily diet wouldn’t require chowing down on whole crickets or having big strings of kelp in your salads, said Mazac. Most come in powder form.

“It’s more like you can incorporate it into breads, protein shakes, those kind of things,” she said.

For those who want to double down on future foods, Mazac offered a possible menu.

The day could start with a protein shake for breakfast made from cow milk brewed in cell cultures, with added insect powder for protein, blue-green algae for vitamins and lab-grown cloudberry slurry for taste. At lunch there could be a burger made from beef grown in a vat and for dinner a burrito made from scrambled cultured fungal protein.

It’s not much of a contrast with a meal available today from plant-based options, she noted. That might include a breakfast of whole grain toast with peanut butter and a smoothie made from banana and oat milk. For lunch, an Impossible Burger and for dinner a burrito filled with spicy jackfruit in barbecue sauce.

The transition to diets including foods that contribute less to global warming is already beginning, said Fabrice DeClerck, director of science at EAT, an international foundation that works to make food systems more sustainable.

Speaking from Amsterdam, he said it’s much more common to find healthier and more plant-forward foods at train stations, airports and the like today than it was even five years ago.

That might include a carrot or lentil salad, or a sandwich menu with several vegetarian options. Even the meat sandwiches “might come with one slice of ham instead of six,” he said.

While novel foods could work to lower the carbon impact of food, there’s a much easier way to get to the same goal, said DeClerck. His organization helped write a 2019 report outlining what a healthy and sustainable global diet would look like.

Like most other research into this realm, it found that lowering meat and dairy consumption down made diets both healthier and less likely to contribute to global warming.

“When you look at the ranges, we’re talking about beef once per week. Poultry twice per week. Fish two to three times per week,” he said.

Some of the change is likely to happen naturally. As the population rises, more people will put more demand on agriculture, raising costs and making things like meat and dairy products more expensive, causing consumption to go down.

In the end, shifting to a diet heavier in fruits and vegetables, whole grains and meat added more for flavor than substance may be easier than getting humanity over its collective “food neophobia,” the avoidance of new foods.

It’s not simply a question of having the right chemical composition, said Geoffrey Heal, a professor of environmental economics at Columbia University business school.

“Do people like it? Does it have the right taste and mouth-feel?” he said. “There are a lot of things that go into deciding if something is acceptable to humans as food.”