Could steam-powered cars decrease the CO2 in the atmosphere? 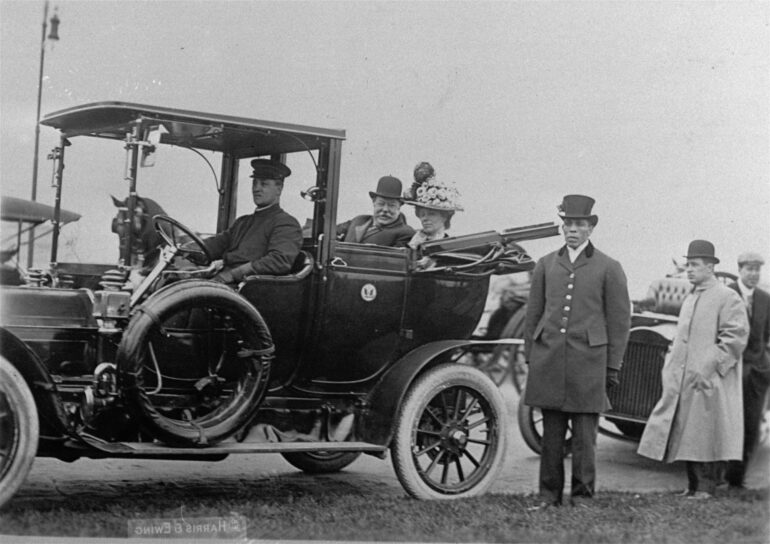 With the growing severity and frequency of storms, heat waves and wildfires, and the other dangers from climate change, there are many reasons to be concerned about the amount of carbon dioxide in the atmosphere. Scientists have shown that humanity’s addiction to burning fossil fuels is causing this problem, which means it’s time to kick that habit.

Steam powered many of the early automobiles sold around 1900. Could the same technology play a role again?

The steam-powered car became possible once gasoline and diesel oil replaced wood and coal for the powering of engines.

Inventors Francis and Freelan Stanley, twin brothers, became automaking pioneers after they improved photographic technology. In 1898 and 1899 they were selling more vehicles than any other early automaker, and their steam-powered “Rocket Racer” set a speed record in 1906.

All along, cars powered by internal combustion engines – the kind most in use today – were competing with steam cars and winning the technology war. Starting in 1912, electric starters made them safer and more convenient by replacing dangerous hand cranks. By 1920, when its assembly lines started producing the Model T with an electric starter, Ford was selling hundreds of thousands of cars per year.

In contrast, early steam cars were heavy and expensive, and it took a long time to make enough steam to get them rolling. Doble Steam Motors, another early automaker, eventually solved this last problem and many others, but the cars remained pricey, and it was too late: The noisy and polluting but much cheaper internal combustion engine had won out. The Stanley Motor Carriage Co. ceased operating in 1924.

To be clear, because the heat to boil water to make steam has to come from somewhere, these steam-powered vehicles burned fossil fuels to heat their water anyway.

Model pinpoints glaciers at risk of collapse due to climate change

Steam power had something of a comeback in the 1970s, but not because of climate concerns. Back then, air pollution spewed by vehicles had become a serious problem filling cities with smog.

At the time, that was seen as an improvement.

Some of the cities…