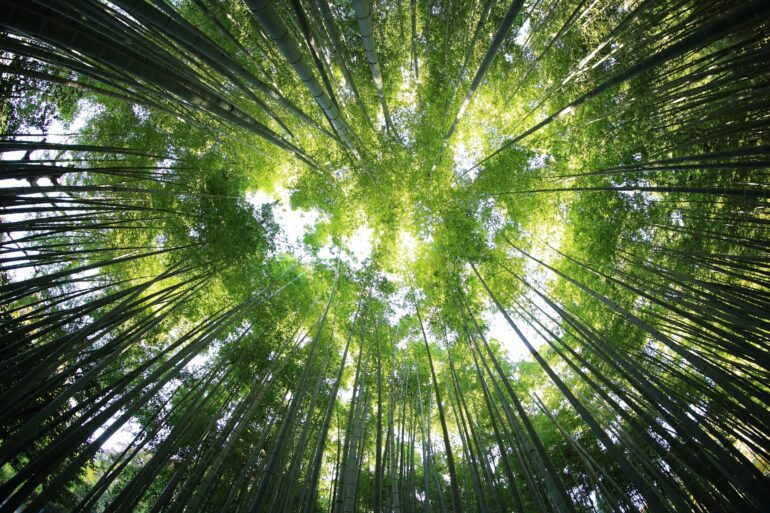 New research by the University of East Anglia (UEA) highlights the risks of countries relying on nature-based solutions to achieve net zero.

National climate strategies set out how countries plan to reduce emissions, for example by phasing out fossil fuel use, to get to net zero in 2050. The study found that once the bulk of emissions have been reduced, countries plan to “cancel out” the leftover difficult-to-decarbonize emissions, such as those from agriculture, by using forests and soils to remove carbon from the atmosphere.

However, this may prove risky because forests and soils are also threatened by a range of impacts, such as fire, disease, changes in farming practices, and deforestation. These threats mean that forests and soils could lose their stored carbon back to the atmosphere.

There is also a risk of being overly optimistic about the amount of carbon that forests and soils can remove to reach net zero, especially if combined with delays to reducing emissions from coal, oil, and gas.

The findings, published in the journal Communications Earth & Environment, show that most of the strategies submitted to the United Nations Framework Convention on Climate Change (UNFCCC) do not quantify the amount of carbon “removals” needed in 2050.

With progress on reducing emissions stalling at COP27, the researchers call for the reporting requirements on long-term national climate plans to be urgently strengthened.

“The deployment of carbon dioxide removal is essential to reach global and national net zero emissions targets, but little attention has been paid to its practical deployment by countries,” said the study’s lead author Harry Smith, a Leverhulme Trust Doctoral Scholar in the School of Environmental Sciences and Tyndall Centre for Climate Change Research at UEA.

“Nature-based removals, such as using forests and soils, remain vital to address challenges in biodiversity and climate adaptation, but may be risky if used as the only way to remove carbon. Countries should also explore engineered carbon removal methods. To meet the challenge of net zero, we need both.”

The study analyzed how carbon dioxide removal (CDR) methods—which remove CO2 from the atmosphere and permanently store it in forests, soils, the oceans, or underground geological formations—are integrated into climate strategies.

Despite being central to net zero ambitions, the research finds CDR is rarely made explicit in policy plans. Some countries such as France look to engineered removals as a possible long-term solution. Others, such as Australia and Latvia, look to the potential of international cooperation and the creation of carbon markets to transfer removals between countries.

Meanwhile the UK is investing in research and development for engineered-CDR and has a near-term 2030 target for the amount of carbon removed by these methods.

Since the adoption of the Paris Agreement in 2015, more than 124 countries have agreed to a net zero emissions target, defined as a balance of emission sources and anthropogenic removals.

Unlike many studies, which focus on short-term pledges to 2030 published by countries, otherwise known as “Nationally Determined Contributions” (NDCs), this study focuses on long-term national climate strategies.

Officially called “long-term low emission development strategies” (LT-LEDS), these often represent modeled scenarios or pathways to 2050 or beyond, providing for greater engagement with CDR than NDCs.

“Long-term national climate strategies are an important tool to think through carbon dioxide removal at the national level and we advocate that they should be made compulsory under the UNFCCC, as opposed to their current optional status,” said Mr. Smith.

The study examined 41 LT-LEDS submitted to the UNFCCC before the start of 2022, capturing those published in and around COP26—and totaling 3,885 pages—to determine how countries quantify and discuss CDR. The analyzed strategies are mostly from the global north and cover 58% of global 2019 greenhouse gas emissions and around 74% of global GDP.

New ‘lab on a chip’ may accelerate carbon storage efforts

The findings show that enhancing forest and soil carbon sinks are the most-advocated strategies, but are only explicitly quantified in 12. Remaining difficult to decarbonize emissions by 2050 are only quantified in 20 strategies and most of them use forests to achieve national net zero targets.

“National level analysis is needed to determine how countries plan on incentivizing different CDR methods. This combines with an urgent need to scale up efforts to reduce emissions and develop CDR methods to meet the scales needed to reach Paris Agreement temperature targets.”