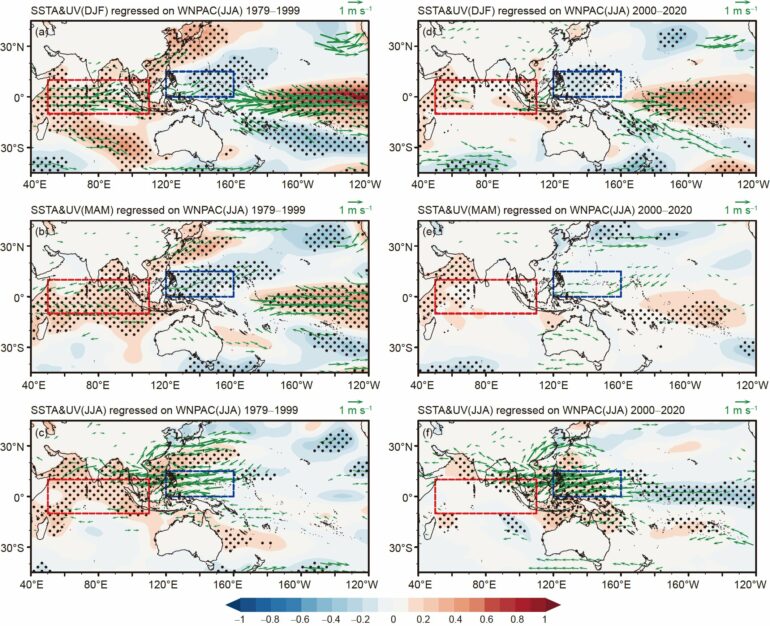 Closure of the Neo-Tethys Ocean and the subsequent formation of the Tibetan Plateau is one of the most significant tectonic events on Earth. How the Indian subcontinent drifted northward anomalously fast and collided with Asia is an essential question in describing global changes in tectonics, climate and ecosystems.

Double subduction of the Neo-Tethys Ocean is a leading model in interpreting this anomalous convergence speed. But no compelling evidence from the entire Himalaya and adjacent regions has been reported before.

Recently, Yang Shun, a Ph.D. student at the Institute of Geology and Geophysics (IGG) of the Chinese Academy of Sciences (CAS), under the supervision of Profs. He Yumei and Jiang Mingming, along with their team of collaborators, reported crucial seismic evidence of slab remnants in the present upper mantle to strongly support the double subduction model.

This work was published in Science Advances on August 26.

The Myanmar region occupies the eastern end of the Indian-Asian collisional system. Due to less reworking from continental collision, it is an ideal place to probe possible slab remnants of double subduction. However, until recently, it was a blank area for seismic observation and structural imaging of the Earth’s interior.

The research group on the structure of Earth’s deep interior at IGG/CAS has deployed pioneering seismic arrays in association with the China-Myanmar Geophysical Survey in the Myanmar Orogen (CMGSMO) in Myanmar since 2016. Using data from the novel seismic arrays, the researchers investigated upper mantle structures beneath Myanmar with high resolution.

By compiling seismic tomography and waveform modeling, the researchers revealed for the first time two subparallel subducted slabs preserved in the present upper mantle beneath the Neo-Tethyan tectonic regime.

After comparing the new slab image with data on the time-space distribution of subduction-related magmatism and ophiolites in Myanmar, the researchers concluded that the new evidence supports double subduction of the Neo-Tethys Ocean. Further geodynamic numerical modeling subsequently explained why the slab remnants were preserved intact in the upper mantle without breaking off and sinking into the deep.

Revealing the salty secrets of the biggest environmental shift since dinosaurs