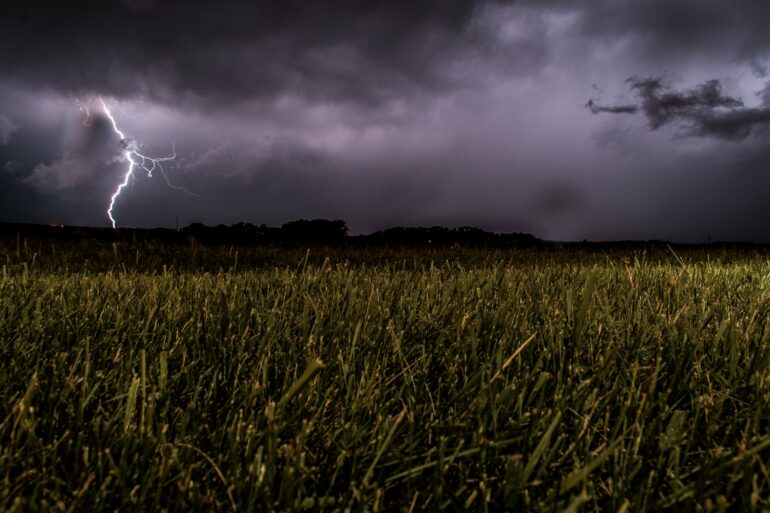 The western United States this century is facing a greatly heightened risk of heavy rains inundating areas that were recently scarred by wildfires, new research warns. Such events can cause significant destruction, including debris flows, mudslides, and flash floods, because the denuded landscape cannot easily contain the drenching moisture.

A new study finds that, if society emits heat-trapping greenhouse gases at a high rate, the number of times that an extreme fire event is likely to be followed within one year by an extreme rainfall event will increase by more than eight times in the Pacific Northwest by the end of the century. It will more than double in California.

Overall, more than 90% of extreme fire events in the three regions that the research team focused on—which included Colorado along with California and the Pacific Northwest—will be followed by at least three extreme rainfalls within five years.

The study authors, including scientists at the National Center for Atmospheric Research (NCAR), used advanced computer models of past and future climate, as well as an index of weather variables that contribute to wildfire risk, to reach their results.

Lead author Danielle Touma, who did much of the research at the University of California, Santa Barbara, before coming to NCAR, noted that previous research has shown that both wildfires and extreme rainfall will increase in the West with climate change. However, the increased frequency of extreme rainfall-after-fire events came as a surprise.

“It’s very concerning, given the destruction that comes with these kinds of events,” Touma said. “Clearly we need to understand the risks better, as this creates a major threat to people and infrastructure.”

Fires and rain on the rise

Heavy rainfall on burned areas is often hard to predict, but it can have devastating impacts. In 2018, debris flows in Montecito, California, caused by a brief and intense rainfall over an area that had burned just a month earlier, left 23 people dead and caused widespread property damage. Torrential rains in Colorado’s Glenwood Canyon last year triggered a massive mudslide in a recently burned area, stranding more than 100 people and closing a portion of I-70 in the canyon for weeks.

Following a fire, the risk of debris flows persists for 3-5 years, and the risk of flash floods for 5-8 years, because of the time needed for ground cover and fine roots to recover followed by the regrowth of vegetation.

To study the frequency of extreme rainfall events after extreme wildfires in a warming world, Touma and her co-authors turned to an ensemble of simulations by a number of climate and weather models, including the NCAR-based Community Earth System Model, a powerful computer model that enabled them to project likely changes in climate in the western United States.

The results indicated that, by the end of the century, there will be a doubling or more of weather conditions that lead to the risk of extreme wildfires throughout much of the West, with some regions experiencing greatly elevated extreme wildfire risk within the next few decades. In addition, the climate models showed a pronounced increase in extreme rainfall events.

Part of the reason for the confluence of extreme fire and rainfall has to do with how climate change is altering the seasonality of these events. For example, the study found more extreme rains occurring in the early fall in Colorado and the Pacific Northwest, close to the peak fire season of May to September.

“The gap between fire and rainfall season is becoming shorter,” Touma said. “One season of disasters is running into another.”