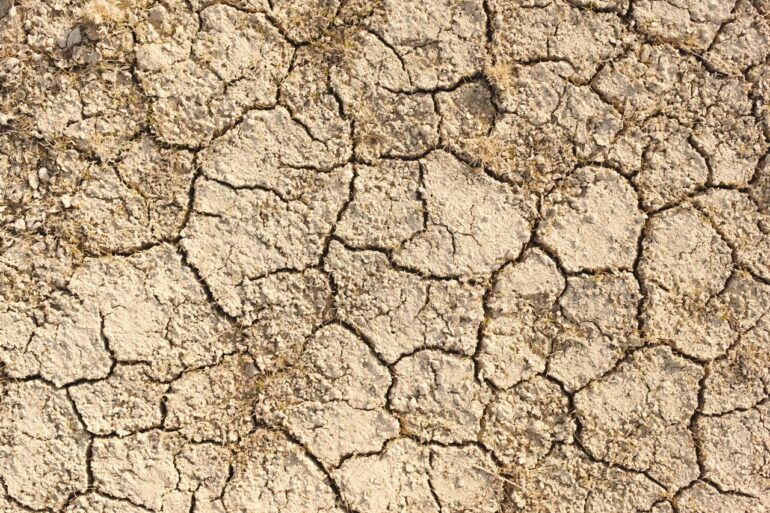 During heatwaves, the land dries out. That drought further enhances the rising of heatwave temperatures. However, desiccated soils still make the heatwaves less rather than more deadly to humans, due to a reduction in air humidity.

Heatwaves and droughts are causing acute excess mortality and damage to society worldwide. For instance, the number of deaths related to the European heatwave of 2003 reached more than 70,000, but more recent heatwaves have resulted in substantial excess mortality, on top of the COVID-19 pandemic.

Until now, it was believed that dried out soils make heatwaves even more deadly as it pushes heatwave temperatures even higher. After all, drier land results in lower evaporation. Consequently, more energy is left at the Earth’s surface to heat up the outside air further. But the temperature effect of drought is deceiving: high air humidity also hampers cooling of the human body through transpiration, hence a higher chance for overheating. Lower evaporation concurrently leads to lower air humidity. That beneficial effect takes over, and makes heatwaves less deadly.

Better measures against drought and heat

The results reveal which measures against periods of drought and deadly heat are most effective. Such periods are becoming longer, more frequent and more intense in a warming climate. Many measures are already taking place, such as (re)afforestation and irrigation of croplands, and these are necessary for nature conservation, biodiversity, agriculture and food production. However, the current study shows that these drought-resistant measures are ineffective against deadly heat and can even be detrimental, despite the fact that they smooth out the extremely high temperatures. The favorable effect due to a lower temperature is canceled out by the higher humidity, which makes the heat sultrier. The measures therefore remove the beneficial effect of drought during deadly heatwaves.

The study stresses once again how great the challenge is to counteract the increasingly deadly heat and drought, and that seemingly effective measures against heat can still be counterproductive. It is therefore necessary in the first instance to combat global warming in its foundations, through drastic reductions in greenhouse gas emissions. Furthermore, one should reconsider existing drought and heat measures and explore alternative drought and heat-resistant measures within the agriculture, food, and hydrological sectors. More should be done on plant species that are better adapted to a drier and hotter climate. Crop choices (eg., wheat or maize) and agricultural measures (eg., no-tillage farming or genetic modification of crops) need to be considered to lower water use and higher reflection of solar energy. Follow-up research is needed to know how effective and desirable such measures are.

About the research
A team of scientists (Ghent University, Wageningen University & Research, VITO, Loyola Marymount University, and Euro-Mediterranean Center on Climate Change) analyzed heatwaves from millions of weather balloons that were released from airports and weather institutes worldwide over a 35-year period (1981–2015). These measurements were combined with satellite imagery and in turn used for weather simulations to assess the effect of soil desiccation during deadly heatwaves. The findings were published in the journal Science Advances.