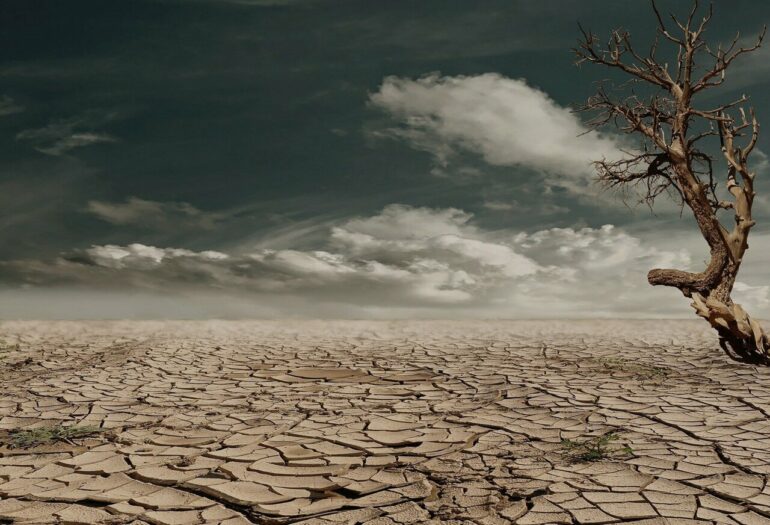 Up to 30% of the rainfall deficit can be caused by “drought self-propagation,” the DRY–2–DRY European Research Council (ERC) project shows.

Unlike other weather extremes such as hurricanes or winter storms, droughts affect humans in most climatic zones around the world; from the arid steppes of the Sahel to the humid rainforests of Amazonia. Moreover, droughts are expected to intensify in many regions following global warming. The United Nations has recently described drought as “the next pandemic,” suggesting that the associated risks are currently overlooked. It is thus crucial to improve our understanding of drought, and particularly its causes, in order to be able to predict its future risk and enable adequate societal adaptation.

Rainfall deficits eventually manifest as dry soils. The land surface, though, also takes a very active role in the generation of rainfall, as it supplies moisture to the atmosphere through evaporation. What happens during a soil drought when far less water is evaporated than usual? It has been hypothesized that this can enable droughts to expand by themselves, as they provide less moisture for precipitation, not just locally, but also downwind. Until now, evidence of this drought self-propagation, fueled by the drying soils, had remained elusive. In a new study, published in Nature Geoscience, led by the Hydro-Climate Extremes Lab (H-CEL) at Ghent University (Belgium), this evidence is provided for the first time.

The authors analyzed the largest 40 droughts in recent history. For each event, the authors tracked the air over the drought regions as the drought area expanded. This allowed them to compute how much of the downwind rainfall deficits were caused by the upwind drying of the soils. Their conclusion was that in individual months, up to 30% of the rainfall deficit can be caused by this drought self-propagation. As Dominik Schumacher, first author of the study, states: “In essence, droughts behave similarly to wildfires: while fires propagate downwind by igniting more and more ‘fuel’ in their surroundings, droughts do so by reducing their own rainfall supply through the drying of the land surface.”

The authors find the strongest self-propagation in subtropical drylands, such as in Australia and Southern Africa—in these regions, the limiting effect of low soil moisture on evaporation is strongest. By definition, water is already scarce in drylands, yet these regions sustain a considerable fraction of the global human population and are also used extensively for farming.

Therefore, as drylands are projected to expand in light of climate change, the self-propagating character of droughts may lead to even larger and more rapidly evolving events in the future, and further exacerbate water scarcity as well as the attached socioeconomic and environmental consequences.