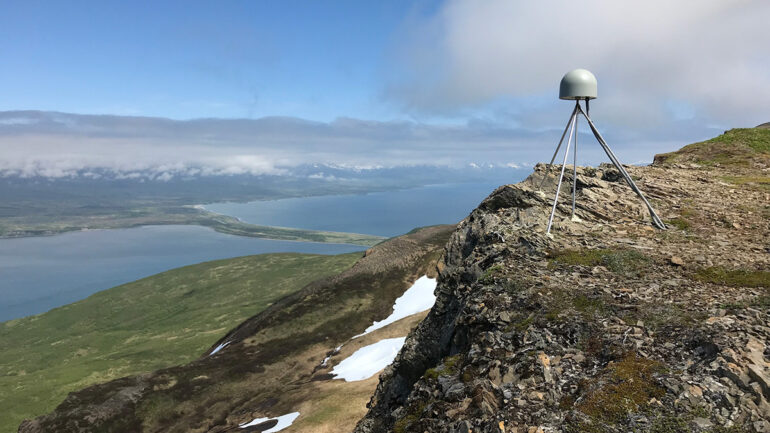 When a major earthquake strikes, nearby seismometers can inform rapid alerts to residents and emergency services that potentially hazardous shaking or tsunamis may be headed their way. However, local seismometer measurements are not sufficient to determine in real time just how big the largest earthquakes are.

Scientists have harnessed high-precision measurements of ground displacement from global navigation satellite systems (GNSS), such as GPS, to complement seismometer observations. GNSS data can differentiate between the largest earthquakes but are noisier than data from conventional seismometers, which has limited their contributions in natural hazards applications.

To address the noisy data, Dittmann and colleagues made two experimental decision choices predicated on previous GNSS seismology research and machine learning development: They adopted an alternative method for processing geodetic measurements, and they trained a machine learning model to use GNSS sensor data to detect earthquakes. The team trained, validated, and tested the model using data from the National Science Foundation’s Geodetic Facility for the Advancement of Geoscience archive from 77 earthquakes greater than magnitude 4.5 that occurred over 20 years.

The researchers suggest that the new model could be widely applied to enhance the role of GNSS sensors in earthquake detection. They also outline opportunities for future refinement, such as applying more extensive data sets to train and validate the model.

The study is published in the Journal of Geophysical Research: Solid Earth.

Hitchhiking viruses can survive on microplastics in freshwater