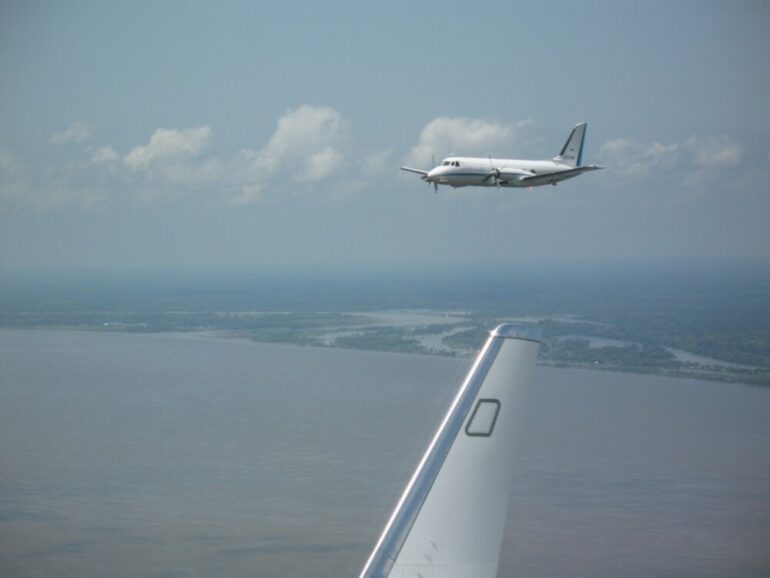 Even the finest particles of pollution influence the process of cloud formation and the rainfall regime. A study conducted in Manaus, the capital of Amazonas state in Brazil’s North region, shows that oxidation leads small aerosols expelled by factories and car exhausts, for example, to grow very rapidly, reaching up to 400 times their original size, and that this affects raindrop formation.

“Understanding cloud and rain formation mechanisms in the Amazon is a major challenge because of the complexity of the non-linear physical and chemical processes that occur in the atmosphere,” said Paulo Artaxo, a professor at the University of São Paulo’s Physics Institute (IF-USP) and penultimate author of an article on the study published in Science Advances.

The co-authors are all researchers affiliated with institutions in the United States, except Artaxo and Luiz Augusto Machado, also a professor at IF-USP.

The discovery enhances the accuracy of climate change studies based on mathematical models and simulations. “These nanoparticles of pollution [smaller than 10 nanometers] used to be overlooked in atmospheric calculations and models. The focus was on particles larger than 100 nm because these act as cloud condensation nuclei [on which water vapor condenses to form droplets] and change the rainfall regime. This study shows that smaller particles oxidize as they travel through the atmosphere, expanding rapidly until they reach the size necessary to become condensation nuclei,” Machado said.

The data was collected by instruments on board a special aircraft that flew over the Manaus pollution plume for about 100 kilometers (km) in 2014 and 2015 during the Green Ocean Amazon (GOAmazon) scientific campaign. FAPESP funded the study via its support for the campaign and a Thematic Project, in both cases under the aegis of the FAPESP Research Program on Global Climate Change (RPGCC).

“Little was known about the role played by these nanoparticles in the rainfall regime,” Machado said. “It so happens that the Manaus area is unique in the world in the sense that it’s an open-air laboratory, a mega-city surrounded by forest at a great distance from other cities where we can investigate how a metropolitan area changes an environment similar to that of the pre-industrial era.”

Aerosols are microscopic solid or liquid particles suspended in the atmosphere. They are produced naturally by forests, as primary aerosols, and in the atmosphere from gases emitted naturally by forests that are known as volatile organic compounds (VOCs), as secondary aerosols. They can also be produced by human activities such as the burning of fossil fuels. The latter are the type investigated in this study.

According to Machado, aerosols of less than 10 nm emitted by vehicle exhausts, factories and power plants in the Manaus area form a pollution plume that is blown in a southwesterly direction by the prevailing winds. The researchers concluded that the particles grew rapidly during this journey.

“It’s very hard to estimate the effect of particulate matter on rainfall because of the large number of atmospheric variables that influence this interaction,” Machado said. “We therefore compared the pollution line with nearby areas that lie outside the plume. We found that the particles rapidly grow in size. By the time they’re 10 km out of Manaus, they’re larger, and at 30 km they can reach a large enough size to become condensation nuclei, affecting the formation of raindrops.”

Cloud formation mechanisms are complex and involve many atmospheric parameters. Small aerosols interfere in raindrop condensation, but they may intensify or reduce rainfall depending on atmospheric conditions and above all on cloud formation at each moment. According to Machado, the large amount of particulate matter in the plume creates a sort of competition for the water vapor present in clouds and the size of the droplets decreases as a result.

“For rain to fall, the droplets have to be a certain size,” he said. “What we call terminal droplet velocity has to be above the velocity of the upwelling air, or the cloud will be full of tiny droplets and no rain will fall.”

If a very strong vertical wind is blowing, however, it can drive this large mass of droplets to a higher altitude where they form ice particles and potentially fuel a fierce storm. “We found that as the particles grow and become condensation nuclei, scant rainfall results if they meet a small, warm cloud. The aerosols reduce the precipitation. However, if the cloud builds up to become a mass of cumulonimbus [dense, towering, vertical cloud], for example, the aerosols increase the precipitation,” Machado said. “In other words, even these small particles of pollution influence the rainfall regime.”

According to the researchers, the project will proceed on a broader basis and fresh data will be collected. This year the team will conduct an experiment called Chemistry of the Atmosphere: Field Experiment in Brazil (CAFE-Brazil), with the aid of a German aircraft that can fly as high as 15,000 m. Artaxo explained that similar studies using remote sensing are also being conducted at the 325 m ATTO tower in the heart of the Amazon Rainforest.

“In the study just published [on January 12], we collected data on a low flight path [at 4,000 m],” he said. “The German aircraft we’ll use for our next collections is one of the most sophisticated flying laboratories in existence, so we’ll be able to conduct an experiment designed to produce an understanding of key physical and chemical issues in the production of aerosols, clouds and rain that are still a mystery to us.”

Citation:
Even tiny atmospheric particles change the rainfall regime in the Amazon (2022, February 7)