Forests recovering from logging act as a source of carbon 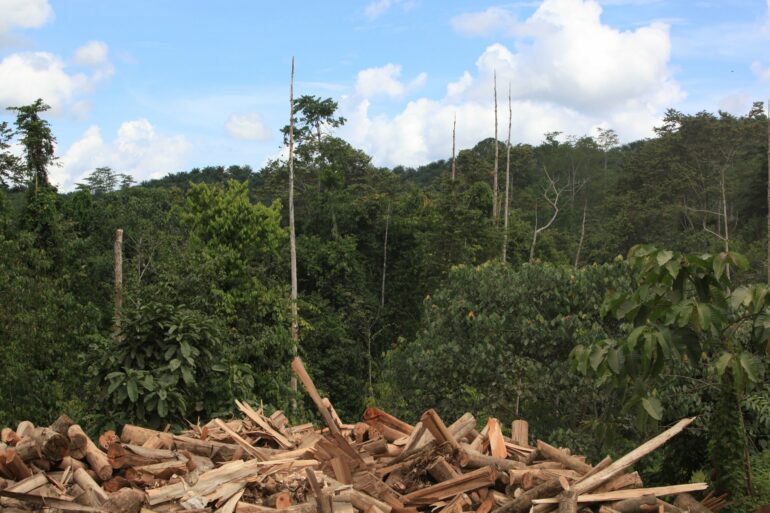 A new study finds that tropical forests recovering from logging are sources of carbon for years afterward, contrary to previous assumptions.

Tropical forests that are recovering from having trees removed were thought to be carbon absorbers, as the new trees grow quickly. A new study, led by Imperial College London researchers, turns this idea on its head, showing that the carbon released by soil and rotting wood outpaces the carbon absorbed by new growth.

The researchers say the result highlights the need for logging practices that minimize collateral damage to improve the sustainability of the industry. The study, which monitored carbon in forests in Malaysian Borneo as part of the Stability of Altered Forest Ecosystem (SAFE) Project, is published today in Proceedings of the National Academy of Sciences.

First author Maria Mills, who began the work at Imperial and completed it at the University of Leicester, said, “Our results show that for the tropical forest we studied, logged areas are a source of carbon even a decade after logging has occurred. This means we need to reassess their role in global carbon budgets—we can no longer apply the blanket assumption that they are carbon sinks.”

Lead researcher Dr. Terhi Riutta, now at the University of Exeter, said, “A lot of the carbon released in recovering forests is from collateral damage—trees that have died as a result of damage during the logging operations left to rot, and from disturbed soil. Logged forests still have value—we know they have a unique biodiversity—so making sure they are also not releasing extra carbon through better logging practices will boost their sustainability.”

Many previous studies of recovering forests have focused on measuring tree growth to estimate the amount of carbon taken from the atmosphere. The new study also measured how much carbon was coming from the ground (soil and dead wood) to calculate the carbon budget from the incoming and outgoing carbon flows for logged and unlogged (old-growth) forest.

Logged forest plots in the study had experienced logging at different stages over the prior few decades. The measurements were taken between 2011 and 2017.

To measure the carbon released from the ground, researchers used a portable carbon dioxide monitor to test patches of ground and pieces of deadwood in several plots monthly for several years. The team had also set up a 52-meter-tall tower above the forest canopy to continuously measure the “flux” of carbon into and out of the forest to see whether it was a net source or sink of carbon.

They found that unlogged forested areas are generally carbon neutral, but that moderately and heavily logged tropical forest areas are a carbon source. They estimate an average carbon source of 1.75 +/- 0.94 metric tons of carbon per hectare within moderately logged plots and 5.23 +/- 1.23 metric tons of carbon per hectare in severely degraded plots, with emissions continuing at these rates for at least one decade after logging.

Co-author Professor Rob Ewers, from the Department of Life Sciences at Imperial, said, “The measurements from the tower show us whether the forest area is a source or a sink of carbon, and the soil monitoring tells us why this is. From these measurements, we know logged forests are still a source of carbon up to a decade after they have been logged, and that this primarily comes from organic matter in the soil or from rotting wood.”

The team say carbon monitoring should be conducted in other forests in different regions to build a more accurate picture of how logged forests contribute to global carbon budgets.


Citation:
Forests recovering from logging act as a source of carbon (2023, January 9)