Future temperature growth in Asia is being overestimated by between 3.4% and 11.6% 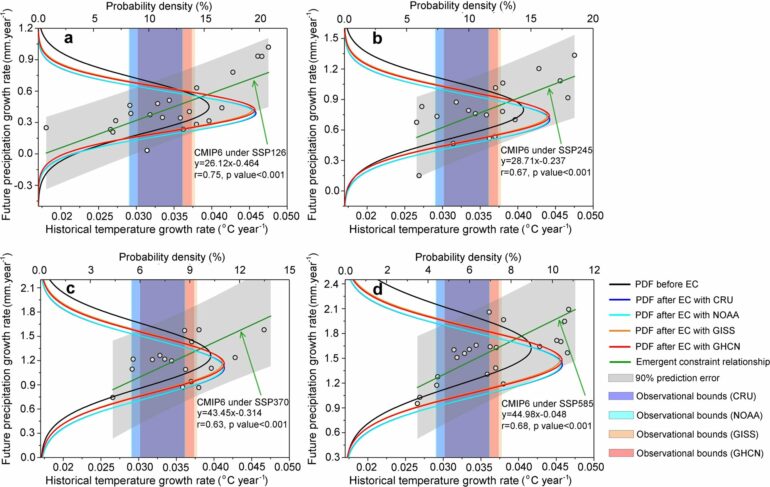 Global climate tools being used to predict future temperature rises and rainfall across Asia are significantly overestimating their potential growth and impact, according to new research.

Based on revised calculations, an international team of researchers say this could result in the rate of snow cover loss in Asia, notably in the Himalayas, being between 10.5% and 40.2% lower than previously predicted.

As well as the physical effects on the landscape, this, they add, could have significant knock-on effects on both predicted future climate warming and water availability in Asia.

Around half of the world’s population lives in Asia, with environmental scientists and engineers constantly required to estimate the effect of global warming on the hydrological cycle, particularly precipitation in the form of rainfall.

Such estimates are vitally important when it comes to developing both present and future climate change mitigation and water resources management policies.

Alistair Borthwick, Professor of Applied Hydrodynamics at the University of Plymouth and one of the study’s co-authors, said, “Understanding of the relationships between global warming and future rainfall parameters is key to estimating the scale, intensity, and future occurrences of flood and drought events worldwide.

“Using the latest techniques in data analytics, our work has determined empirical relationships called emergent constraints that should enable water experts to provide better forecasts of future precipitation in Asia.”

This study involved researchers based at universities in Amsterdam, Wuhan, Edinburgh, Nanjing, Oxford and Plymouth, and used emergent constraints to evaluate the relationship between temperature growth rates from 1970 to 2014, and rainfall growth rates from 2015 to 2100 across Asia.

Emergent constraints are obtained by discovering trends in data relating to model simulations of the present climate and projections of the future climate.

For such trends to be useful in practice, they should have plausible physical explanations that are verifiable, and evidence be provided that the trends are satisfied by out-of-sample tests.

Co-author Dr. Louise Slater, of the University of Oxford, said, “It is important to accurately estimate future climate changes. Our work shows that future increases in rainfall and temperature over Asia are likely to be smaller than previously thought.”

Another Co-author Dr. Yue Yao, of Wuhan University, added, “Our work reveals that previous projections of future temperature and snow loss growth rates are overestimated across Asia. Therefore, the acceleration of future water cycles is expected to be slower. This has positive implications for climate mitigation and adaption.”

The potential impacts of warming temperatures in Asia

“For the Himalayas, higher temperatures will cause glacier retreat and less snow cover. Snowmelt and glacier water could significantly raise river flow discharges, increasing the likelihood of extreme floods and landslides which would inundate downstream cities, urban areas, and farmland. Several thousand glacier lakes are found in the Himalayas, comprising glacier meltwater enclosed by moraine. These lakes are susceptible to sudden outburst floods. In Nepal, snowmelt water may exacerbate floods, avalanches, and landslides, bringing a cascade of hazards to people living in downstream cities.

“The study improves the accuracy of forecasts of temperature and precipitation growth rates over Asia, enabling authorities to develop better revegetation schemes, shelterbelts, flood mitigation measures, and flood warning systems. In short, it helps us better prepare for the challenges global warming is likely to pose to Asia.”