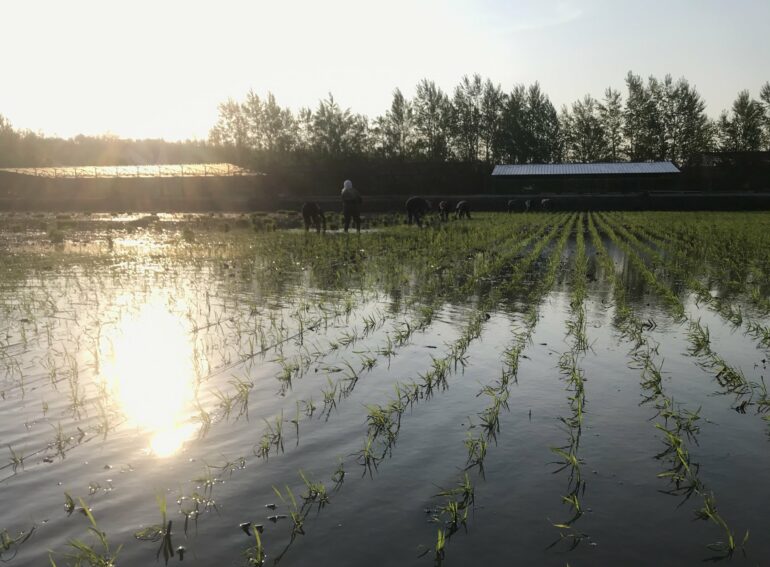 The San Andreas Fault in California is renowned for its large and infrequent earthquakes. However, some segments of the San Andreas Fault (SAF) instead are characterized by frequent quakes of small to moderate magnitude and high rates of continuous or episodic aseismic creep. With tectonic strain released in a quasi-steady motion, that reduces the potential for large earthquakes along those segments.

Now, researchers say ubiquitous evidence for ongoing geological carbon sequestration in mantle rocks in the creeping sections of the SAF is one underlying cause of aseismic creep along a roughly 150 kilometer-long SAF segment between San Juan Bautista and Parkfield, California, and along several other fault segments.

“Although there is no consensus regarding the underlying cause of aseismic creep, aqueous fluids and mechanically weak minerals appear to play a central role,” researchers say in a new paper, “Carbonation of serpentinite in creeping faults of California,” published in Geophysical Research Letters.

The new study integrates field observations and thermodynamic modeling “to examine possible relationships between the occurrence of serpentinite, silica-carbonate rock, and CO2-rich aqueous fluids in creeping faults of California,” the paper states. “Our models predict that carbonation of serpentinite leads to the formation of talc and magnesite, followed by silica-carbonate rock. While abundant exposures of silica-carbonate rock indicate complete carbonation, serpentinite hosted CO2-rich spring fluids are strongly supersaturated with talc at elevated temperatures. Hence, carbonation of serpentinite is likely ongoing in parts of the San Andres Fault system and operates in conjunction with other modes of talc formation that may further enhance the potential for aseismic creep, thereby limiting the potential for large earthquakes.”

The paper indicates that because wet talc is a mechanically weak mineral, “its formation through carbonation promotes tectonic movements without large earthquakes.”

The researchers recognized several possible underlying mechanisms causing aseismic creep in the SAF, and they also noted that because the rates of aseismic creep are significantly higher in some parts of the SAF system, an additional or different mechanism—the carbonation of serpentinite—is needed to account for the full extent of the creep.

With fluids basically everywhere along the SAF, but with only certain portions of the fault being lubricated, researchers considered that a rock could be responsible for the lubrication. Some earlier studies had suggested that the lubricant could be talc, a soft and slippery component that is commonly used in baby powder. A well-established mechanism for forming talc is by adding silica to mantle rocks. However, the researchers here focused on another talc-forming mechanism: adding CO2 to mantle rocks to form soapstone.

“The addition of CO2 to mantle rocks —which is the mineral carbonation or carbon sequestration process—had not previously been investigated in the context of earthquake formation or the natural prevention of earthquakes. Using basic geological constraints, our study showed where these carbonate-altered mantle rocks are and where there are springs along the fault line in California that are enriched in CO2. It turned out that when you plot the occurrence and distribution of these rock types and the occurrence of CO2-rich springs in California, they all line up along the San Andreas Fault in creeping sections of the fault where you don’t have major earthquakes,” said Frieder Klein, lead author of the journal article.

Klein, an associate scientist in the Marine Chemistry and Geochemistry Department at the Woods Hole Oceanographic Institution, explained that carbonation is basically the uptake of CO2 by a rock. Klein noted that he had used existing U.S. Geological Survey databases and Google Earth to plot the locations of carbonate-altered rocks and CO2-rich springs.

“The geological evidence suggests that this mineral carbonation process is taking place and that talc is an intermediary reaction product of that process,” Klein said. Although researchers did not find soapstone on mantle rock outcrops, results from theoretical models “strongly suggest that carbonation is an ongoing process and that soapstone indeed could form in the SAF at depth,” the paper notes.

These theoretical models “suggest that carbon sequestration with the SAF is taking place today and that the process is actively helping to lubricate the fault and minimize strong earthquakes in the creeping portions of the SAF,” Klein said.

The paper also notes that this mechanism may also be present in other fault systems. “Because CO2-rich aqueous fluids and ultramafic rocks are particularly common in young orogenic belts and subduction zones, the formation of talc via mineral carbonation may play a critical role in controlling the seismic behavior of major tectonic faults around the world.”

As climate change makes some areas dangerous to live in, it may get harder to move