Hidden upwelling systems may be overlooked branches of ocean circulation 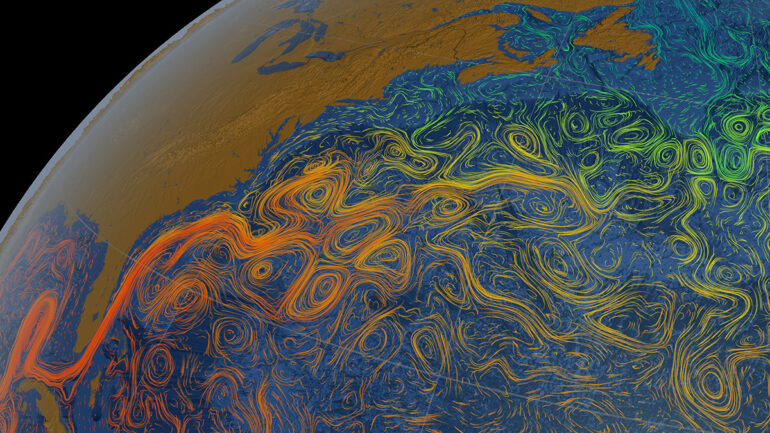 Upwelling and downwelling play an important role in transporting the heat, carbon, and nutrients that affect Earth’s climate. Many studies have focused on these vertical motions in the ocean, including in eastern boundary currents, along the equator, and in the Southern Ocean.

Previous research has suggested that western boundary currents (WBCs) are associated with vertical water transport, but the strong presence and dynamics of vertical motions in the main WBC areas have not been described to date, in part because powerful horizontal water movement and eddies associated with WBCs make it hard to detect direct WBC-associated vertical motions.

Although not directly observed, strong subsurface upwelling was seen in all major WBC areas in all six of the data sets. The authors say that upwelling systems are necessary for the WBCs to be in geostrophic balance. In addition, they found that vertical motion in the WBC areas is relatively deep—deeper than upwelling near the equator, for example—and the WBC upwelling can reach the surface mixed layer. This finding suggests that in subtropical regions, WBC upwelling plays a role in the vertical movement of heat and carbon, which could be significant in heat and carbon regulation in the upper ocean and atmosphere over long timescales.

In addition, this upwelling and associated circulation in subtropical regions suggest that WBC upwelling is a path through which various biological, chemical, and physical processes travel. But the authors note that more research is needed to better understand the dynamics of WBC upwelling and the role it plays in the climate system.