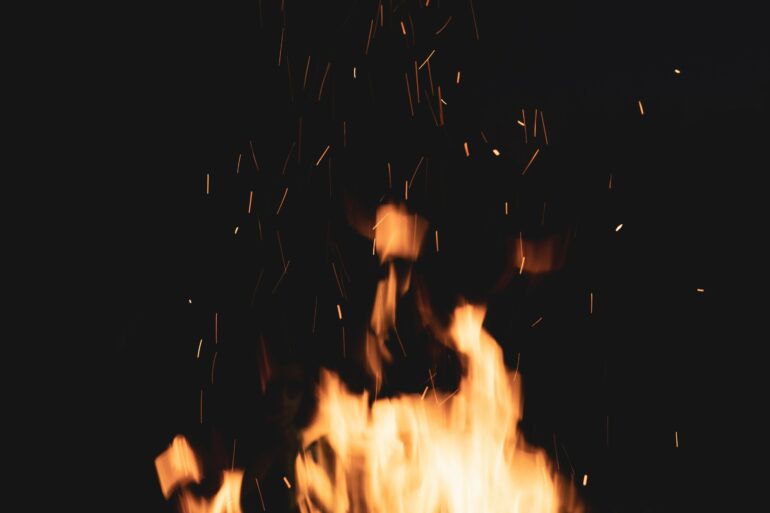 Nighttime fires have become more intense and more frequent in recent decades, as hot, dry nights are more commonplace, according to a new study led by the Cooperative Institute for Research in Environmental Sciences’ (CIRES) Earth Lab at the University of Colorado Boulder.

Forty years ago, cool, moist nights regularly provided relief to firefighters—and “flammable nights” were rare. Now, due to a changing climate, nights are warming faster than days are, and there are 11 more flammable nights every year in the U.S. West—a 45% spike, the team found.

“Night is the critical time for slowing a speeding fire—and wildfire’s night brakes are failing,” said Jennifer Balch, CIRES Fellow, Director of CIRES’ Earth Lab and lead author on the study out Feb. 16 in Nature.

The new analysis relied on a key measurement of the thirst of the atmosphere—the Vapor Pressure Deficit, or VPD. When VPD is relatively low, the air is cool and moist, and fires cannot thrive. Fire suppression operations take advantage of these nighttime conditions to squelch flames. But when the VPD is high, the air is hot and dry, parched and primed for burning.

And in a first: the team analyzed satellite observations and hourly climate data for 81,000 global fires to pinpoint the exact VPD tipping point when it becomes hot and dry enough to burn at night. The researchers found one full week of additional flammable nights per year in a fifth of burnable lands across the globe in the last 40 years. And in the western U.S., it increased by more: 11 nights—a 45% increase over the four decades (1979-2020).

The team also used a novel remote sensing and modeling technique to evaluate fire progression hourly for tens of thousands of fire events. And they found globally, night fires have become 7.2% more intense from 2003–2020. In the U.S. West, that number was much higher: 28%.

Balch and her team also reported:

a 36% increase of flammable nighttime hours between 1979 and 2020. By comparison, daytime flammable hours “only” increased by 27%.certain ecosystems were hit harder than others: evergreen and broadleaf forests, shrublands and grasslands. and they expect to see changing fire emissions resulting from lower intensity or smoldering burning that often occurs at night.

“People tend to pay more attention to conditions during the daytime: when fires are most active. But there’s not enough attention put on nighttime: when cooler conditions tend to slow fires down or even extinguish them completely,” said Adam Mahood, postdoctoral researcher at Earth Lab and co-author on the paper. And the nighttime really matters: human-caused climate change has comparatively warmed the night more than the day over the past seven decades—and it’s only going to get worse from here, the team noted.

Recent destructive fires in December 2021—in midwestern Kansas and the Marshall Fire in Boulder County, Colorado—further highlight the importance of better understanding the climate-related drivers of wildfire.

“With continued nighttime warming, we expect to see more runaway wildfires that are more intense, faster, and larger,” said Balch, associate professor of geography at CU Boulder. “That means firefighters don’t get the breaks at night they used to get—they have to battle flames 24/7.”