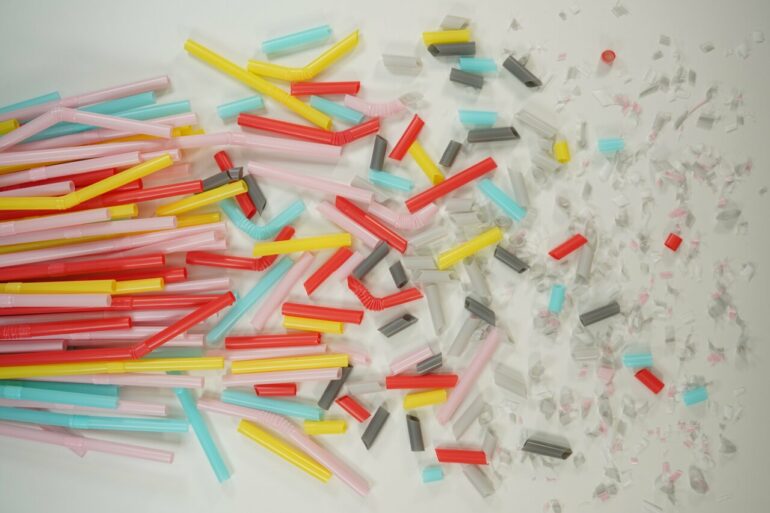 Microplastics are being transported to some of the most remote places on Earth by the wind, according to new research involving the University of East Anglia. A new study published today in Nature Reviews Earth & Environment shows how wind transports these particles great distances, and much faster than water can.

In the atmosphere, these microscopic pieces of plastic can travel from their point of origin to the most remote corners of the planet in a matter of days.

He said: “Microplastics are small plastic particles, which come from a variety of sources including cosmetics, clothing, industrial processes, packaging materials and degradation of larger plastic items.

“It is known that microplastics are found in the environment at high levels, particularly in aquatic and marine ecosystems, but also in the soil and in the air we breathe.

“We know that these tiny plastic particles have even reached the Arctic, the Antarctic and the ocean depths, via ocean currents and rivers.

“We wanted to better understand how microplastics find their way into the atmosphere, and how they are subsequently transported into our planet’s waters.”

The research, led by Dr. Deonie Allen and Dr. Steve Allen from the University of Strathclyde, involved collecting samples of microplastic in the air, seawater and ice during a Polarstern expedition to the Arctic last year.

Dr. Mayes said: “Microplastics get into the atmosphere through human activities. Particles produced by tires and brakes in road traffic, or by the exhaust gases from industrial processes, rise into the atmosphere, where they are transported by winds.

“We found that the atmosphere predominantly transports small microplastic particles, which makes it a much faster transport route that can lead to substantial deposits in a broad range of ecosystems.”

The team discovered that up to 25 million metric tons of micro and nanoplastics are being transported thousands of kilometers a year by ocean air, snow, sea spray and fog—crossing countries, continents and oceans in the process.

And according to their estimates, this could reach 80 million metric tons per year by 2040.

Prof Peter Liss, from UEA’s School of Environmental Sciences, said: “In contrast to the usual assumption that microscopic pieces of plastic enter the ocean down rivers, our work makes the case for the significance of the atmosphere as an alternative route of entry.

“It also sets out a way for this idea to be tested in future research. The potential implications of the atmospheric route for policy to decrease plastic pollution of the oceans are serious since rivers and atmosphere need to be tackled in very different regulatory ways.”

Collaborator Dr. Melanie Bergmann from the Alfred Wegener Institute in Germany, said: “Air is a much more dynamic medium than water. As a result, micro and nanoplastic can much more quickly penetrate those regions of our planet that are most remote and still largely untouched.”

Once there, the particles could affect the surface climate and the health of local ecosystems. For example, when these darker particles are deposited on snow and ice, they affect the ice-albedo feedback, reducing their ability to reflect sunlight and promoting melting.

Similarly, darker patches of seawater absorb more solar energy, further warming the ocean. And in the atmosphere, microplastic particles can serve as condensation nuclei for water vapor, producing effects on cloud formation and, in the long term, the climate.

The team also found that a substantial number of these particles are transported by the marine environment. Initial analyses show that microplastic from the coastal zone finds its way into the ocean through eroded beach sand.

Timing of ocean plankton blooms to shift with global warming

The combination of sea spray, wind and waves forms air bubbles in the water containing microplastic. When the bubbles burst, the particles find their way into the atmosphere. As such, transport to remote and even polar regions could be due to the combination of atmospheric and marine transport.

Consequently, it is important to understand interactions between the atmosphere and ocean, to determine which particle sizes are transported, and in which quantities.

“There are so many aspects of the emissions, transport and effects of microplastic in the atmosphere that we still don’t fully understand,” says co-author Prof Tim Butler from the Institute for Advanced Sustainability Studies (IASS). “This publication reveals the gaps in our knowledge—and presents a roadmap for the future.”

“Microplastics and nanoplastics in the marine-atmosphere environment” was published in the journal Nature Reviews Earth and Environment on May 10, 2022.


Citation:
How microplastics in the air are polluting the most remote places on Earth (2022, May 10)