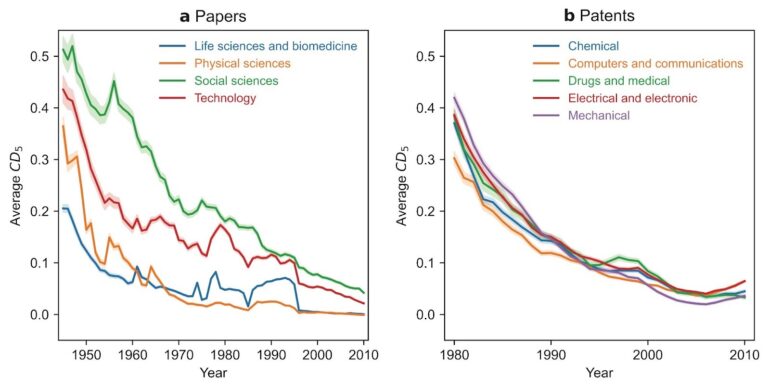 Researchers have created a map of oceanic “dead zones” that existed during the Pliocene epoch, when the Earth’s climate was two to three degrees warmer than it is now. The work could provide a glimpse into the locations and potential impacts of future low oxygen zones in a warmer Earth’s oceans.

Oxygen minimum zones, or OMZs, are areas in the ocean where oxygen levels in the mid-waters (from 100 to 1000 meters below the surface) are too low to support most marine life. These dead zones play an important role in the ocean’s overall health.

“OMZs are very important for geochemical cycling in the ocean,” says Catherine Davis, assistant professor of marine, earth and atmospheric sciences at North Carolina State University and corresponding author of the research. “They occur in areas where sunlight and atmospheric oxygen don’t reach. Their locations dictate where carbon and nitrogen (an essential nutrient for all life on Earth) are available in the ocean—so they’re important drivers of nutrient cycles.”

Being able to predict the location of OMZs is important not only for understanding nutrient cycling, but also because of their effects on marine life. Oceanic dead zones restrict the range of animals to the shallow surface ocean where oxygen is more plentiful.

Davis and her colleagues wanted to figure out how a warmer climate might impact future OMZs. So they looked to the Pliocene epoch, (5.3 to 2.6 million years ago) when the Earth’s atmospheric CO2 levels were close to what they are now.

“The Pliocene is the last time that we had a stable, warm climate globally, and the average global temperature was 2 C to 3 C warmer than it is now—which is what scientists predict could be the case in about 100 years,” Davis says.

To determine where Pliocene OMZs were located, the researchers used tiny fossilized plankton called foraminifera. Foraminifera are single-celled organisms about the size of a large grain of sand. They form hard, calcium carbonate shells, which can stay in marine sediments.

One species in particular—Globorotaloides hexagonus—is found only in low oxygen zones. By combing through databases of Pliocene sediments to locate that species, the team was able to map Pliocene OMZs. They overlaid their map onto a computer model of Pliocene oxygen levels, and found that the two agreed with each other.

The OMZ map showed that during the Pliocene, low-oxygen waters were much more widespread in the Atlantic Ocean—particularly in the North Atlantic. The North Pacific, on the other hand, had fewer low-oxygen areas.

“This is the first global spatial reconstruction of oxygen minimum zones in the past,” Davis says. “And it’s in line with what we’re already seeing in the Atlantic in terms of lower oxygen levels. Warmer water holds less oxygen. This dead zone map from the Pliocene could give us a glimpse into what the Atlantic might look like 100 years from now on a warmer Earth.”

What would a future with much less oxygen in the Atlantic mean? According to Davis, it could have a big impact on everything from carbon storage and nutrient cycling in the ocean to how fisheries and marine species are managed.

“OMZs act as a ‘floor’ for marine animals—they get squished to the surface,” Davis says. “So fishermen may suddenly see a lot of fish, but it doesn’t mean that there are actually more than normal—they’re just being forced into a smaller space. Fisheries will need to take the effects of OMZs into account when managing populations.

Planet-scale MRI: High resolution illumination of Earth’s interior down to the planet’s core

“We may also see subtle but far-reaching changes concerning the amounts of nutrients available for life in those surface waters, as well as where CO2 taken up by the ocean is stored.”

The research appears in Nature Communications.Davis began the research while a postdoctoral researcher at Yale. Postdoctoral researcher Elizabeth Sibert, Associate Professor of Geology and Geophysics Pincelli Hull, former Ph.D. student Peter Jacobs and Associate Professor of Atmospheric, Oceanic and Earth Sciences Natalie Burls, also contributed to the work. Sibert and Hull are at Yale, Burls is at George Mason University, and Jacobs, formerly at George Mason, is at NASA.