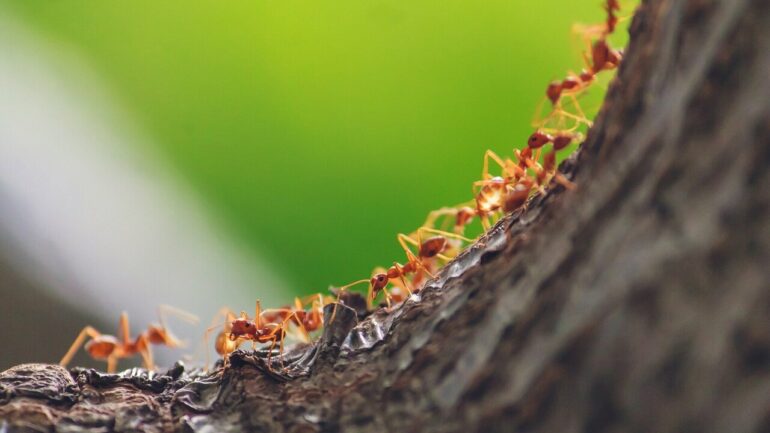 Ants may be the unlikely heroes when it comes to better understanding the health of our planet in the midst of a climate crisis. In a paper published to Frontiers in Remote Sensing, a team of scientists, including those from NASA, have found a way to estimate the depth of snow from orbit using ants deep underground.

One member of the team is Yongxiang Hu from NASA’s Langley Research Center who drew inspiration from physics and biology to create a unique snow depth model. A previously developed model found that the average time an ant walks around inside the colony before coming back is roughly four times the volume of the colony divided by its surface area.

“I studied properties of clouds and learned light bounces among cloud particles randomly, similar to the ants’ movement inside its colony. So, I thought that the ants theory might apply to snow too since snow comes from clouds,” Hu explained.

In the same way that an ant goes inside the colony and moves about randomly before coming back out, a photon of light from a lidar instrument enters the snow and is scattered as it meets the snow particles until it exits and is detected by the telescope on ICESat-2 (Ice, Cloud and land Elevation Satellite-2).

Ice and snow: the indissoluble bond

With this new innovation used to measure how deep is the layer of snow covering sea ice surfaces and mountains, scientists can get a clearer picture of how the climate crisis is affecting sea ice thickness as well as thickness of glaciers over land.

“Snowpack provides water resources over many regions, including the western US, and parts of Europe, Africa, and Asia. Snow depth, along with estimated snow density is important for water resource management,” Hu added.

How much will snowfalls decline?

Snow plays an important role in regulating climate because it reflects the Sun’s energy back out into space and helps keep the planet cool. Less snow on the ground equals less reflectivity and more global warming.

While forecasting rainfalls is relatively easy and climate models consistently predict an increase in global rainfall of anywhere between 3% and 7%, estimating how snowfalls may decline in mid-latitude regions as a result of global warming is much more complex. This is where this new technique will make a difference.

Hu worked with other scientists at NASA, the University of Arizona, Stevens Institute of Technology, and Ball Aerospace and hopes climate scientists will increasingly adopt snow properties derived from this robust physics-based technique to make their forecasts.

“I am confident this technique will revolutionize how we forecast snow evolution in the future and model sea ice changes, and we are already working on the design of the next generation of satellites specifically for snow depth,” said Hu.

Citation:
Method used to track ants underground could revolutionize how we measure snow depth from space (2022, May 18)