Microscopic ocean predator with a taste for carbon capture 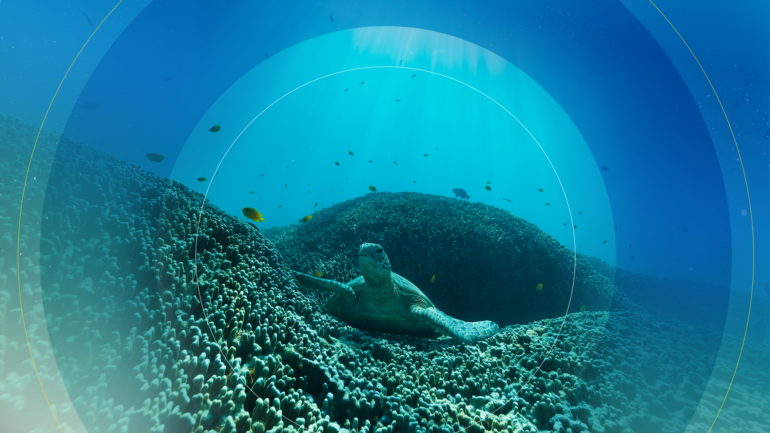 A single-celled marine microbe capable of photosynthesis and hunting and eating prey may be a secret weapon in the battle against climate change.

Scientists at the University of Technology Sydney (UTS) have discovered a new species that has the potential to sequester carbon naturally, even as oceans warm and become more acidic.

The microbe, abundant around the world, photosynthesises and releases a carbon-rich exopolymer that attracts and immobilizes other microbes. It then eats some of the entrapped prey before abandoning its exopolymer “mucosphere”. Having trapped other microbes, the exopolymer is made heavier and sinks, forming part of the ocean’s natural biological carbon pump.

Marine biologist Dr. Michaela Larsson led the research, published in the journal Nature Communications, and says the study is the first to demonstrate this behavior.

Marine microbes govern oceanic biogeochemistry through a range of processes including the vertical export and sequestration of carbon, which ultimately modulates global climate.

Dr. Larsson says that while the contribution of phytoplankton to the carbon pump is well established, the roles of other microbes are far less understood and rarely quantified. She says this is especially true for mixotrophic protists, which can simultaneously photosynthesise, and consume other organisms.

“Most terrestrial plants use nutrients from the soil to grow, but some, like the Venus flytrap, gain additional nutrients by catching and consuming insects. Similarly, marine microbes that photosynthesise, known as phytoplankton, use nutrients dissolved in the surrounding seawater to grow,” Dr. Larsson says.

“However, our study organism, Prorocentrum cf. balticum, is a mixotroph, so is also able to eat other microbes for a concentrated hit of nutrients, like taking a multivitamin. Having the capacity to acquire nutrients in different ways means this microbe can occupy parts of the ocean devoid of dissolved nutrients and therefore unsuitable for most phytoplankton.”

Professor Martina Doblin, senior author of the study, says the findings have global significance for how we see the ocean balancing carbon dioxide in the atmosphere.

The researchers estimate that this species, isolated from waters offshore from Sydney, has the potential to sink 0.02-0.15 gigatons of carbon annually. A 2019 National Academies of Sciences, Engineering, and Medicine report found that to meet climate goals, CO2 removal technologies and strategies will need to remove approximately 10 gigatons of CO2 from the atmosphere every year until 2050.

“This is an entirely new species, never before described in this amount of detail. The implication is that there’s potentially more carbon sinking in the ocean than we currently think, and that there is perhaps greater potential for the ocean to capture more carbon naturally through this process, in places that weren’t thought to be potential carbon sequestration locations,” Professor Doblin says.

She says an intriguing question is whether this process could form part of a nature-based solution to enhance carbon capture in the ocean.

“The natural production of extra-cellular carbon-rich polymers by ocean microbes under nutrient-deficient conditions, which we’ll see under global warming, suggest these microbes could help maintain the biological carbon pump in the future ocean.”

“The next step before assessing the feasibility of large-scale cultivation is to gauge the proportion of the carbon-rich exopolymers resistant to bacteria breakdown and determine the sinking velocity of discarded mucospheres.

“This could be a game changer in the way we think about carbon and the way it moves in the marine environment.”