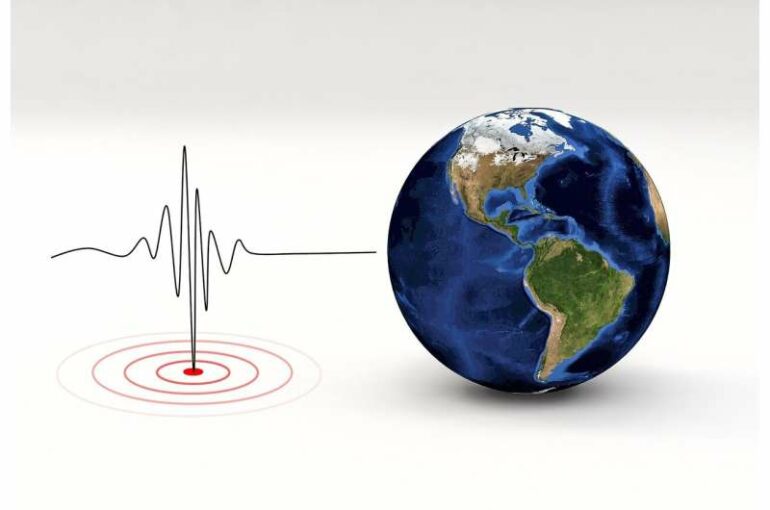 The Santa Cruz Mountains define the geography of the Bay Area south of San Francisco, protecting the peninsula from the Pacific Ocean’s cold marine layer and forming the region’s notorious microclimates. The range also represents the perils of living in Silicon Valley: earthquakes along the San Andreas fault.

In bursts that last seconds to minutes, earthquakes have moved the region’s surface meters at a time. But researchers have never been able to reconcile the quick release of the Earth’s stress and the bending of the Earth’s crust over years with the formation of mountain ranges over millions of years. Now, by combining geological, geophysical, geochemical and satellite data, geologists have created a 3D tectonic model that resolves these timescales.

The research, which appears in Science Advances Feb. 25, reveals that more mountain building happens in the period between large earthquakes along the San Andreas Fault, rather than during the quakes themselves. The findings may be used to improve local seismic hazard maps.

“This project focused on linking ground motions associated with earthquakes with the uplift of mountain ranges over millions of years to paint a full picture of what the hazard might actually look like in the Bay Area,” said lead study author Curtis Baden, a Ph.D. student in geological sciences at Stanford University’s School of Earth, Energy & Environmental Sciences (Stanford Earth).

Geologists estimate the Santa Cruz Mountains started to uplift from sea level about four million years ago, forming as the result of compression around a bend in the San Andreas fault. The fault marks the boundary between the Pacific Plate and the North American Plate, which shift past each other horizontally in a strike-slip motion.

Measurements of deformation—changes in the shapes of the rocks—have shown that Earth’s surface warps and stretches around the San Andreas fault during and in between earthquakes, and behaves much like an elastic band over seconds, years and even decades. But that classic approach cannot align with geologic observational data because it doesn’t allow the rocks to yield or break from the stress of the warping and stretching, as they eventually would in nature—an effect that has been observed in Earth’s mountain ranges.

“If you try to treat the Earth like an elastic band and drive it forward too far, you’re going to exceed its strength and it’s not going to behave like an elastic anymore—it’s going to start to yield, it’s going to start to break,” said senior study author George Hilley, a professor of geological sciences at Stanford Earth. “That effect of breaking is common to almost every plate boundary, but it’s seldom addressed in a consistent way that allows you to get from earthquakes to the long-term effects.”

“The conventional wisdom is that permanent uplift of the rock actually happens as the result of the immense force of the earthquake,” Hilley said. “This argues that the earthquake itself is actually relieving the stress that is built up, to some degree.”

Because the Santa Cruz Mountains neighbor several research institutions, including Stanford, the University of California, Berkeley, and the United States Geological Survey (USGS), scientists have gathered an immense amount of information about the mountain range over the course of more than 100 years.

Efforts to collect geological and geophysical data were especially spurred by major recent events like the 1989 Loma Prieta earthquake and the 1906 San Francisco earthquake, but the formation of the Santa Cruz Mountains likely spanned hundreds of thousands of smaller earthquakes over millions of years, according to the researchers.

The study authors compiled the existing suite of observations, and also collected new geochemical data by measuring Helium gas trapped within crystals contained in rocks of the mountains to estimate how fast these rocks are coming to the surface from thousands of feet below. They then compared these datasets with model predictions to identify how earthquakes relate to uplift and erosion of the mountain range. The process took years of specifying material properties to reflect the complexity that nature requires.

The researchers ran their simulation from when the Santa Cruz Mountains started to uplift four million years ago until present day to understand how the evolution of topography near the San Andreas fault through time influences recent and potential future earthquakes.

Climate change is closing daily temperature gap: Clouds could be the cause

“Currently, seismic hazard assessments in the San Francisco Bay area are largely based on the timing of earthquakes spanning the last few hundred years and recent crustal motions,” Baden said. “This work shows that careful geologic studies, which measure mountain-building processes over much longer timescales than individual earthquakes, can also inform these assessments.”

The scientists are currently working on a companion paper detailing how hazard risk maps could be improved using this new model.

“We now have a way forward in terms of actually having a viable set of mechanisms for explaining the differences between estimates at different time scales,” Hilley said. “The more we can get everything to fit together, the more defensible our hazard assessments can be.”