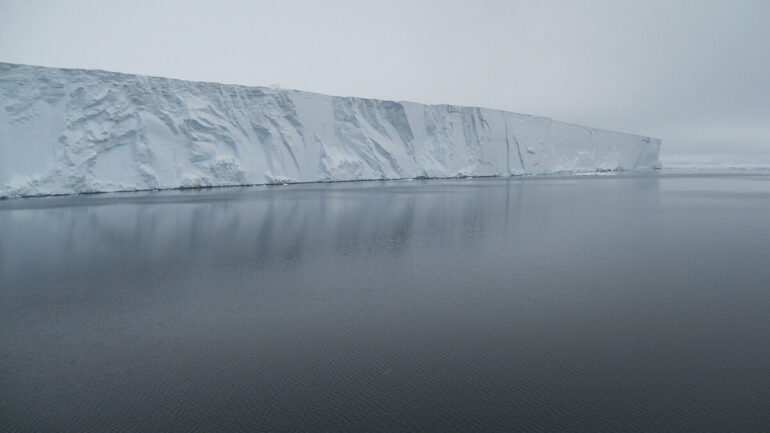 In the deepest reaches of the Southern Ocean surrounding Antarctica lies the Antarctic Bottom Water, a mass of the coldest, densest lower layer of water in Earth’s oceans. Antarctic Bottom Water plays a key role in the circulation of seawater around the globe and therefore helps regulate Earth’s climate. However, its inaccessibility has made it difficult to monitor continuously over time.

Now, Foppert et al. have used data from 12 recently developed, freely drifting instruments known as Deep Argo floats to uncover novel insights into this mysterious water mass. In 2018 and 2019, researchers deployed the 12 floats in the Australian-Antarctic Basin—a location where previous studies found strong evidence that Antarctic Bottom Water has been growing warmer and less salty in recent decades. Each float is roughly 1.5 meters long and can measure temperature, salinity, and pressure at depths of up to 6,000 meters.

The floats now have been continuously drifting and monitoring Antarctic Bottom Water in the Australian-Antarctic Basin for more than two years, capturing its flow in unprecedented detail and marking one of the first times this part of the ocean has been studied in wintertime—far beneath a seasonal layer of sea ice.

Analysis of these data confirmed prior evidence that Antarctic Bottom Water in the Australian-Antarctic Basin follows a clockwise circulation path to the west of Antarctica’s Ross Sea and Adélie Land, the two main sources of this deep, dense seawater. The data also revealed new insights into the highly variable flow of this bottom water. Specifically, the scientists found that most of the water sourced from the Ross Sea flows westward while hugging the underwater continental slope that leads down from Antarctica to the seafloor but that some of the Ross Sea water leaks into the deeper ocean.

Meanwhile, near a longitude of 140°E, Antarctic Bottom Water sourced from Adélie Land flows downslope, occasionally in pulses during summertime. It cuts under Ross Sea bottom water and down a narrow path between the slope and a seamount.

These findings enhance understanding of Antarctic Bottom Water and could pave the way to further continuous, cost-effective monitoring, which could ultimately help boost understanding of global climate change.

This story is republished courtesy of Eos. Read the original story here.