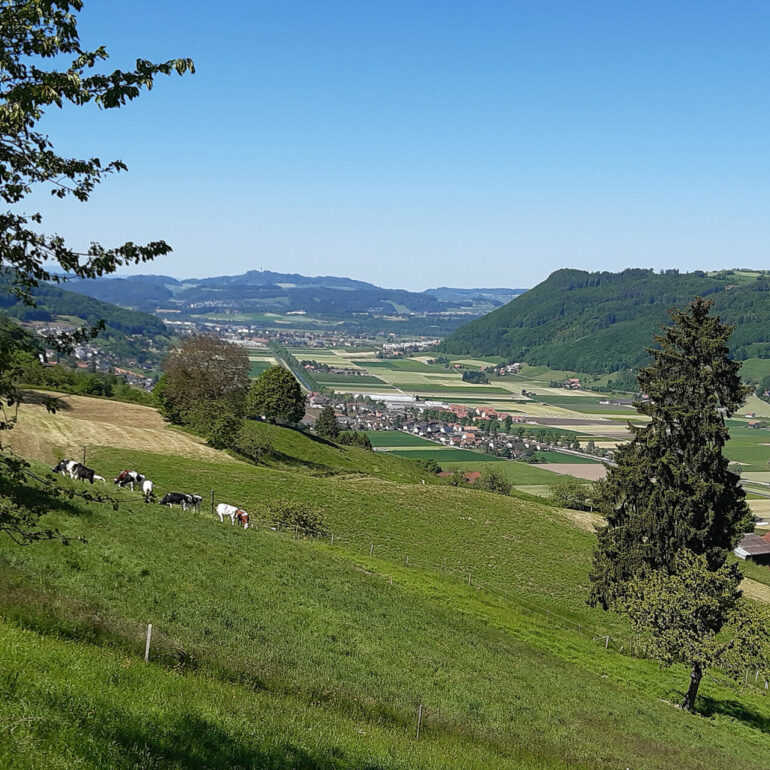 A team led by the University of Bern was able to prove that the glaciers of the penultimate ice age (the “Riss’ glaciation) mainly eroded the bedrock between Thun and Bern, but that during the last glaciation ( the “Würm’ glaciation) glacial carving resulted in a widening and not in a further deepening of the valleys. The researchers reconstructed the geometry of the bedrock using gravity measurements to reach their conclusions.

The glacial cycles repeat themselves every hundred thousand years. This was also the case during the recent geological past in the Alpine region. During the “Riss’ Ice Age, between 200,000 and 150,000 years ago, the glaciers advanced far into the Swiss Plateau and shaped the landscape. The same occurred during the “Würm’ glaciation between 100,000 and 20,000 years ago, when several smaller ice advances and then the large glaciers 20,000 years ago led to a further change of our landscape. These ice masses not only sculpted the hills and the mountains, they also resulted in the formation of valleys and gorges several hundred meters deep, the so-called over-deepenings. These were then covered with gravel and debris after the glaciers retreated, and therefore they are hidden under the present surface.

The city of Bern is built on such an underground valley system. The same is also the case for the Aare and Gürbetal valleys. There the bedrock is hidden up to 200 meters below the valley floor. What do these valleys look like now? Do they have a steep flank and a U-shaped cross-section, or are they more V-shaped with gently sloping flanks? What is the shape of the valleys that the two major glaciers formed? These questions have now been answered in a study conducted by the Institute for Geology at the University of Bern. The researchers were able to prove that glacial erosion during the “Riss’ glacial period mainly led to the deep carving of these overdeepenings. They were also able to show that the glaciers of the last major glaciation 20,000 years ago did not further deepen these valleys, but widened them. The study was published in the journal Scientific Reports.

“These devices are very carefully adjusted so that even the slightest deviations in the density distribution can be measured,” explains Professor Fritz Schlunegger, who initiated the study together with his colleague from the ETH Zurich, Professor Edi Kissling. The researchers have now conducted gravity measurements across the Gürbe and Aare valleys. They could document the occurrence of overdeepenings beneath both valleys that are filled with debris and lake deposits.

“In the Gürbe valley this structure is about 155 meters deep, whereas in the Aare valley the overdeepening is at least 100 meters deeper. Thanks to exploratory drillings, it was already known that such deepenings are hidden underneath both valleys. With the gravity measurements, however, we were able to show for the first time that the flanks of these overdeepenings are nearly vertical and that their bottoms are flat,” explains Dimitri Bandou, who carried out the study as part of his dissertation. This allowed the team to document that the overdeepenings have a U-shaped cross section. “Therefore, these depressions were formed by glaciers,” confirms Bandou.

The gravity measurements also showed that the overdeepenings are made up of two segments. “In the upper part, the flanks of the overdeepenings are significantly flatter than at depth. Thus the upper part is wide and flat, and the lower part is narrow and deep.” The researchers explain this special geometry to the erosion of the glaciers during an older and a younger ice advance. “There have been several ice advances in the Alps during the geological past, including in the Bern area,” explains Bandou. A very large glaciation occurred during the “Riss’ Ice Age between around 200,000 and 150,000 years ago. “The glaciers of this Ice Age were larger and thicker than the glaciers during the last Ice Age between 100,000 and 20,000 years,” explains Schlunegger. Because of the greater thickness, the “Riss’ glaciers were able to deeply carve into the bedrock. The younger “Würm’ glaciers were less powerful, and glacial erosion mainly resulted in a widening but not in a further deepening of these overdeepenings.

It is still not fully understood why glaciers form overdeepenings. “In contrast to the formation of valleys by rivers, we still cannot simulate the erosive effects of the glaciers and, in particular, the formation of the overdeepenings with modeling software packages,” explains Schlunegger. Apparently, there is a lack of detailed information about the bedrock surface and especially about the flanks of such overdeepenings. “Glaciers erode not only in depth but also in width, and that is why valley flanks provide diagnostic information so that the erosional mechanisms of glaciers can be better understood.” The study that has just been published is expected to yield in a better understanding of how glaciers shape the landscape.