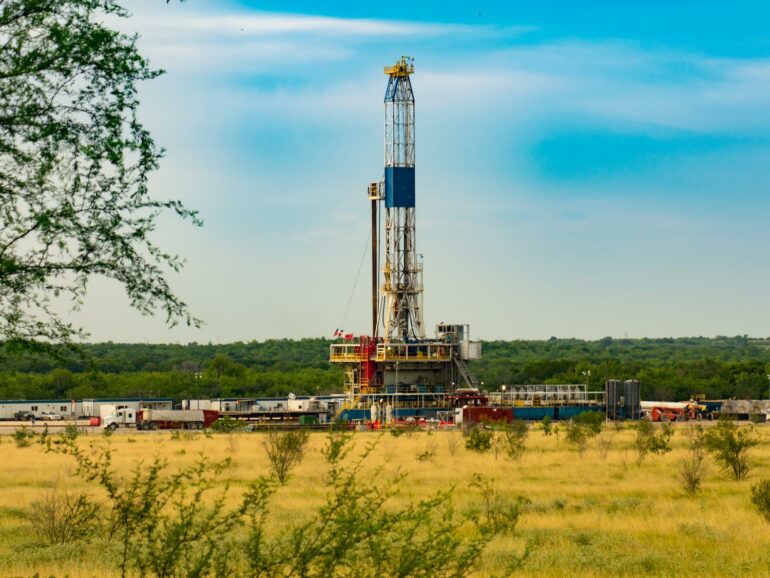 Fracking for natural gas in parts of Pennsylvania with a legacy of energy extraction may increase the risk of groundwater contamination, according to a team led by Penn State scientists.

The researchers found a potential link between elevated levels of chloride in groundwater and areas where horizontal drilling and fracking for shale gas overlaps with a high density of older, conventional oil and gas wells and coal mining in southwestern Pennsylvania. The link was not observed in samples from northeast Pennsylvania, which also experienced the Marcellus Shale boom, but which does not have the same long history of intensive energy extraction.

Elevated chloride levels in southwestern Pennsylvania were found in a few regional hot spots located near high densities of unconventional wells, the scientists said. Though these levels do not exceed safety standards, if they are caused by leaks or spills from unconventional drilling, then substances also present in shale gas waste fluids, such as thallium, may exceed EPA limits in the most densely developed hotspots.

“Our results point to a regional increase in groundwater chloride nearby unconventional wells in southwestern Pennsylvania where the Marcellus Shale play overlaps with a long legacy of oil, gas and coal extraction,” said Samuel Shaheen, a Penn State graduate student, and lead author on the paper. “However, rather than every well producing higher chloride, this regional impact is likely driven by hotspots where brines reach groundwater via leaks or spills, or possibly, where subsurface features or well integrity allows leakage.”

The scientists said further study is needed to determine whether there are potential impacts on drinking water. The study, however, may guide where that future work occurs.

“One of the challenges of studying groundwater contamination from unconventional development is that we’ve drilled over 10,000 of these wells in Pennsylvania,” Shaheen said. “The number of those that have gone on to likely contaminate someone’s drinking water well are pretty small relative to the sheer number of wells that were drilled.”

The team focused their investigation on southwestern Pennsylvania, an area that has experienced extensive coal mining and drilling for oil and gas dating back to the 1800s, and that more recently experienced the Marcellus Shale boom, including horizonal drilling and hydraulic fracturing to extract natural gas.

Fracking for shale gas uses large volumes of water, injected at high pressure, to open underground fissures and expose trapped gas. As a result, the wastewater that is generated by this process often contains large—and highly concentrated—quantities of deep brine salts, such as chloride, barium, and strontium, as well as trace elements such as thallium and arsenic. Some of these substances present potential risks for human health.

The team found increases in chloride, barium, and strontium concentrations localized in regional hot spots. These small—but statistically significant—increases were found closer to unconventional wells, and in areas where more unconventional wells were located less than a mile from water samples.

“It’s not that every gas well is releasing the salts, it’s more that there is a handful of these problem areas where we observe increasing concentrations nearby, and we’re detecting that across the region,” Shaheen said. “The number of unconventional wells that we think are causing problems is really low.”

Chloride can come from other sources such as road salt and the team uses approaches to identify such effects. Some of the samples in the team’s data set were collected during a time when regulations regarding the storage of drilling wastewater were less strict. Now, wastewater is required to be stored in tanks instead of lined reservoirs.

In contrast to the increase in chloride, the team found lower frequencies of methane contamination in southwestern Pennsylvania as compared to northeastern parts of the state. Methane can leak from wells that were improperly constructed or damaged. Methane itself is non-toxic, but it poses an explosion hazard in high concentrations in enclosed areas and can lead to conditions that produce toxic elements like arsenic in water.

“We as geochemists have paid a lot of attention to the methane issue because of the potential for explosions or fire, but here we saw potentially bigger issues on the salt side of things,” Shaheen said.

The lower frequency of methane contamination initially surprised Shaheen and the rest of the team because of coal’s significant emission of methane and the high incidence of coal extraction within the region. But due to the region’s long history of conventional energy extraction, methane may have previously been extracted via conventional drilling or leaked out through coal mines or oil and gas infrastructure into the atmosphere, the scientists said.

“Even though we thought it would cause more issues, this overlap with conventional oil and gas drilling, and coal mining, might have actually released some of the methane that normally causes these issues and reduced the frequency of methane migration during unconventional drilling,” Shaheen said.

The team utilized a data set that consisted of 6,991 groundwater samples, with 4,325 collected from domestic wells and 2,666 from springs. They also used advanced data mining techniques, such as machine learning, to find contamination that is usually infrequent across large data sets.