Scientists address the imbalance of the ‘Asian Water Tower’ 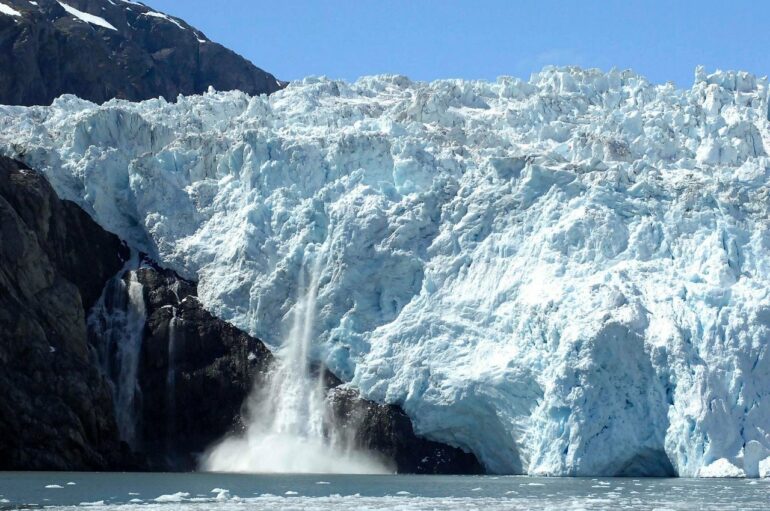 The Third Pole, which is centered on the Tibetan Plateau, stores most of the frozen water in the world after the Antarctic and Arctic. As a reliable water supply for almost 2 billion people, it has become known as the “Asian Water Tower.” However, according to a new study published in Nature Reviews Earth & Environment, the situation is changing.

Even as demand for its water continues to grow, the Asian Water Tower’s frozen assets are melting away, with more liquid water in the northern endorheic basins and less in the southern exorheic basins. “Such imbalance is expected to pose a great challenge to the supply-demand balancing of water resources in downstream regions,” said Prof. Yao Tandong, lead author of the study and co-chair of Third Pole Environment.

The study, entitled “The imbalance of the Asian Water Tower,” describes how it has gotten out of balance. Rapid warming has changed the “stock mix” balance of the Asian Water Tower between solid water in glaciers and liquid water in lakes and river runoff. Changes in atmospheric circulations that shapes the region’s climate have also altered the way in which its “inventory” is distributed.

According to Dr. Tobias Bolch, one of the study’s co-authors and a researcher at the University of St. Andrews, the northern Asian Water Tower loses less solid water but gains more liquid water. “We believe changing multitude westerlies and Indian monsoons have contributed to more precipitation in the north and less in the south,” said Prof. Gao Jing from the Institute of Tibetan Plateau Research (ITP), Chinese Academy of Sciences (CAS).

The imbalance of the Asian Water Tower is likely to be manifested as an imbalance in water supply and demand in downstream communities, with the north having greater supply and the south greater demand.

According to Prof. Yoshihide Wada, one of the study’s co-authors and a researcher at International Institute for Applied Systems Analysis, Austria, the total water supply for the Asian Water Tower is projected to increase, but “a particularly strong increase” is expected for the northern part.

In contrast, the highest demand for water is projected to be in the southern Indus basin. Prof. Walter Immerzeel, study co-author and a researcher at Utrecht University, linked this demand to irrigation, which accounts for more than 90% of water use across the region. He noted that the densely populated Indus and Ganges Brahmaputra River basins “boast the world’s largest irrigated agricultural area.”

As a result of these trends, seasonal water availability will shift in the Indus and Amu Darya River basins and increase in the Yellow and Yangtze River basins. This north (endorheic)-south (exorheic) disparity is also expected to be amplified by climate warming in the future. “Actionable policies for sustainable water resource management are greatly needed in this region,” said Prof. Piao Shilong, co-author of the study and a researcher at Peking University and CAS.

Although these general trends are clear, scientists still need more information to help the public respond to the changes in the Asian Water Tower. “We need more accurate predictions of future water supply to assess mitigation and adaptation strategies for the region,” said co-author Prof. Lonnie Thompson of the Ohio State University and co-chair of Third Pole Environment.

Such predictions require comprehensive monitoring stations in data-scarce regions as well as advanced coupled atmosphere–cryosphere–hydrology models, noted Prof. Chen Deliang, co-author of the study, co-chair of Third Pole Environment, and a researcher at the University of Gothenburg.