Stalagmites as key witnesses of the monsoon 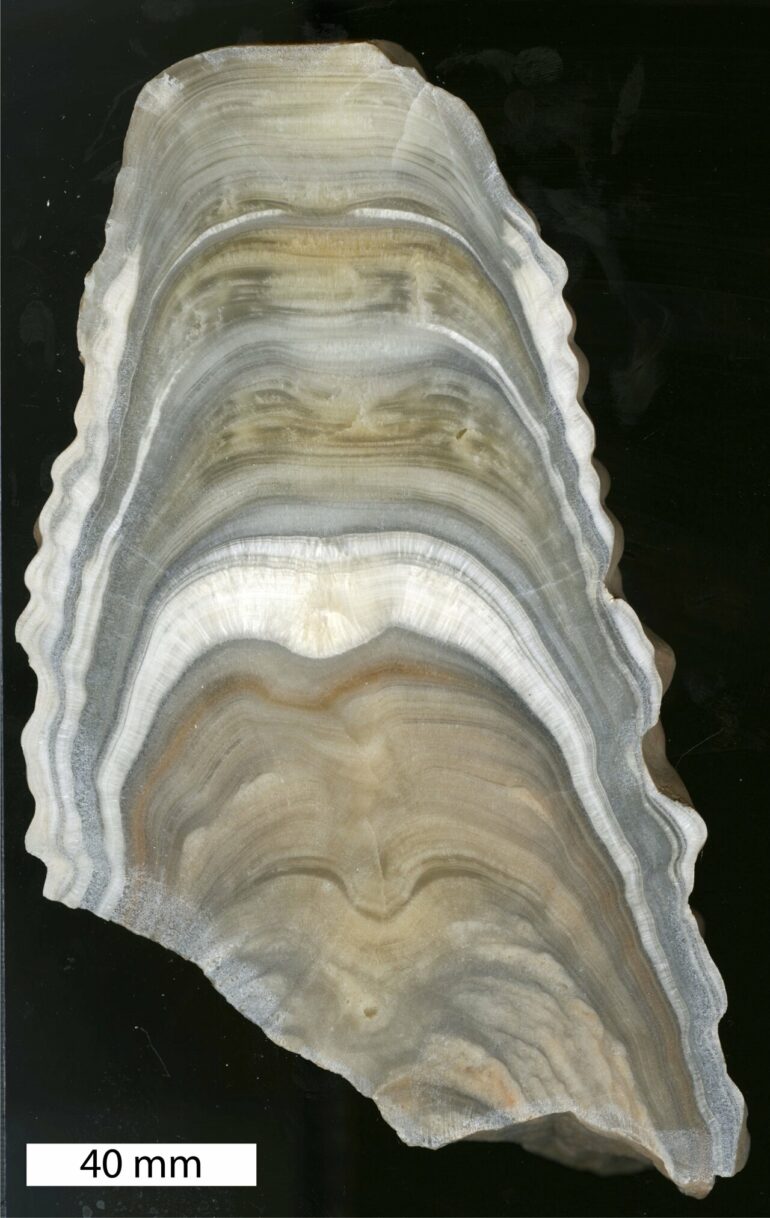 The ice sheets of Greenland are melting at an alarming rate. This causes large amounts of freshwater to flow into the North Atlantic, thereby slowing the Gulf Stream. Researchers fear that this will have noticeable effects on the climate worldwide. Densely populated tropical areas that depend on monsoon rains for their freshwater supply are particularly at risk. In order to make reliable predictions for future climate change, climate researchers are looking far back into the past. An international team led by Jasper Wassenburg of the Max Planck Institute for Chemistry has now reconstructed how the Indian summer monsoon responded to meltwater pulses into the North Atlantic at the end of the penultimate cold period. In this way, they are able to better understand the global consequences of ongoing anthropogenic climate change.

Around 130,000 years ago, Earth experienced the penultimate change from an ice age to a warm period. During this transition, Greenlandic meltwater had a massive impact on the Gulf Stream. “Two successive episodes of huge freshwater outflows into the North Atlantic first weakened the Gulf Stream and later even caused it to come to a halt completely. This in turn impacted the Indian Monsoon,” explains Mainz geoscientist Jasper Wassenburg. The time interval from 147,000 to 125,000 years ago was therefore ideal to study Monsoon climate response to a weakening of the gulf stream.

As witnesses to the past, the research group used stalagmites from Jiangjun cave in southwest China, a region sensitive to the Indian summer monsoon. “In continental climates, there is nothing better than stalagmites as a climate archive. That’s because they offer an incomparably high dating precision over many millennia,” emphasizes Hubert Vonhof, who played a key role in the study and heads the Inorganic Gas Isotope Geochemistry research group at the MPIC. The scientists obtained the stalagmite samples from their Chinese colleagues, and collaborators in this study, at Xi’an Jiaotong University, Chinese Academy of Sciences, CAGS.To analyze and interpret the records, the researchers used a combination of novel proxy data (i.e. indirect indicators of climate events) developed at the MPIC. Thanks to the new methods, the scientists were able for the first time to separately measure and reconstruct temperature variations and changes in the amount and duration of precipitation during the Indian summer monsoon in response to meltwater events.The temperature measurements of the paleothermometer—which was specially developed for this purpose—revealed a clear picture: The minor meltwater events 139,000 years ago that slowed the Gulf Stream merely shortened the Indian monsoon season in SW China.

Response of monsoon climate to meltwater during the penultimate cold period

More dramatic changes followed from a stronger meltwater pulse that occurred 133,000 years ago. Measurements of microscopic amounts of water trapped in the stalagmites show that the large amounts of meltwater that leaked into the Atlantic 133,000 years ago (and virtually stopped ocean circulation) drastically reduced the intensity of the Indian summer monsoon rains in southwest China. “The study deciphers in unprecedented detail how the monsoon climate responded to the meltwater pulses at that time. We have thus taken a major step forward to better understanding the global consequences of today’s human-induced climate change,” says Vonhof.

The research was published in Nature Geoscience.

Citation:
Stalagmites as key witnesses of the monsoon (2021, November 18)