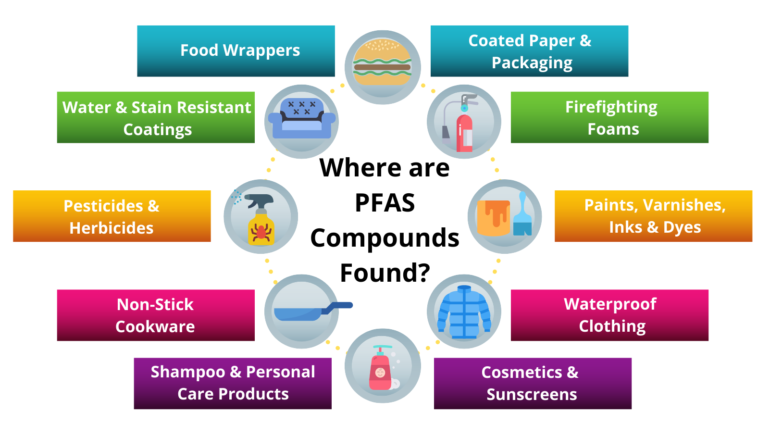 A large family of chemicals used for decades to improve our lives—from nonstick cooking pans to waterproof clothing—are now known as “forever chemicals” because they do not easily break down in the environment and pose potential health risks as they build up in our bodies. A new study may improve our understanding of how these chemicals move in the groundwater, according to a team of scientists.

“These chemicals, called PFAS (per-and polyfluoroalkyl substances), are extremely useful, so they have been used everywhere,” said Kalle Jahn, a researcher at the United States Geological Survey, who conducted this work as a doctoral candidate at Penn State. “Unfortunately, at the smallest molecular level, they just don’t break down further in the natural environment. If they get released, they just hang around and can bioaccumulate in fish and other animals and eventually in us.”

The scientists studied one such chemical, perfluorooctanesulfonic acid (PFOS), that made its way into groundwater near a former firefighter training center in Center County, Pennsylvania. PFOS is a common element in firefighting foams, and was used for decades at the fire training site. The chemical was not regulated at the time.

PFOS molecules are hydrophobic and will attach to organic carbon, and variations in the organic carbon in the bedrock aquifer may influence concentrations of the chemical in groundwater, the scientists reported in the journal Groundwater.

“Kalle’s work highlights an important consideration for modeling the groundwater transport of PFOS and similar compounds,” said Katherine Freeman, Evan Pugh University Professor of Geosciences and Jahn’s adviser at Penn State, who is a co-author on the paper.

Remediation at the site began in the 1990s and groundwater monitoring has occurred since 2000, including measuring for PFAS and PFOS since 2015.

Data collected between 2015 and 2018 showed a PFOS plume in the groundwater with two peaks in concentration—one near the training site and another farther away, with lower concentrations between the two hot spots, the scientists said.

“It’s interesting that the plume appeared to have two peaks,” Jahn said. “Our goal was to try to figure out what caused the splitting of that plume. It’s often a tough thing to answer definitively what’s happening in the subsurface. You can’t always get a perfect picture.”

Physical measurements from the site suggested changes in the water table or hydraulic conductivity, how fast water moves underground, were not responsible for the split.

However, samples of bedrock revealed wide variability in organic carbon content, the scientists said. PFOS molecules readily attach to organic carbon and other minerals, so higher concentrations of the pollutant may be present in areas with more organic carbon.

“What makes PFAS unique—what makes them useful—is their chemical structure, and that’s also what makes it hard to predict their movement in the environment,” Jahn said. “Pretty much all PFAS are hydrophobic—part of their molecular structure makes it so they don’t want to be in water, and they will attach to organic material because of that.”

The scientists said finding the variability of organic carbon or other mineral concentrations in bedrock at the site of PFAS spills or exposures may help responders better understand where pollution may accumulate and where further testing should occur.

Earth-sun distance dramatically alters seasons in the equatorial Pacific in a 22,000-year cycle

“We should really be trying to limit how much PFAS escapes into the environment, but once it’s there we need to be aware of the complexities that exist in trying to constrain our predictions of its movement with the limited information we can collect,” Jahn said. “This work may give people a starting point for thinking about contamination elsewhere.”