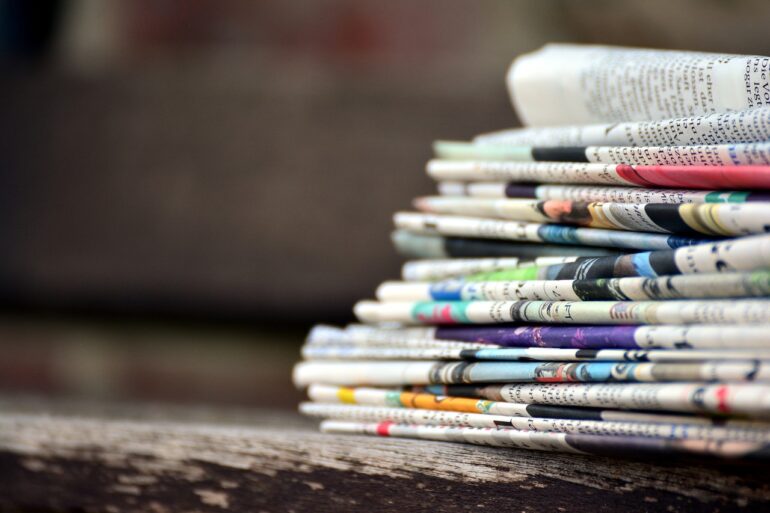 Forecasters are predicting a “three-peat La Niña” this year. This will be the third winter in a row that the Pacific Ocean has been in a La Niña cycle, something that’s happened only twice before in records going back to 1950.

New research led by the University of Washington offers a possible explanation. The study, recently published in Geophysical Research Letters, suggests that climate change is, in the short term, favoring La Niñas.

“The Pacific Ocean naturally cycles between El Niño and La Niña conditions, but our work suggests that climate change could currently be weighing the dice toward La Niña,” said lead author Robert Jnglin Wills, a UW research scientist in atmospheric sciences. “At some point, we expect anthropogenic or human-caused influences to reverse these trends and give El Niño the upper hand.”

Scientists hope to predict the direction of these longer-term El Niño-like or La Niña-like climate trends in order to protect human life and property.

“This is an important question over the next century for regions that are strongly influenced by El Niño, which includes western North America, South America, East and Southeast Asia and Australia,” Wills said.

El Niño and La Niña events have wide-ranging impacts, affecting patterns of rainfall, flooding and drought around the Pacific Rim. A La Niña winter tends to be cooler and wetter in the Pacific Northwest and hotter and drier in the U.S. Southwest. Other worldwide effects include drier conditions in East Africa, and rainier weather in Australia, Indonesia, Malaysia and the Philippines.

Knowing what to expect in the future helps communities prepare for potential weather in the coming season and in years to come.

Global warming is widely expected to favor El Niños. The reason is that the cold, deep water rising to the sea surface off South America will meet warmer air. Anyone who’s sweated knows that evaporation has a cooling effect, so the chillier ocean off South America, which has less evaporation, will warm faster than the warmer ocean off Asia. This decreases the temperature difference across the tropical Pacific and lightens the surface winds blowing toward Indonesia, the same as occurs during El Niño. Past climate records confirm that the climate was more El Niño-like during warmer periods.

But while Earth’s atmosphere has warmed in recent decades, the new study shows a surprising trend in the tropical ocean. The authors looked at temperatures at the surface of the ocean recorded by ship-based measurements and ocean buoys from 1979 to 2000. The Pacific Ocean off South America has actually cooled slightly, along with ocean regions farther south. Meanwhile, the western Pacific Ocean and nearby eastern Indian Ocean have warmed more than elsewhere. Neither phenomenon can be explained by the natural cycles simulated by climate models. This suggests that some process missing in current models could be responsible.

The upshot of these changes on either side of the tropical Pacific is that the temperature difference between the eastern and western Pacific has grown, surface winds blowing toward Indonesia have strengthened, and people are experiencing conditions typical of La Niña winters. The study focuses on temperature patterns at the ocean’s surface. Thirty years of data is too short to study the frequency of El Niño and La Niña events.

“The climate models are still getting reasonable answers for the average warming, but there’s something about the regional variation, the spatial pattern of warming in the tropical oceans, that is off,” Wills said.

The researchers aren’t sure why this pattern is happening. Their current work is exploring tropical climate processes and possible links to the ocean around Antarctica. Once they know what’s responsible, they may be able to predict when it will eventually switch to favor El Niños.

“If it turns out to be natural long-term cycles, maybe we can expect it to switch in the next five to 10 years, but if it is a long-term trend due to some processes that are not well represented in the climate models, then it would be longer. Some mechanisms have a switch that would happen over the next few decades, but others could be a century or longer,” Wills said.

The study was conducted before this year’s potential triple La Niña was announced. But Wills is cautious about declaring victory.

“These year-to-year changes are very unpredictable and it’s important not to get too hung up on any individual year—it doesn’t add a lot of statistical weight,” Wills said. “But I think it’s something that we should watch for in the next few years.”

Co-authors on the study are Kyle Armour and David Battisti at the UW; Yue Dong, a postdoctoral researcher at the Lamont-Doherty Earth Observatory who did the work as part of her UW doctoral research; and Cristian Proistosescu at the University of Illinois at Urbana-Champaign.