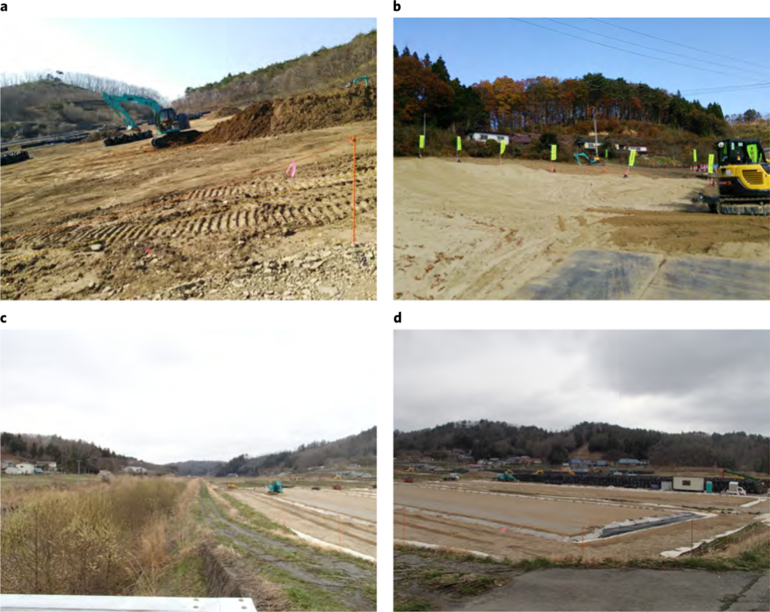 The effects of increased sediment load in rivers during the recovery phase after a nuclear accident are a key consideration in decontamination efforts. Researchers from Japan have discovered that with some planning, unsustainable effects from these efforts could be mitigated.

In a study published this month in Nature Sustainability, a research group led by the University of Tsukuba has revealed that although the initial effects of increased sediment load in rivers caused by the Fukushima decontamination efforts were unsustainable, several factors worked in the region’s favor to reduce these effects.

On 11 March 2011, the nuclear accident at the Fukushima Daiichi Nuclear Power Plant in Japan released a large amount of radiocesium into the landscape, resulting in long-term radioactive contamination of large nearby water catchments. Mechanical decontamination, used to recover contaminated regions such as Chernobyl, was conducted by the Japanese government at Fukushima in the year following the accident.

“Previously, the focus has mostly been directed at understanding on-site decontamination effects and issues caused by the resuspension of atmospheric particles,” says corresponding author of the study, Professor Yuichi Onda. “Not much was known about whether these disturbances have long-term, secondary effects on downstream catchments.”

To investigate these effects, the researchers conducted a comprehensive impact assessment. They found that the potential for regional erosion increased during the decontamination phase, but declined in the following revegetation stage. The suspended sediment level increased by just over 237% in 2016 compared with 2013. Modeling indicated that the slow increase in sediment from decontaminated areas resulted in a rapid decline in particulate radiocesium, but that there were no significant changes in radiocesium discharge downstream after decontamination.

However, because constant, high levels of turbidity (the measure of water cloudiness or haziness) in rivers affects water use by local residents and the structure of regional aquatic food chains, the unsustainable downstream effects caused by upstream decontamination are of major importance. Vegetation recovery following land development depends considerably on local conditions; both Fukushima’s high rainfall level and the soil used for decontamination enabled fast vegetation recovery, shortening the duration of such effects.

This study highlights the need for future remediation projects to include measures such as a pre-assessment of the natural restoration capacity of local landscapes and, where necessary, the addition of suitable revegetation steps in catchment regulatory frameworks, which would reduce the effects of long-term decontamination activities on downstream environments.