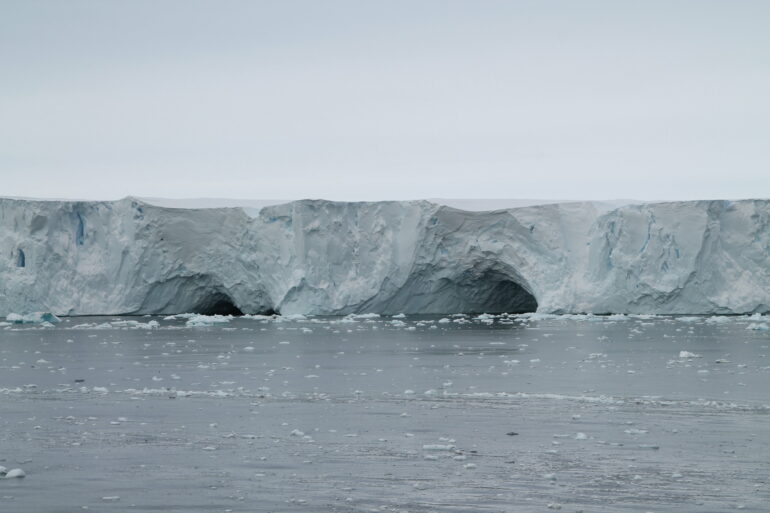 New research has shed light on a sudden cooling event 34 million years ago that contributed to formation of the Antarctic ice sheets.

High-resolution simulations of ocean circulations show that the tectonic opening of Southern Ocean seaways caused a fundamental reorganization of ocean currents, heat transport and initiated a strong Antarctic surface water cooling of up to 5°C.

The study, conducted by an international team of researchers from the University of Leicester, the Netherlands, Australia, Germany and Norway, is published in Nature Communications. The results shed new light on a 50-year-old question about how and why the Antarctic ice sheets formed.

Dr. Katharina Hochmuth, International Ocean Discovery Program (IODP) Research Associate at the University of Leicester, and co-author of the study, said, “In the last week and in the lead up to COP26, we have heard a lot about modeling projections on our planet’s future. In this paper, we show that it is crucial to include atmospheric CO2 conditions as well as appropriate geographies from the past to successfully model changing climates.

“A 600m change in the depth of an ocean gateway can cause a dramatic drop in coastal temperatures, and therefore, the fate of the Antarctic ice sheet.”

The last land bridges connecting Antarctica with its surrounding continents, Australia and South America, broke off about 34 million years ago. This tectonic event did not only leave the polar continent isolated by other land masses; it also led to a major reorganization of ocean currents in the Southern Ocean.

A circumpolar current started to flow, preventing subpolar gyres from transporting warm surface waters to the Antarctic coast. At the same time, ice sheets started to build on Antarctica and the Earth underwent one of its most fundamental climate change events, transitioning from warm Greenhouse to cold Icehouse conditions.

The role of the opening seaways in the formation of Antarctic ice sheets versus decreasing amounts of greenhouse gases in the atmosphere, has always been strongly debated by scientists.

The study was led by Dr. Isabel Sauermilch, researcher at the University of Tasmania and Utrecht University, and shows that these events were much more closely linked than previously thought.

Dr. Sauermilch added, “When we started this project, I was surprised to see how much high-resolution matters in an ocean model. These simulations are sensitive to minimal changes in the depth of these seaways of a few hundred meters and react very differently than their low-resolution counterparts.

“On top, they resolve ‘eddies,’ turbulent ocean currents that are smaller than 100 km and which are crucial for the accurate temperature distribution in the Southern Ocean.”

The authors’ high-resolution ocean simulations show that only a small deepening of the Southern Ocean seaways by a few hundred meters led to a dramatic cooling of the Antarctic surface waters. Together with declining atmospheric carbon dioxide (CO2) concentrations, this tectonic event played a crucial role in the first glaciation of Antarctica and in the Earth’s transition into an Icehouse world.

The results presented in this study demonstrate the importance of tectonically-driven processes in the changing oceanographic and climatic conditions of the Southern Ocean.

Understanding these ancient climate stages is crucial in order to validate climate models that predict future climate conditions and to understand how the climate might behave under higher atmospheric carbon dioxide (CO2) concentrations.