The physics of snow slab avalanches similar to that of earthquakes 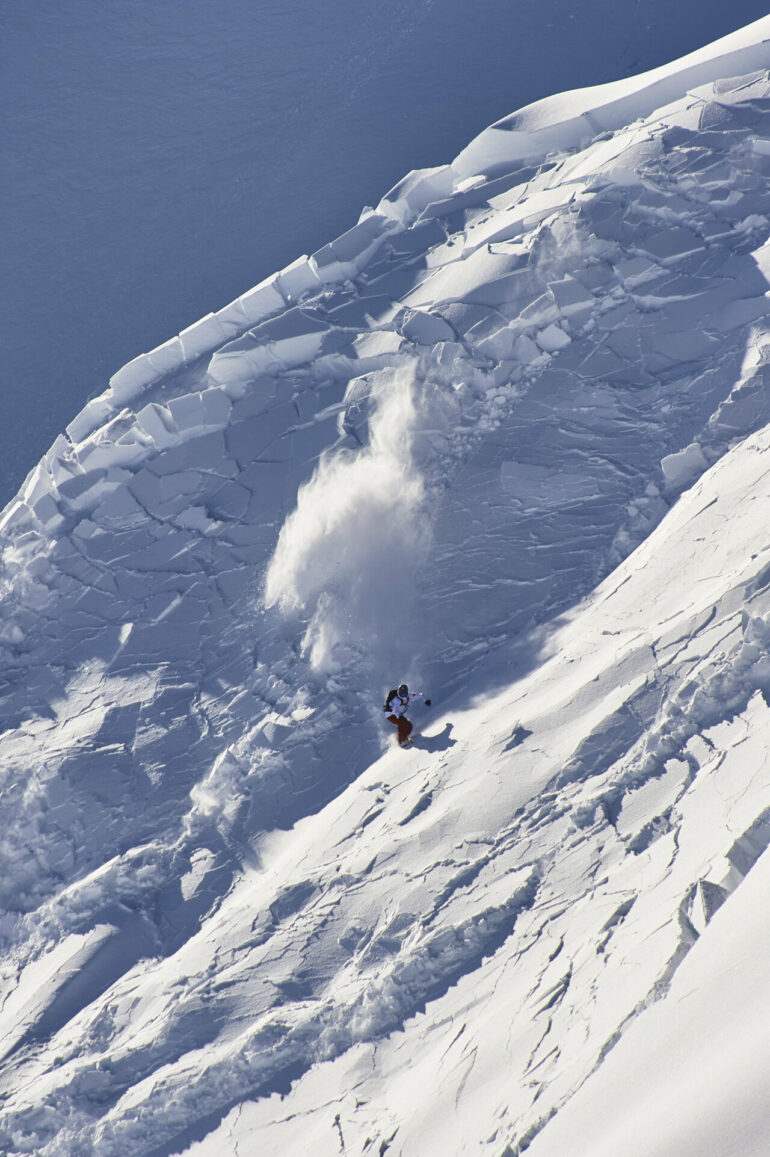 Scientists from EPFL and the WSL Institute for Snow and Avalanche Research SLF have gained deeper insight into how snow slab avalanches form, paving the way to more effective risk assessment measures for these catastrophic events that induce more avalanche accidents and fatalities every year than other types of avalanches.

The team of EPFL and SLF scientists made a discovery which represents a paradigm shift that could significantly influence their research niche. By expanding the scale for snow slab avalanche simulations from a meter to a hundred meters, they obtained a better understanding of the mechanisms underlying these events. Their discovery also illustrates the benefits that advances in computer processing power can bring to the methods used to observe complex physical phenomena. The team’s findings appear in Nature Physics.

Their work builds on a 2018 study by EPFL professor Johan Gaume and scientists at the University of California in Los Angeles. That initial study, published in Nature Communications, describes a 3D simulation method that the researchers developed to model snow slab avalanches with unrivaled precision. Today Gaume is the head of EPFL’s Snow and Avalanche Simulation Laboratory (SLAB), within EPFL’s School of Architecture, Civil and Environmental Engineering (ENAC), and is affiliated with the SLF Institute; he and his Ph.D. student Bertil Trottet took the study further by applying it at a larger scale—and made a surprising discovery. They found that the manner in which cracks propagate changes during the release process of the slab avalanche. For instance, they observed crack propagation speeds exceeding 100 meters per second, which is well beyond the speeds of around 30 meters per second typically measured in experiments. At first the two scientists thought they’d made a mistake.

Snow slab avalanches are characterized by a sharp and broad fracture line that occurs at the top of the released snow mass. Such an avalanche forms when a dense layer of snow (the slab) sits on top of a weak snow layer with little cohesion. When an avalanche is triggered, for instance by a skier, the weak layer collapses and the slab loses its underlying support structure. The subsequent slab bending is one of the main drivers of crack propagation. At least that was the mechanism suggested by experiments and numerical models until now, based on tested and simulated slabs measuring less than two meters long.

But by modeling slabs measuring around 100 meters, the EPFL and SLF scientists found that once crack propagation extends beyond around three to five meters, slab tension becomes the only driver of the release process, causing the weak layer to fail under shear. This phenomenon is similar to the so-called “supershear” rupture mechanism observed in the rare high-magnitude earthquakes that have been reported so far. “We felt we were on to something important, but we needed experimental data to confirm it,” says Gaume.

Then a series of coincidences gave Trottet and Gaume an opportunity to confirm their discovery. First, Gaume attended a conference presentation in which Ron Simenhois from the Colorado Avalanche Information Center described a high-tech video analysis method he’s working on. At around the same time, Mathieu Schaer—a former EPFL environmental engineering student who’s now a professional snowboarder and an engineer at MétéoSuisse—sent Gaume a video showing how he barely escaped a large snow slab avalanche.

“The avalanche occurred in Col du Cou in the Swiss Alps,” says Gaume. “We had snow data on the event, and Schaer’s video was of excellent quality because he was filming for a snowboarding movie. By analyzing the video and examining the various parameters, we were able to confirm the results of our model for the first time.” In total, four real-world avalanches allowed the scientists to confirm a transition from an “anticrack” propagation mode to the “supershear” mode reported during some large earthquakes. Based on these findings, the SLF Institute is now developing larger-scale experimental facilities in Davos in order to gain further insights into the release process of snow slab avalanches .

Sustainable groundwater use could be answer to Africa’s water issues

Their work will help snow researchers come up with new assumptions that can simplify computer models of avalanches and shorten the required computing time considerably—from several days to just a few minutes. The enhanced models could be used to determine the size of avalanches, for example, which is crucial information for effective risk prediction and management.


Citation:
The physics of snow slab avalanches similar to that of earthquakes (2022, July 26)