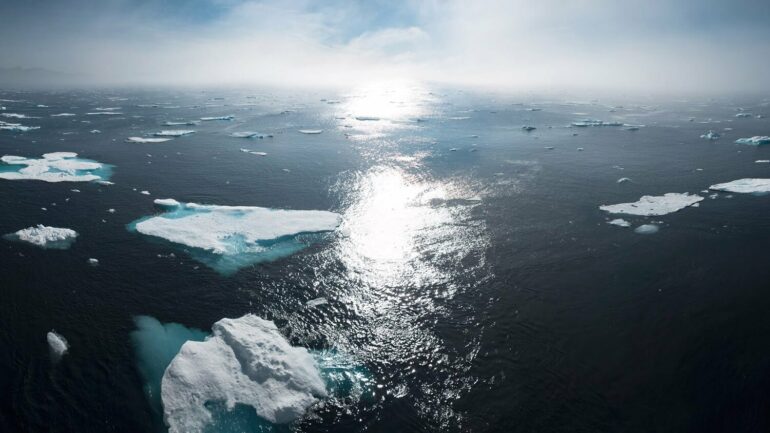 “Broadly speaking, this is a simple energy balance model that allows you to analyze various emission reduction and carbon capture strategies and their effect on climate over time,” says Mohammad Farazmand, assistant professor of mathematics at North Carolina State University and corresponding author of the work. “Fully resolved climate models are too complex to do this sort of analytic work on.”

To that end, the researchers used the mean surface temperature and CO2 concentration for Earth as a whole when creating the model, rather than attempting to account for variations in temperature and humidity across the globe.

The model, a system of stochastic delay differential equations, takes into account carbon emission and capture rates. It has two main components. First, it compares CO2 sources and CO2 sinks, either naturally occurring or manmade, to indicate the rate at which CO2 is being pumped into the atmosphere. Second, it accounts for solar radiation entering the atmosphere which is either trapped there or reflected back. Once these data were put into the model, the researchers were able to look at what happens as CO2 emission rates fall over different timescales.

“Our model shows that, even when the emission rates are reduced, the CO2 concentration exhibits a transient growth which may still instigate a climate tipping point,” Farazmand says.

Transient growth is a result of delayed feedback. If CO2 is being pumped into the system, there will still be a delay between decreases in the amount entering the system and a decrease in overall CO2 levels. In fact, the delay can create a feedback loop that will increase the CO2 concentration for a short period, which could still push a system over a climate tipping point and into catastrophe.

“Think of transient growth like overcoming inertia,” Farazmand says. “It’s like trying to slow down an enormous train—you can’t stop it all at once, there will be a delay between applying the brakes and the train coming to a halt. And in talking about CO2 levels, this could have catastrophic consequences.”

The model analyzed what would happen if CO2 emissions decreased five, 10, 15, and 20 years out, and found that after the 10-year mark, transient growth would still push the climate into a tipping point, resulting in a temperature increase of 6 degrees C within 50 years.

“The model used 478 ppm of CO2 as the tipping point,” Farazmand says. “This value is contested, but the numerical value isn’t as important as the phenomenon of the transient growth and feedback loop.”

The researchers hope that their model will be useful in understanding CO2 concentrations more broadly.

“It is important to understand that yes, at a certain level you will have catastrophic change, but even if you start working on it now you will still have increases,” Farazmand says. “While this model is simpler than existing climate models, we hope it can be used as a starting point for or applied to existing models to get a better picture of what is happening with CO2 concentrations.”

The work appears in Proceedings of the Royal Society A.