US forests provide 83 million people with half their water 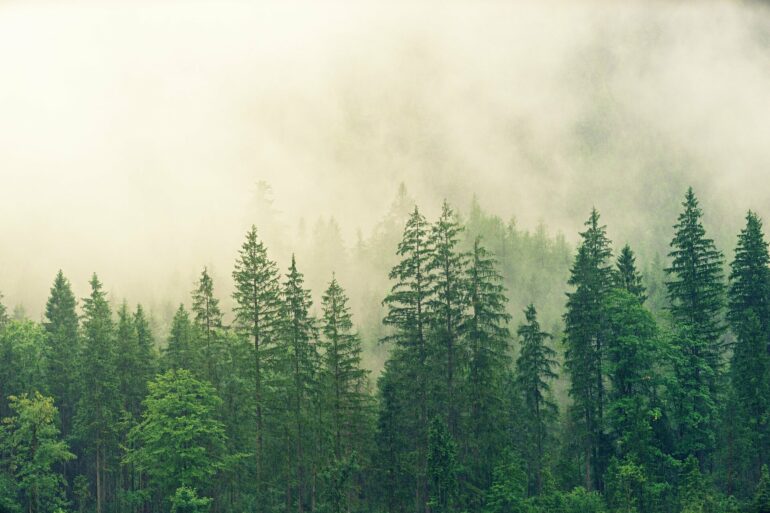 “Healthy forests typically mean clean water, and people depend on forests for their surface drinking water supplies,” said Peter Caldwell, a hydrologist at the U.S Forest Service and co-author of the new study. “Until we completed this work, we just did not know how many people obtain their water from forested lands or how much water from forests they receive.”

The new study, published today in the AGU journal Water Resources Research, provides a critical update to the map of where our surface water comes from. This information could help forest managers and water utilities identify hydrologically important forests so they can be prioritized for forest management or conservation.

The study developed a new database of inter-basin water transfers, which move surface water around from where it’s plentiful to where it’s not. Think of the winding open-air canals like the California Aqueduct and Central Arizona Project supplying Los Angeles and Phoenix with drinking water. The study focused on surface waters such as lakes, rivers and streams because tracing the source of groundwater is very difficult at the national scale.

The researchers found 69% of the water transported to Los Angeles through inter-basin transfers, and 82% of Phoenix’s imported water, originated on forested lands. Across the U.S. every year, from 2001 to 2015, 594 transfers moved 117 billion cubic meters of water per year, about five times as much water as reported in the 1980s. The increase reflects a combination of higher data quality, many fine scale transfers, and true increases in water transfers due to the growing water demand over the past several decades.

“I was surprised by the significant role inter-basin transfers play in providing water from forests to large population centers,” said Ning Liu, also a U.S. Forest Service hydrologist and lead author of the new study. “This updated inter-basin transfer dataset provided us with the opportunity to get the full picture of the contribution of forests to water supply.”

The results of this study could inform forest management decisions in water supply watersheds, but it depends on who owns and manages the forests. While two-thirds of forests in the West are National Forests managed by the U.S. Forest Service, just 8% are in the east, with the remainder largely in private ownership. In the east, 49% of forests are family owned and nearly 75% of those are less than 20 acres. This patchwork of ownership poses difficulties in managing regional water resources in the long-term, said Caldwell.

“If privately owned forests are divided into smaller and smaller pieces, it gets harder and harder for landowners to generate income from those forest lands,” said Caldwell. When the costs to own forest land exceed income earned from them, landowners may be forced to sell their land, which could then be developed, decreasing water quality.

“A potential solution could be to provide forest landowners with economic returns for the water-related ecosystem services their forests provide for downstream water supplies,” said Caldwell.

There are somewhat different challenges in the western U.S., where loss of privately owned forest to development is less of a threat than the increasingly prevalent wildfires. Wildfires pose risk to water supplies downstream and those cities connected through inter-basin transfers, such as Las Vegas and cities throughout California. This work could be used to help prioritize forest management activities such as thinning and fuel reduction in critical water supply watersheds.