Want to be sustainable and cool? Choose fans more and aircon less 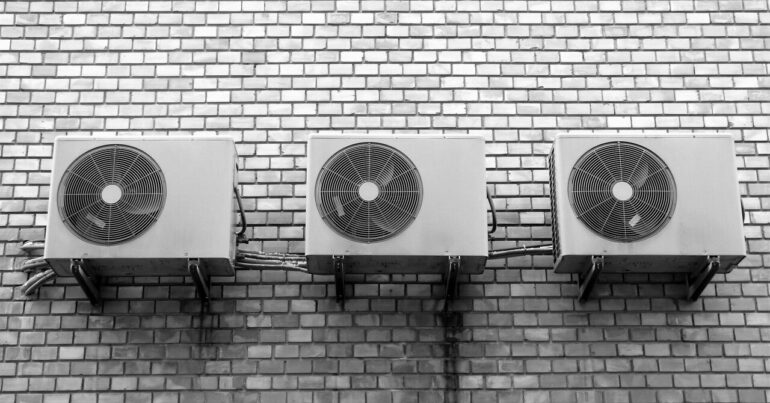 We often turn to air conditioners during hot weather to cope with the heat, but a study has found electric fans are an effective and sustainable choice to circulate air indoors, without sacrificing comfort.

By using indoor fans, the indoor temperature threshold before it becomes uncomfortable for humans (and the main reason why we reach for the air conditioner remote during hot weather) can increase by 3 to 4 ˚C more than air conditioners use alone.

Researchers also conducted a cost-benefit analysis on the environmental impact and found the total benefit of using fans to reduce air conditioner use (from a greenhouse emissions perspective) surpassed even the switch from incandescent light bulbs to LEDs.

Modeling led by the University of Sydney, found that just by slightly increasing indoor air movement by fans can reduce electricity consumption and the associated yearly cost of cooling indoor spaces with air conditioners in Australia by approximately 70 percent.

The findings published in The Lancet Planetary Health was conducted by an international team of experts from the University of Sydney alongside Monash University, University of Newcastle and Radboud University Medical Center, based in the Netherlands.

The work showcases how making the switch to widespread indoor fan use can potentially reduce energy demand and greenhouse gas emissions.

“Through their sole purpose of lowering air temperatures, air conditioners feed a cycle of high electricity consumption—often delivered by fossil fuel power stations that in turn contribute to further increases in emissions,” said co-senior author Professor Ollie Jay, Director of the Heat and Health Research Incubator in the Faculty of Medicine and Health.

“The latest ‘IPCC Sixth Assessment Report on Mitigation of Climate Change’ emphasizes the need for adoption of low-emission lifestyles, including cooling choices for thermal comfort,” said lead author Dr. Arunima Malik, Senior Lecturer in Sustainability at the School of Physics and Business School.

“Our study confirms that low-cost solutions such as fans have the potential to contribute emission reductions for meeting the goals of the Paris Agreement.”

Optimal conditions for sustainability and comfort

The researchers compared the energy use and associated greenhouse gas emissions by modeling five scenarios with different combinations of fan and air conditioner use. This included situations with fans operating at different speed settings.

After logging data on the impact of the fans on human comfort levels before they begin to feel discomfort, the number of hours above the thermal comfort limit were calculated to determine air conditioner usage, and associated energy use and greenhouse gas emissions.

“To carry out this calculation we needed to process hourly temperature data for an entire year, for the entire continent on a 150,000-cell raster grid. We were able to do this using supercomputers,” said co-senior author Professor Manfred Lenzen of the School of Physics.

They found that operating fans with air speeds of 1·2 m/s with occasional air conditioner use, compared with air conditioners alone, resulted in a 76 percent reduction in energy use (from 5592 GWh to 1344 GWh) and associated greenhouse gas emissions (5091 kilotonnes to 1208 kilotonnes).

“We know that curbing greenhouse gas emissions is the only way we will limit future global warming,” says Professor Jay.

“By increasing indoor air movement with fans, you can feel the same at a higher temperature as you will do at a lower temperature using an air conditioning unit. This is a really easy thing that most people can do now to help reduce the prodigious emissions associated with cooling homes and indoor spaces in Australia.”