What does climate change mean for extreme waves? In 80% of the world, we don’t really know 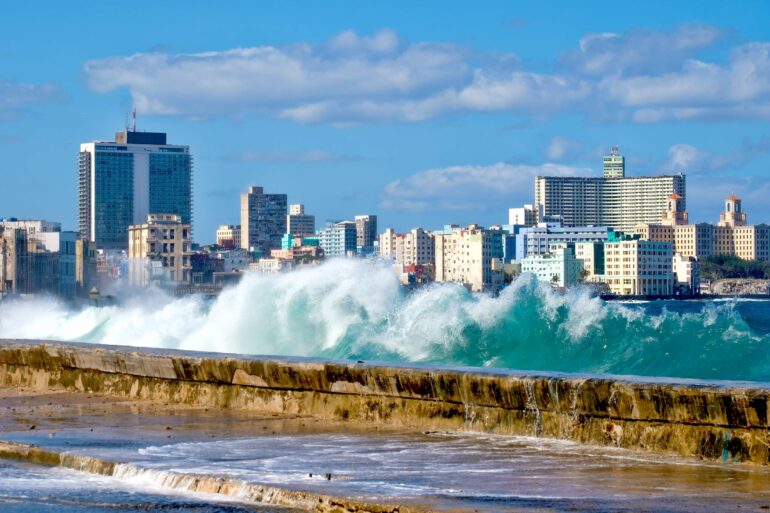 Across much of the world’s oceans, waves are getting bigger. In the Southern Ocean, where storm-driven swell can propagate halfway across the world to California, the average wave has grown about 20cm in the past 30 years.

These changes are part of climate change, and are likely to continue well into the future. If you’re making long-term plans near the sea—like building ships, or constructing flood defenses in coastal cities—you need more detail about how big those waves are going to get.

In a study published today in Science Advances, we looked at the projected changes in the size of the very biggest waves around the globe. We found the uncertainties in the projections could be larger than the projected future changes themselves in about 80% of the world’s oceans and coastlines.

My group and I study the world’s “wave climate”: the size and distribution of ocean waves in different places, and how that has changed in the past and will change in the future.

We’re interested in the heights of average waves, but also the extreme conditions. As with floods or heatwaves, extreme waves are the ones that cause problems—so they’re often the ones we need to know about when we’re building near the sea.

From floating buoys and satellite radar, we have records of wave heights extending back 30 to 40 years. These data don’t cover the whole world, but we feed them into computer models that fill in the gaps.

Waves are created by the wind, so our models of waves are also tied to what we know about wind conditions. Taken all together, we have about 40 years of model data giving wave conditions for the whole world’s oceans (broken up into “pixels” about 25 kilometers across).

We also use a branch of statistics called extreme value analysis to calculate things like the biggest wave you can expect at a given location once in 100 years (the 100-year event).

Why waves are changing

As the climate changes, we expect that global wind patterns will change—so the world’s waves will change as well.

One change we are already seeing is that many low-pressure systems, which create high winds, are becoming more intense and moving away from the equator and towards the poles.

Indeed, we have observed that average wave heights in the Southern Ocean have increased by around 20cm over the past 30 years.

In the northern hemisphere, there is more land closer to the pole. So the high winds are now more often happening over land, and ocean waves are actually losing some height.

So what does all this mean for the future? In our new study, we tried to figure that out.

To get an idea of the future of waves, we start with wind projections from major climate models that are used to project future temperatures as carbon dioxide levels in the atmosphere increase. We then feed these winds into our wave models, and see what they predict.

There are many wind and wave models, all with slight differences in their assumptions and the way they model the physics, so they all produce somewhat different projections. We combined the results from an ensemble of a dozen models to get a clearer picture of the differences.

On average, we found extreme wave heights in many places are likely to grow by between 5% and 8% by 2100.

Another source is the uncertainty in the models themselves. We found that in many cases the difference in estimates between different models was about the same size as the projected changes in wave height.

A note of caution

These uncertainties may not seem huge—perhaps 30–40cm by 2100—but they’re big enough to determine whether or not a particular coastal property ends up underwater.

So for anyone making plans near the sea—like engineers designing coastal structures, governments building flood defenses, or local councils making development decisions—the message is that you should err on the side of caution in your decision-making.

For the rest of us, it’s a reminder that climate change doesn’t just mean rising temperatures: it means a transformation of the whole global climate system, in ways we still don’t fully understand.