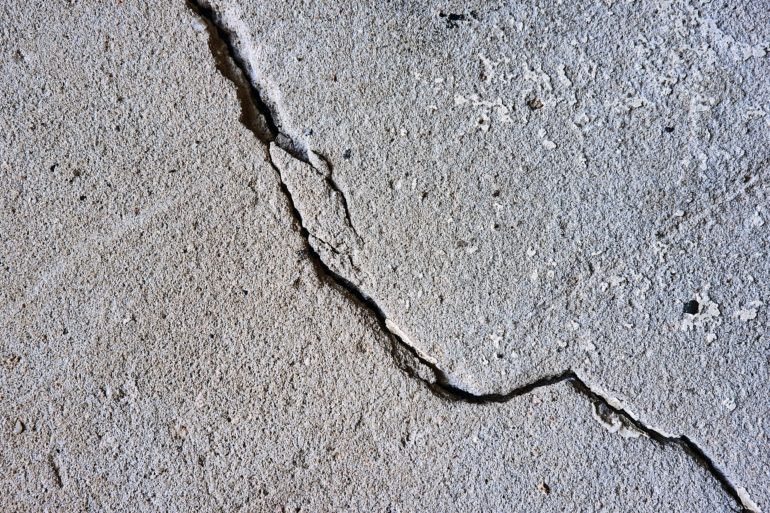 These mysterious earthquakes originate between 400 and 700 kilometers below the surface of the Earth and have been recorded with magnitudes up to 8.3 on the Richter scale.

Xanthippi Markenscoff, a distinguished professor in the Department of Mechanical and Aerospace Engineering at the UC San Diego Jacobs School of Engineering, is the person who solved this mystery. Her paper “Volume collapse instabilities in deep earthquakes: a shear source nucleated and driven by pressure” appears in the Journal of the Mechanics and Physics of Solids.

The term deep-focus earthquake refers to the fact that this type of earthquake originates deep within the Earth’s mantle where pressure forces are very high. Since deep-focus earthquakes were first identified in 1929, researchers had been trying to understand what processes cause them. Researchers thought that the high pressures would produce an implosion which would intuitively produce pressure waves. However, they had not been able to connect the dots between the high pressure and the specific kind of seismic waves—called shear (or distortional) seismic waves—produced by deep-focus earthquakes. (You can feel distortional energy if you hold your forearm and then twist it.)

In her new paper, Markenscoff completes her explanation of this mystery that occurs under ultra-high pressures. She unraveled the mystery in a string of papers beginning in 2019. In addition, her solution gives insight into many other phenomena such as planetary impacts and planetary formation that share similar geophysical processes.

“This is a perfect example of how deep mathematical modeling rigorously rooted in mechanics and physics can help us solve mysteries in nature. Professor Markenscoff’s work can have profound impact not only on how we understand deep-focus earthquakes, but also on how we might controllably use dynamic phase transformations in engineering materials to our benefit,” said Huajian Gao, a Distinguished University Professor in Singapore’s Nanyang Technological University and the Editor of the Journal of the Mechanics and Physics of Solids where Markenscoff’s paper appears.

From transforming rock to earthquake

It has been well recognized that the high pressures that exist between 400 and 700 kilometers below the surface of the earth can cause olivine rock to undergo a phase transformation into a denser type of rock called spinel. This is analogous to how coal can transform into diamond, which also happens deep in Earth’s mantle.

Going from olivine to denser spinel leads to reductions in volume of rock as atoms move closer to each other under great pressure. This can be called “volume collapse.” This volume collapse and the associated “transformational faulting” has been considered the predominant cause for deep-focus earthquakes. However, until now, there was no model based on volume collapse that predicted the shear (distortional) seismic waves that actually arrive at the earth’s surface during deep-focus earthquakes. For this reason other models were also considered, and the state of affairs remained stagnant.

For the expanding regions of this phase transformation from olivine to spinel to grow large, these transforming regions with large densification will assume a flattened “pancake-like” shape that minimizes the energy required for the densified region to propagate in the untransformed medium as it grows large. This is a symmetry breaking mode which can occur under the very high pressures that exist where deep-focus earthquakes originate, and it is this symmetry breaking that creates the shear deformation responsible for the shear waves that reach Earth’s surface. Previously, researchers assumed symmetry-preserving spherical expansion, which would not result in the shear seismic waves. They did not know that symmetry would be allowed to be broken.

“Breaking the spherical symmetry of the shape of the transforming rock minimizes the energy required for the propagating region of phase transformation to grow large,” said Markenscoff. “You do not spend energy to move the surface of a large sphere, but only the perimeter.”

In addition, Markenscoff explained that inside the expanding region of phase transformation of rock, there is no particle motion and no kinetic energy (it is a “lacuna”), and, thus, the energy that radiates out is maximized. This explains why the seismic waves can get to the surface, rather than much of the energy dissipating in the interior of the Earth.

Markenscoff’s analytical model for the deformation fields of the expanding seismic source is based on the dynamic generalization of the seminal Eshelby (1957) inclusion which satisfies the lacuna theorem (Atiya et al, 1970). The energetics of the expanding region of phase transformation are governed by Noether’s (1918) theorem of theoretical physics through which she obtained the instabilities that create a growing and fast moving avalanche of collapsing volume under pressure. This is the second discovered instability (regarding growth): once an arbitrarily small densified flattened region has been triggered, under a critical pressure it will continue to grow without needing further energy. (It just keeps collapsing “like a house of cards”.) Thus, the mystery is resolved: although it is a shear source, what drives deep-focus earthquake propagation is the pressure acting on the change in volume.

When asked to reflect on her discovery that deep-focus earthquakes could be described with the theorems that are the bedrock of mathematical physics, she said, “I feel like I have bonded to nature. I have discovered the beauty of how nature works. It’s the first time in my life. Before it was putting a little step on someone else’s steps. I felt this immense joy.”

The deep-focus earthquakes are only one of the phenomena in which these instabilities manifest themselves. They also occur in other phenomena of dynamic phase transformations under high pressures, such as planetary impacts and amorphization. Today, there are new experimental facilities such as the National Ignition Facility (NIF) managed by Lawrence Liver National Laboratory in which researchers are able to study materials under extremely high pressures that were impossible to test before.

The new work from Markenscoff provides an important demonstration and reminder that gaining deeper understanding of the mysteries of nature often requires the insights that can be gained by harnessing the fundamentals of mathematical physics together with experimental research done in extreme conditions.

In fact, Markenscoff co-organized two National Science Foundation (NSF) funded workshops at UC San Diego in 2016 and 2019 which brought together geophysicists and seismologists with mechanicians to ensure that these research communities remain aware of the methodologies and techniques developed in mechanics.

“Our education systems should continue to invest in the teaching of the fundamentals of science as the pillars for the advancement of knowledge, which can be achieved by interdisciplinary convergence of theory, experiments and data science,” said Markenscoff.

She also noted the importance of the research support she has received over the years from the US National Science Foundation (NSF).

“Knowing that my NSF program manager believed that it was possible to solve this ‘mystery’ and funded me, bolstered both my confidence and my determination to persevere”, said Markenscoff. “I point this out as a reminder for all of us. It’s also critical that we give thoughtful and considered encouragement to our students and colleagues. Knowing that people whom you respect believe in you and your work can be very powerful.”