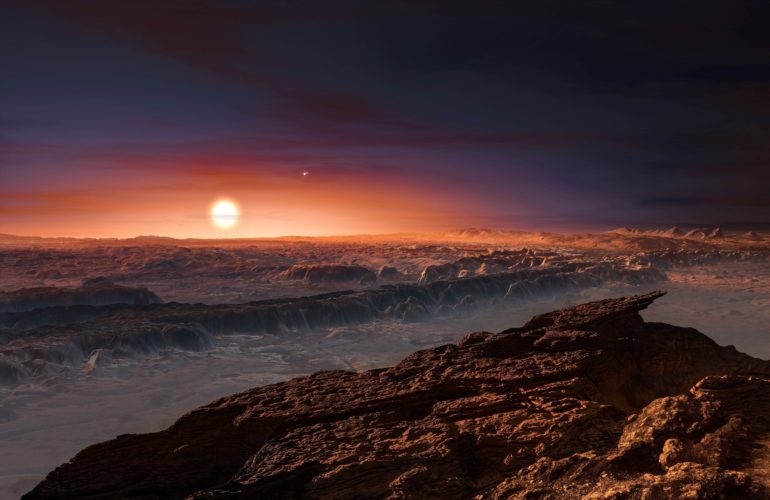 The existence of a planet the size of Earth around the closest star to the Sun, Proxima Centauri, has been confirmed by an international team of scientists including researchers from the University of Geneva (UNIGE). The results, published in Astronomy & Astrophysics, reveal that the planet in question, Proxima b, has a mass of 1.17 Earth masses and is located in the habitable zone of its star, which it orbits in 11.2 days.

This breakthrough was possible thanks to radial velocity measurements of unprecedented precision using ESPRESSO, the Swiss-manufactured spectrograph, the most accurate currently in operation, which is installed on the Very Large Telescope in Chile. Proxima b was first detected four years ago by means of an older spectrograph, HARPS, also developed by the Geneva-based team, which measured a low disturbance in the star’s speed, suggesting the presence of a companion.

The ESPRESSO spectrograph has performed radial velocity measurements on the star Proxima Centauri, which is only 4.2 light-years from the sun, with an accuracy of 30 centimetres a second (cm/s), about three times more precision than that obtained with HARPS, the same type of instrument but from the previous generation.

“We were already very happy with the performance of HARPS, which has been responsible for discovering hundreds of exoplanets over the last 17 years,” says Francesco Pepe, a professor in the Astronomy Department in UNIGE’s Faculty of Science and the leader of ESPRESSO. “We’re really pleased that ESPRESSO can produce even better measurements, and…