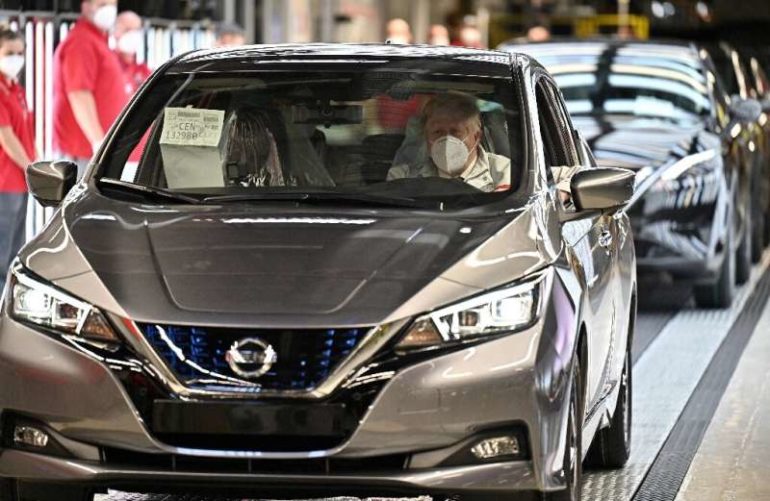 As electric car sales take off and petrol engines face being phased out by 2035, Europe is looking to develop its own battery production base.

Far from being autonomous, Europe needs to accelerate domestic battery output as a national security issue as well as a boost for businesses and jobs.

Batteries that power electric cars and which weigh up to 600 kilograms (1,300 pounds), represent a considerable part of the vehicle’s value.

At the moment, they are mostly produced in Asia, with China, South Korea and Japan the leading manufacturers.

With a mid-July announcement that it intends to ban the sale of new petrol and diesel vehicles by 2035, the European Commission has set a timetable for the bloc’s shift to electric cars.

Many carmakers, having sensed which way the wind is blowing with governments, have now announced plans to shift towards electric vehicles.

Germany’s Daimler was the latest, announcing last week that from 2025 it will launch only electric vehicle platforms as it gears up for a full shift to electric cars from 2030.

It is not only governments pushing the change, as the latest European data shows that electric cars doubled their market share in the second quarter of 2021.

If Europe is going to shift to electric cars, it will need lots of batteries.

After years of slow progress, there are now plans to invest 40 billion euros ($47 billion) in 38 European factories that could turn out 1,000 gigawatt hours of batteries per year, according to Transport & Environment, a non-governmental organisation.

With average battery capacity of 60 kilowatt hours, that would be enough to power 16.7 million vehicles, according to the group.

One initiative is Sweden’s Northvolt, which already has a factory under construction that is to produce batteries with total capacity of 150 gigawatt hours by 2030.

Volkswagen is a major partner, and the German carmaker is seeking to build five other factories as well.

Daimler, as part of its announcement this past week, said it would build eight battery factories worldwide for its Mercedes-Benz and Smart cars.

Stellantis, which includes 12 brands including Fiat, Chrysler, Jeep and Peugeot, plans to build five factories in Europe and North America.

Tesla expects to open its first European “gigafactory” near Berlin later this year, which it claims will be the world’s largest battery cell production site with 250 gigawatt hours of capacity in 2030.

That view is not shared by Olivier Montique, an automotive analyst at Fitch Solutions.

He said the planned facilities “will make the bloc a significant player in the space, but will not enable it to meet anywhere close to all of its internal demand for EV batteries.”

Montique said that is why automakers are still working with Asian battery makers.

China’s Envision AESC is partnering with Nissan and Renault to build factories in Britain and France.

South Korean firms LG Chem and SKI have plants in Poland and Hungary, while China’s CATL is building one in Germany.

Raw materials are essential of course to manufacture batteries.

Unless there is a rapid breakthrough in solid-state batteries that could use other materials, huge amounts of lithium will be needed.

Europe has domestic sources of lithium, notably in the Czech Republic and Germany, but it will also probably have to depend on imports.

Montique said Europe would likely end up “developing supply agreements with markets where there are abundant resources, favourable diplomatic ties, and strong investment frameworks” to reduce the threat of shortages.