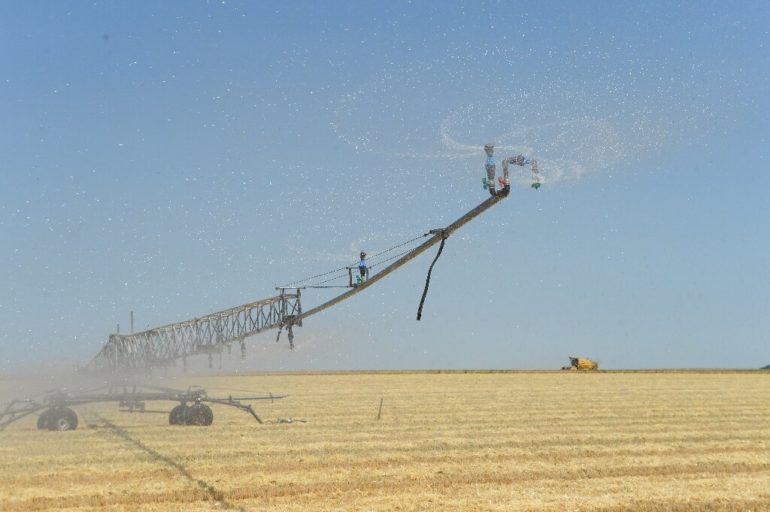 The severity of crop losses driven by heat waves and drought have tripled in the last fifty years in Europe, according to a study that highlights the vulnerability of food systems to climate change.

While all four became significantly more frequent over the 50-year time period, “the severity of heatwave and drought impacts on crop production roughly tripled”, from losses of 2.2 percent between 1964 and 1990 to 7.3 percent from 1991 to 2015.

The study found that droughts in particular, which are becoming more frequent, are also becoming more and more intense: “the most severe events become disproportionately more severe”.

Overall, European crop yields still increased in the period, by almost 150 percent between 1964-1990 and 1991-2015, said lead author Teresa Bras, from the Nova School of Science and Technology in Lisbon.

But losses connected to extreme weather were different depending on the crop.

“Cereals, a staple that occupies nearly 65 percent of the EU’s cultivated area and is mainly used for animal feed, is the crop most severely affected,” said Bras.

These showed “consistently larger losses” linked to droughts and heat spells than other crops, the report said, intensifying by more than 3 percent for every drought year.

Researchers said this could be explained by the more widespread irrigation of other crops like vegetables, grape vines and fruit.

Climate change is expected to multiply weather extremes, including heat waves and droughts and the study warned of “ripple effects” from impacts on Europe across the global food system and on food prices.

The study said the punishing heat wave and drought of 2018 in Europe caused a decrease in grain production of 8 percent compared to the average of the previous five years, “which caused fodder shortages for livestock and triggered sharp commodity price increases”.

Since the 2015 Paris climate deal, the world has experienced its five hottest years on record.

The UN’s Food and Agriculture Organization has warned that food production is “extremely sensitive” to climate change.

Earlier this month a study published in the journal Nature Geoscience found that recent summer droughts in Europe were the most severe the region has seen in 2,110 years and noted a sudden intensification since 2015.

In 2019, a report in Nature Climate Change warned that changes in the jet stream sharply increased the risk of heatwaves in regions responsible for up to a quarter of global food production—Western North America, Western Europe, Western Russia and Ukraine.