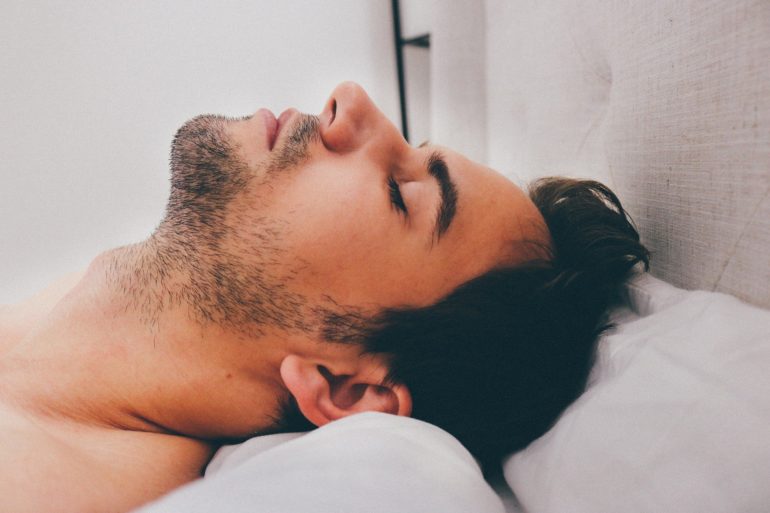 Subjectively, getting more sleep seems to provide big benefits: Many people find it gives them increased energy, emotional control, and an improved sense of well-being. But a new study co-authored by MIT economists complicates this picture, suggesting that more sleep, by itself, isn’t necessarily sufficient to bring about those kinds of appealing improvements.

The study is based on a distinctive field experiment of low-income workers in Chennai, India, where the researchers studied residents at home during their normal everyday routines—and managed to increase participants’ sleep by about half an hour per night, a very substantial gain. And yet, sleeping more at night did not improve people’s work productivity, earnings, financial choices, sense of well-being, or even their blood pressure. The only thing it did, apparently, was to lower the number of hours they worked.

“To our surprise, these night-sleep interventions had no positive effects whatsoever on any of the outcomes we measured,” says Frank Schilbach, an MIT economist and co-author of a new paper detailing the study’s findings.

There is more to the matter: For one thing, the researchers found, short daytime naps do help productivity and well-being. For another thing, participants tended to sleep at night in difficult circumstances, with many interruptions. The findings leave open the possibility that helping people sleep more soundly, rather than just adding to their total amount of low-grade sleep, could be useful.

“People’s sleep quality is so low in these circumstances in Chennai that adding sleep of poor quality may not have the benefits that another half hour of sleep would have if it’s of higher quality,” Schilbach suggests.

The paper, “The Economic Consequences of Increasing Sleep Among the Urban Poor,” is published in the August issue of The Quarterly Journal of Economics. The authors of the paper are Pedro Bessone Ph.D. ’21, a recent graduate from MIT’s Department of Economics; Gautam Rao, an associate professor of economics at Harvard University; Schilbach, who is the Gary Loveman Career Development Associate Professor of Economics at MIT; Heather Schofield, an assistant professor in the Perelman School of Medicine and the Wharton School at the University of Pennsylvania; and Mattie Toma, a Ph.D. candidate in economics at Harvard University.

Schilbach, a development economist, says the genesis of the study came from other research he and his colleagues have done in settings such as Chennai—during which they have observed that low-income people tend to have difficult sleeping circumstances in addition to their other daily challenges.

“In Chennai, you can see people sleeping on their rickshaws,” says Schilbach, who is also a faculty affiliate at MIT’s Abdul Latif Jameel Poverty Action Lab (J-PAL). “Often, there are four or five people sleeping in the same room where it’s loud and noisy, you see people sleep in between road segments next to a highway. It’s incredibly hot even at night, and there are lots of mosquitos. Essentially, in Chennai, you can find any potential irritant or adverse sleep factor.”

To conduct the study, the researchers equipped Chennai residents with actigraphs, wristwatch-like devices that infer sleep states from body movements, which allowed the team to study people in their homes. Many other sleep studies observe people in lab environments.

The study examined 452 people over a month. Some people were given encouragement and tips for better sleep; others received financial incentives to sleep more. Some members of both those groups also took daytime naps, to see what effect that had.

The participants in the study were also given data-entry jobs with flexible hours while the experiment was taking place, so the researchers could monitor the effects of sleep on worker output and earnings in a granular way.

“A key thing that stands out is that people’s sleep efficiency is low, that is, their sleep is heavily fragmented,” Schilbach says. “They have extremely few periods experiencing what’s thought to be the restorative benefits of deep sleep. … People’s sleep quantity went up due to the interventions, because they spent more time in bed, but their sleep quality was unchanged.”

That could be why, across a wide range of metrics, people in the study experienced no positive changes after sleeping more. Indeed, as Schilbach notes, “We find one negative effect, which is on hours worked. If you spend more time in bed, then you have less time for other things in your life.”

On the other hand, study participants who were allowed to nap while on the data-entry job did fare better in several measured categories.

“In contrast to the night sleep intervention, we find clear evidence of naps improving a range of outcomes, including their productivity, their cognitive function, and their psychological well-being, as well as some evidence on savings,” Schilbach says. “These two interventions have different effects.”

That said, naps only increased total income when compared to workers who took a break instead. Naps did not increase the total income of workers—nappers were more productive per minute worked but spent less time actually working.

“It’s not the case that naps just pay for themselves,” Schilbach says. “People don’t actually stay longer in the office when they nap, presumably because they have other things to do, such as taking care of their families. If people nap for about half an hour, their hours worked falls by almost half an hour, almost a one-to-one ratio, and as a result, people’s earnings in that group are lower.”

Valuing sleep as an end in itself

Schilbach says he hopes that other researchers will dig into some of the further questions the study raises. Further work, for instance, could attempt to change the sleeping circumstances of low-income workers to see if better sleep quality, not just increased sleep quantity, makes a difference.

Schilbach also suggests it may be important to better understand the psychological challenges the poor face when it comes to sleep.

“Being poor is very stressful, and that might interfere with people’s sleep,” he notes. “Addressing how environmental and psychological factors affect sleep quality is something worth examining.”

Moreover, using actigraph technology and other devices, Schilbach notes, it should be possible to generate in increased number of studies that capture people’s sleep patterns in their normal home environments, not just medical settings.

“There’s not a lot of work studying people’s sleep in their everyday lives,” Schilbach says. “And I really hope people will study sleep more in developing countries and poor countries, focusing on outcomes that people value.”

For his part, Schilbach says he is interested in continuing work on sleep that is set in the U.S., not just in India, where he has conducted much of his research. In any setting, he says, we should take the issue of sleep seriously as an element of anti-poverty research and public policy—and as an important element of well-being in its own right.

“Sleep might be important as an avenue for improved productivity or other types of choices people make,” Schilbach says. “But I think a good night’s sleep is also important in and of itself. We should value being able to afford to sleep well and not be worried at night. Poverty indices are about income and material consumption. But now that we can measure sleep better, a good night’s sleep should be part of a more comprehensive measure of people’s well-being. I hope that’s where we’re going eventually.”